Progressive Anglicans say they are “devastated” by a historic split in their church triggered by intractable divisions over same-sex marriage, and question whether a breakaway group can still consider itself Anglican.

Peter Stuart, the Bishop of Newcastle, apologised to the LGBTQI community. “I am sorry for the pain that you endure too often when Anglicans speak,” he said. North Queensland Bishop Keith Joseph described the split as an “error”. 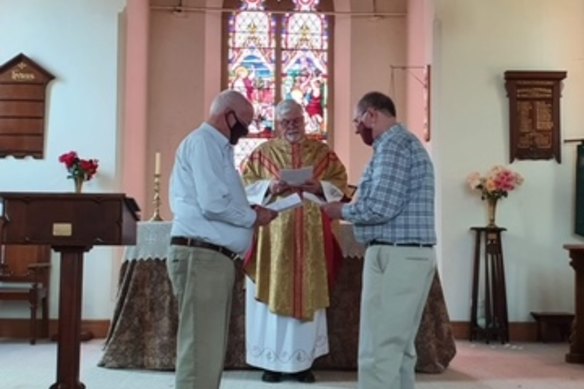 Clarence Bester, the Bishop of Wangaratta, said it was “a sadness that we discriminate against people and we use scripture as justification”.

The Reverend Elizabeth Smith, a priest in Kalgoorlie, said she was “devastated by the launching of a breakaway new church that calls itself Anglican but is a world away from most Australian Anglicans”, and backed her female bishop, Kay Goldsworthy, who attracted criticism for ordaining a male deacon living in a same-sex marriage.

The Herald and The Age revealed on Wednesday that Anglican conservatives, led by former Sydney archbishop Glenn Davies, had launched a new church, which they described as a “lifeboat” for religiously orthodox people who disagreed with their more liberal bishops.

Conservatives have declared the issue of same-sex marriage a “line in the sand” and are concerned that progressives within the church have put modern social justice considerations above the Bible’s “unchanging truth” that marriage is between a man and a woman.

The issue has torn apart churches around the world. It made headlines in Australia in 2019 when the Victorian diocese of Wangaratta voted to bless same-sex civil unions, beginning with that of retired Wangaratta vicar-general John Davis and his partner of more than 20 years, Rob Whalley, also a former priest.

But the ceremony was delayed when conservatives – especially those in Sydney – vocally objected. The issue went to a church court, which endorsed the original decision. The couple’s ceremony went ahead in November 2020.

“The roof hasn’t fallen in,” Davis told the Herald and The Age. “I think [same-sex love] is a second-order issue that is being made a first-order issue and I think that’s deeply unnecessary. This isn’t really about principles, it’s about power.”

Dorothy Lee, an Anglican theologian and priest, described it as a sad day for the church. “I think [the decision to launch a breakaway movement] is aggressive, and arrogant and absolutist,” she said. 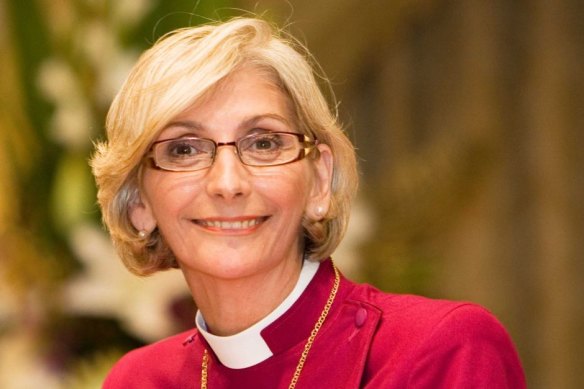 The Archbishop of Perth, Kay Goldsworthy.Credit:Anglican Diocese of Perth

“I think it’s tragic when churches split, and fail to hold together in unity despite the many things they have in common.”

Some also questioned whether the new church, the Diocese of the Southern Cross – which describes itself as a “separate and parallel” Anglican diocese – could legitimately call itself Anglican.

“You can’t straddle two different opposing institutions and get away with it,” he said. “You can’t do that and do what this [new church] is doing” In an opinion piece for this masthead, Anglican scholar Matthew Anstey said, “I suspect lawyers will be called upon for advice.”

Joseph said there was no trademark on the word Anglican, but the new group, and its global affiliate GAFCON, went “beyond classical Anglicanism”.

However, Tasmanian Bishop Richard Condie – who supports the new church – said it was simply providing a way for Anglicans whose views contrasted with those of their bishop to find like-minded spiritual leadership.

Similar breakaway movements had happened in North America and New Zealand. “That doesn’t mean that everybody who remains is not a Bible person,” he said. “Even in the most revisionist of diocese in Australia, they love the Bible and they want to live by it.

“But for some, receiving the ministry of [their] bishop is difficult,” Condie said.

“There’s no sense of triumph. There’s a sombre air of sadness about what’s happened.”

Condie said the new church was Anglican because it believed Anglican doctrine. “I don’t think there’s any issue of legality to be considered,” he said. “I think it is more confessional, it’s more about what we believe.”

The bishop of the new church, Glenn Davies, said the Diocese of the Southern Cross had not received, “nor are we likely to receive”, any inquires from Melbourne for affiliation.