PROTESTERS in Barcelona hurled Molotov cocktails and torched a police van as mobs demanded the release of a rapper arrested after he mocked the monarchy.

At least 10 were taken into custody for attacking cops during fresh unrest over the jailing of Pablo Hasel for glorifying terrorism and insulting the Spanish royalty. 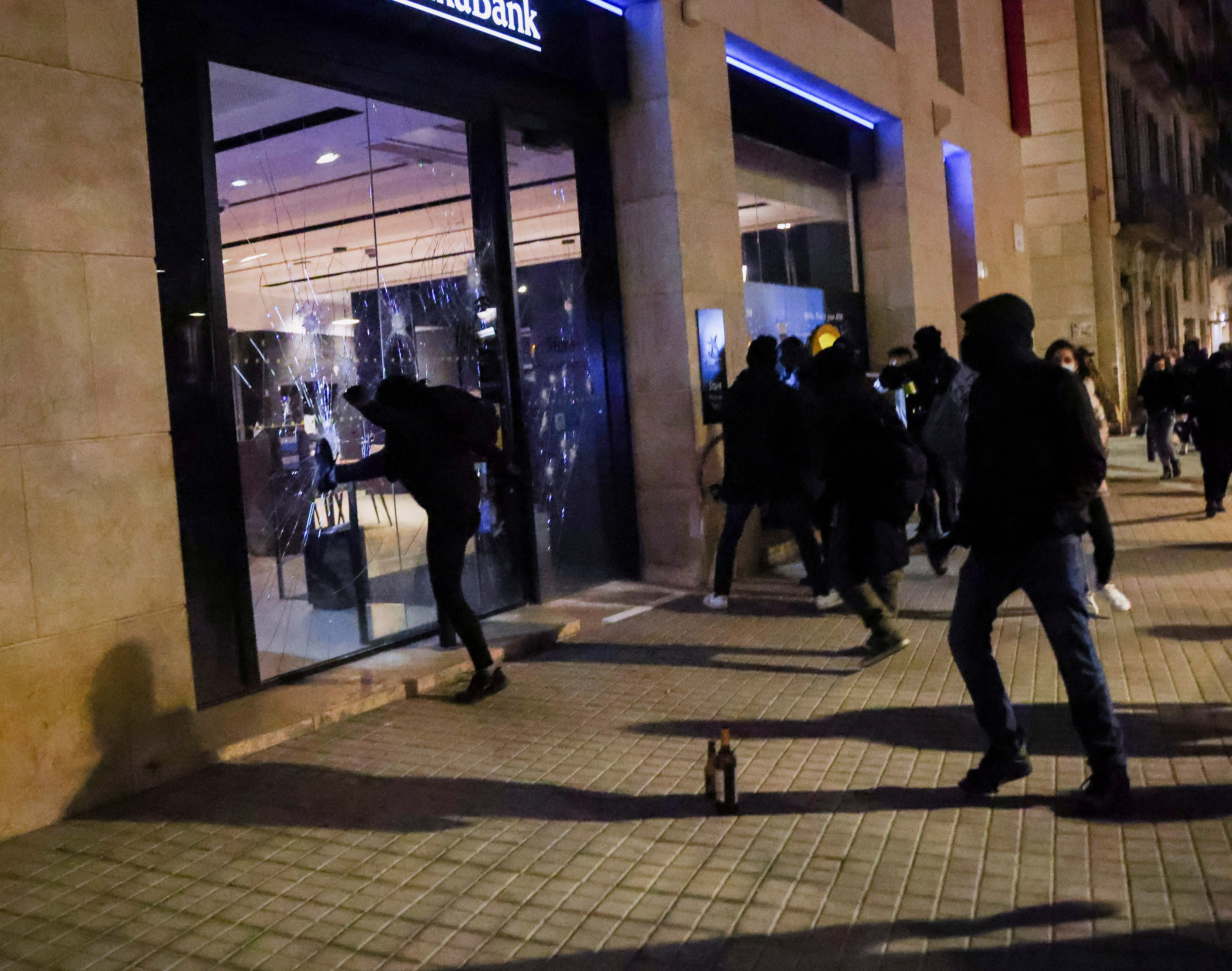 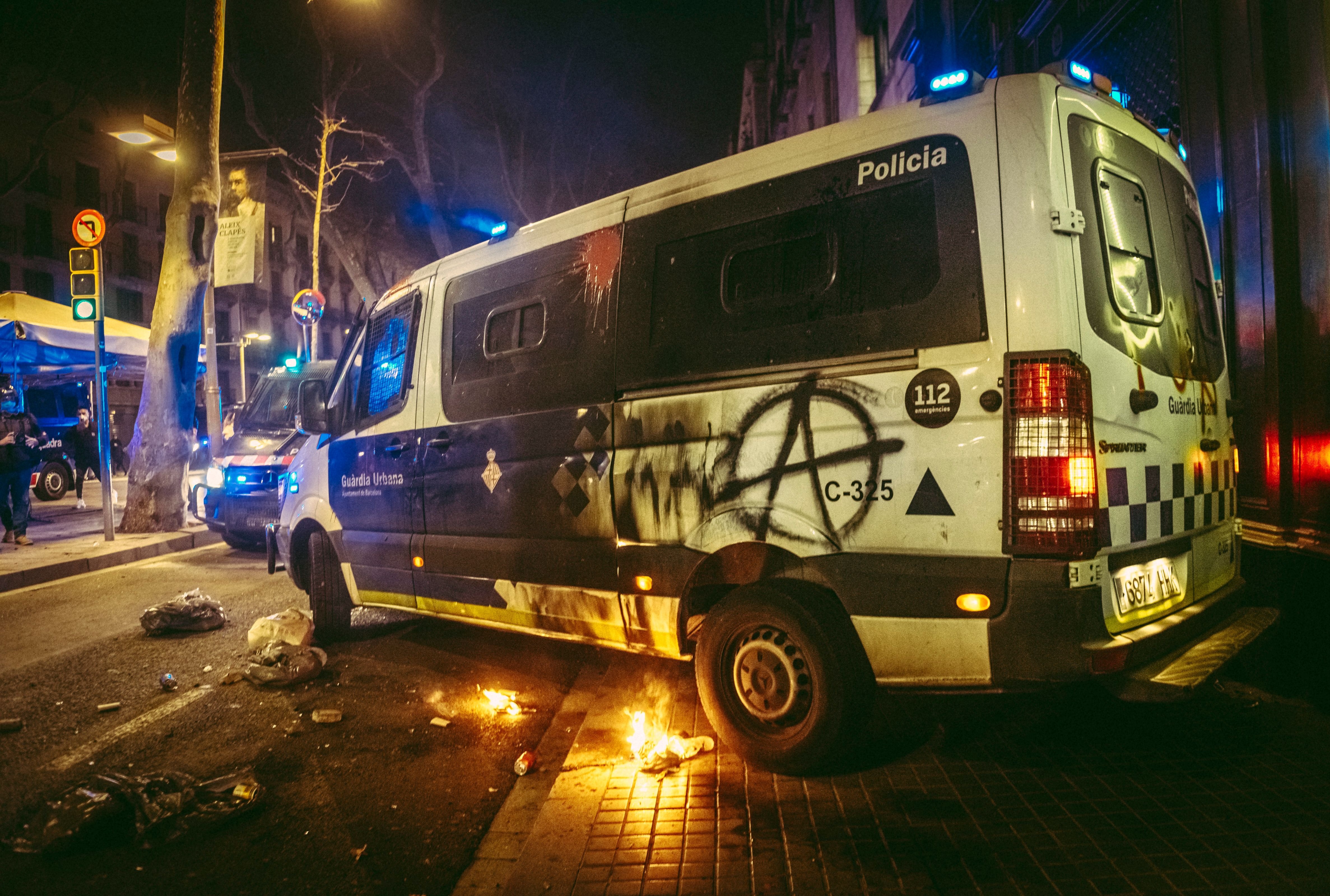 He was seized by officers on February 16 after failing to report to serve his sentence, prompting debate over freedom of speech and sparkingviolent protests in both Barcelona and Madrid.

On Saturday night, police in riot gear chased with protesters on the streets of Barcelona after they hurled glass bottles, set fire to the police van and smashed the fronts of shops and banks.

"Barricades and looting continue in the area of central Barcelona. For safety do not approach this area," Mossos d'Escuadra, the Catalan regional police, said on Twitter.

Some "hooded groups" were looting along the famous Rambla street, while firefighters tackled blazes in shops and banks, police said, adding there were "several banks with serious damage".

Earlier, some 2,000 people wearing face masks and carrying banners marched through the city to call for Hasel's urgent release. 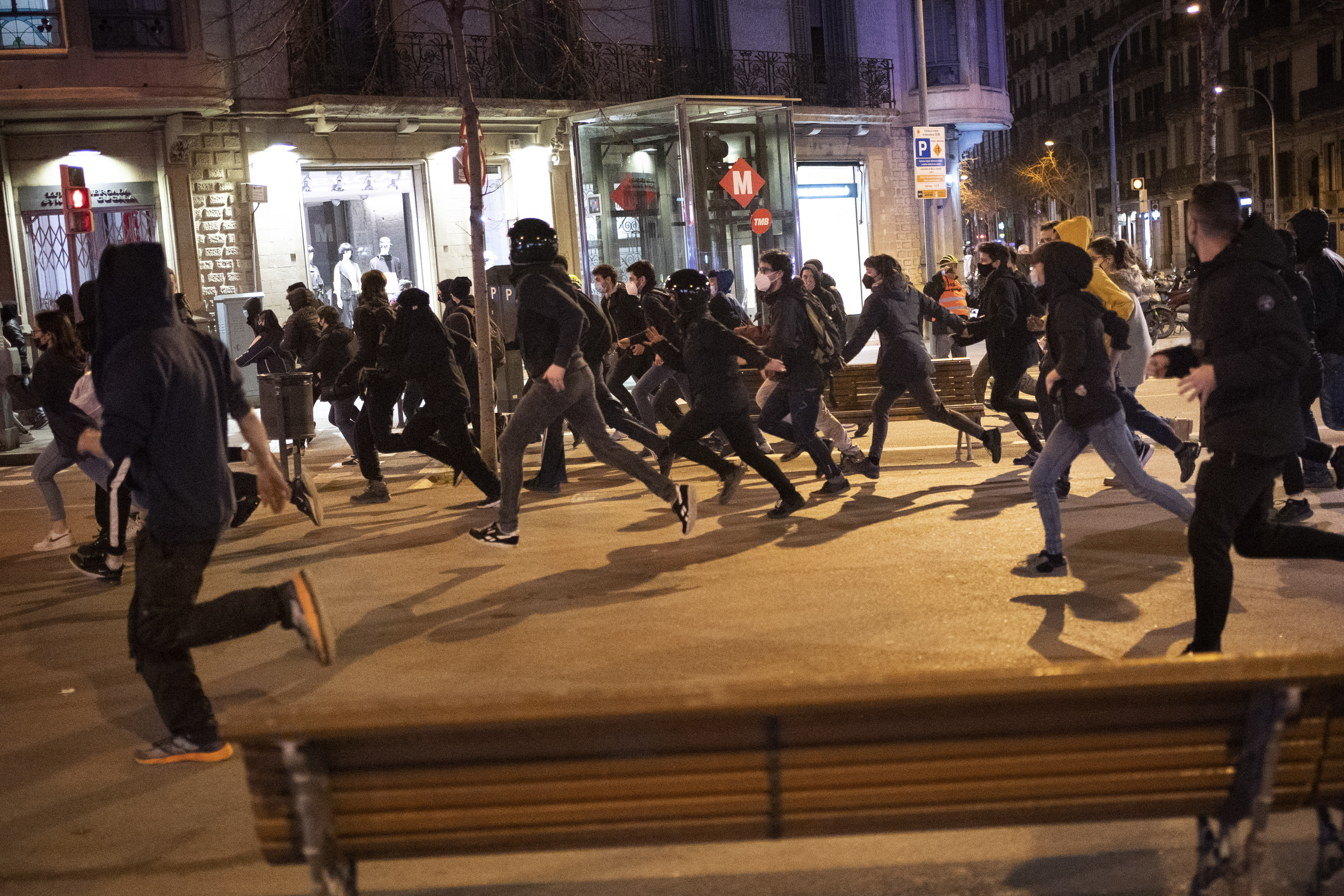 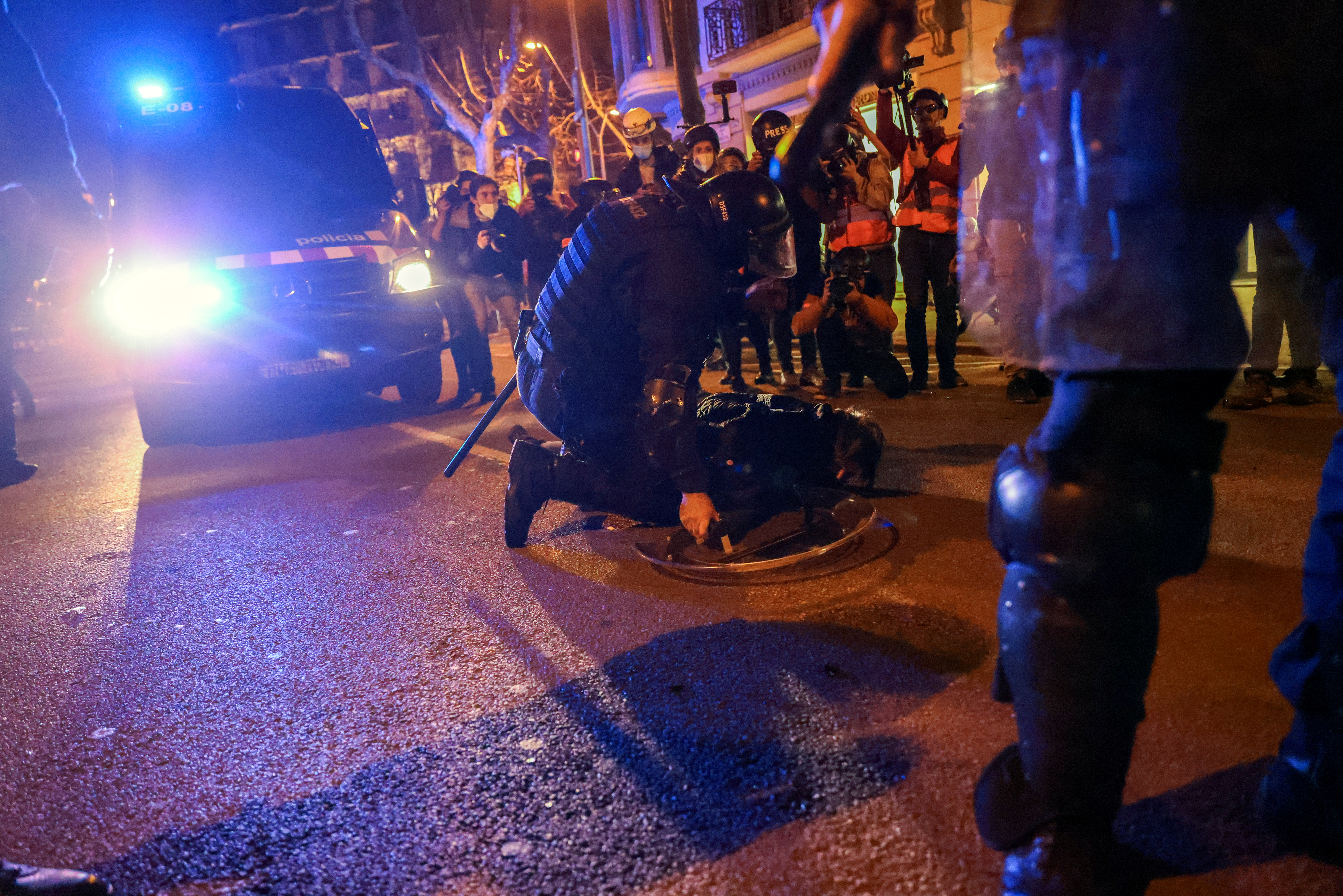 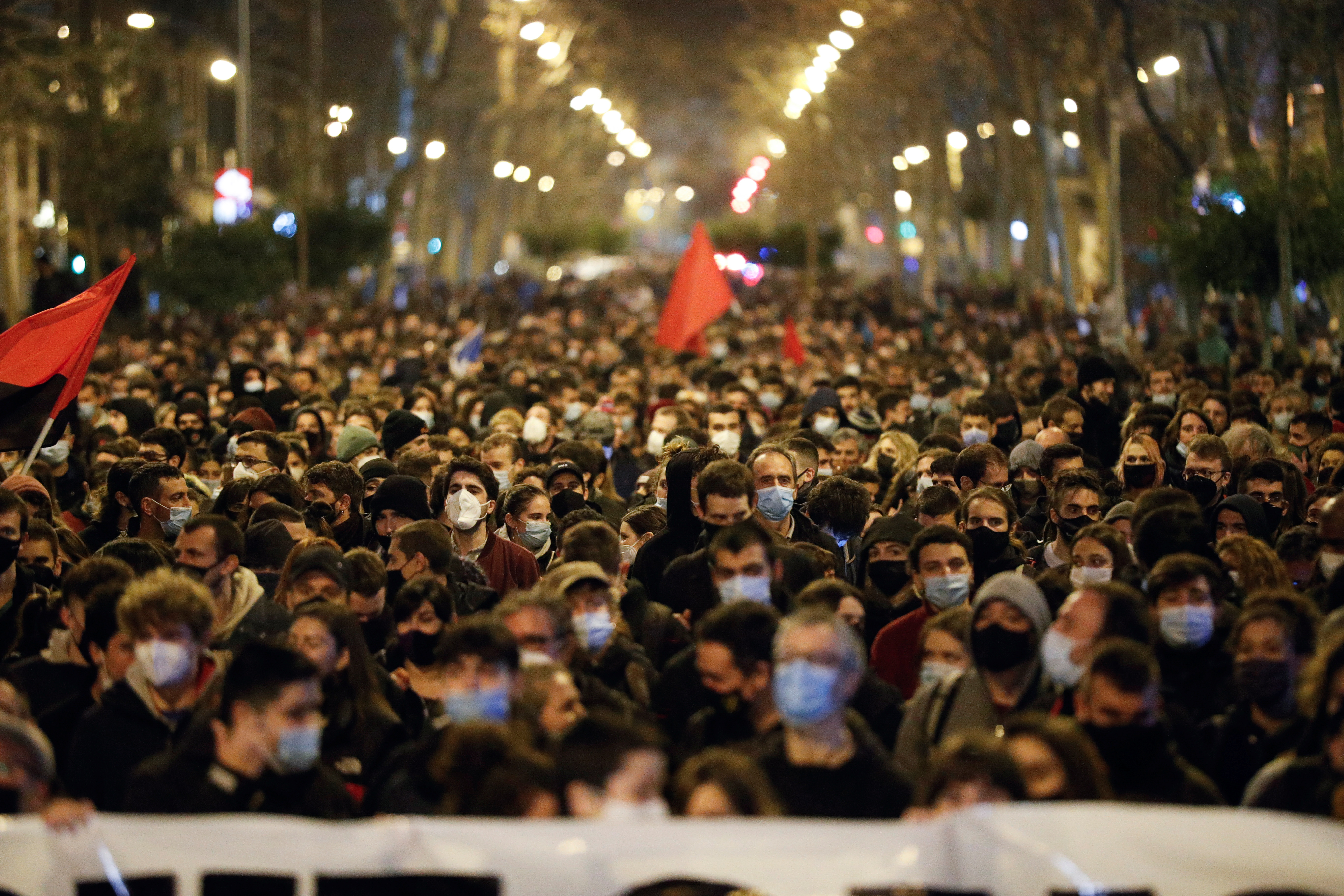 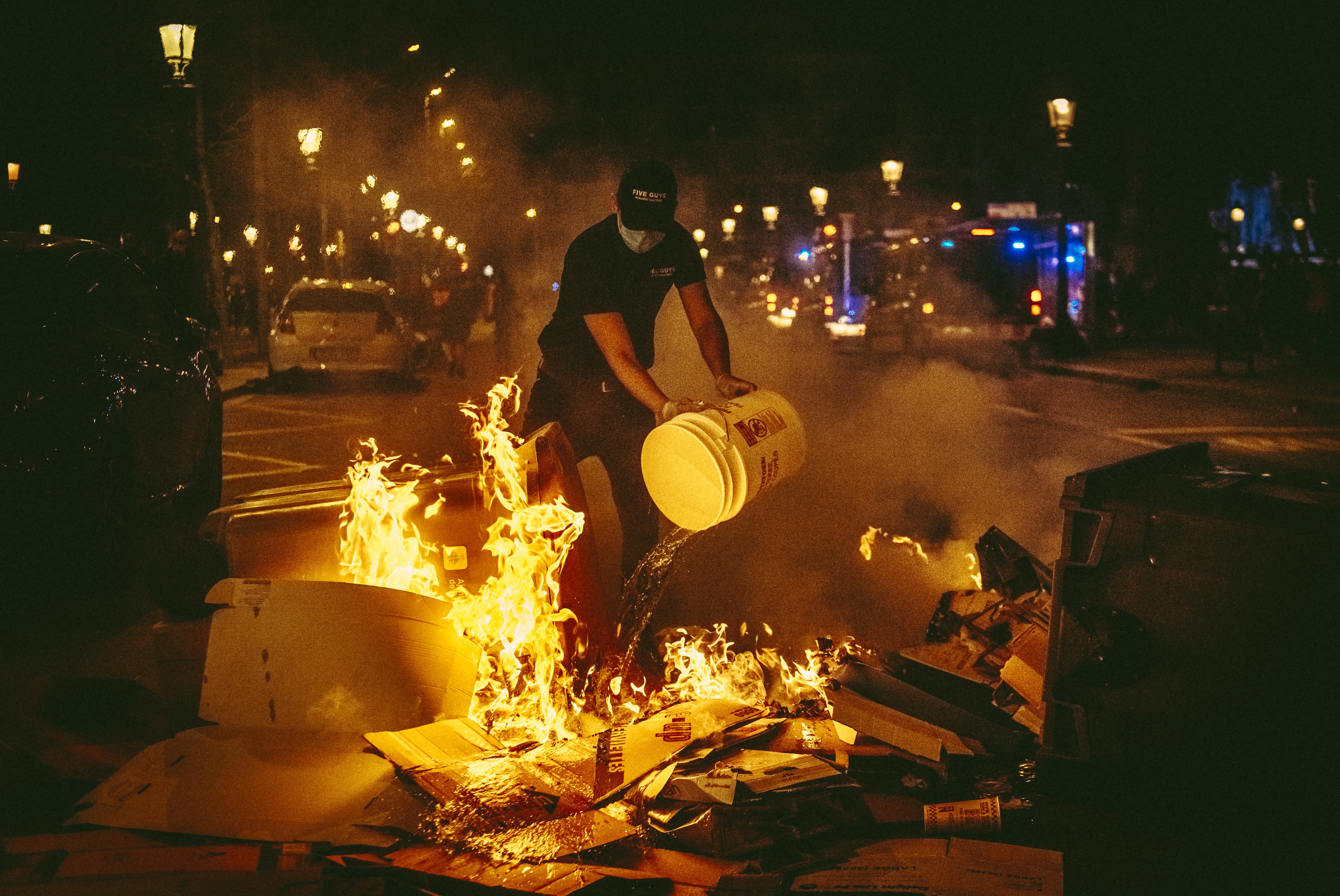 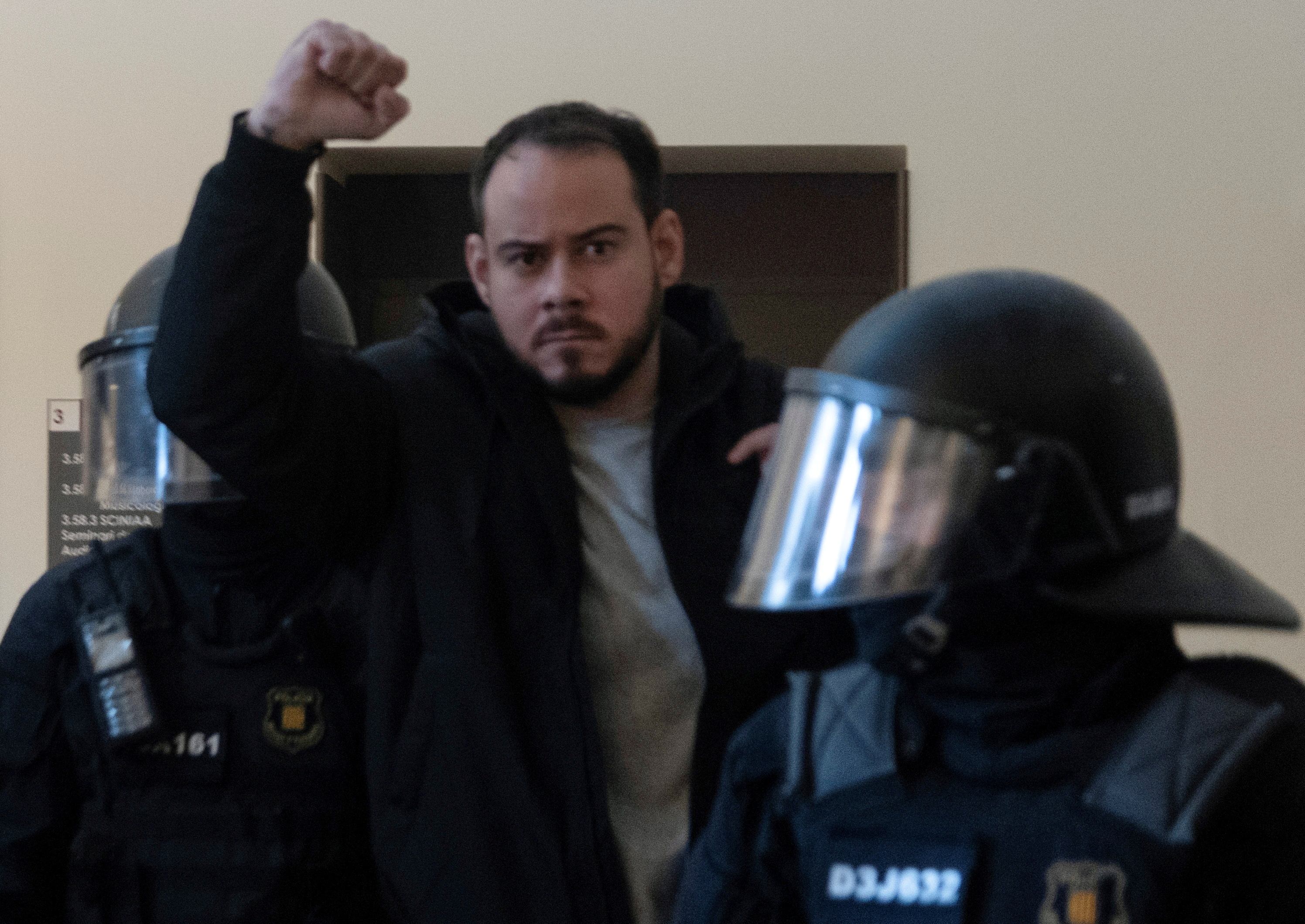 Hasel's case has put the spotlight on freedom of expression in Spain, prompting the government to announce it would relax free speech laws.

It has also highlighted the growing frustrations of many young Spaniards, from job insecurity to anger at Spain's political establishment.

Earlier this month, more than 30 people were injured and 15 arrested in a night of violence in Spain following Hasel's arrest.

As he was led to a patrol car after his arrest, Hasel raised his fist and yelled to television cameras: “They will never silence us. Death to the fascist state.”

The musician had earlier barricaded himself inside a university in his home city with supporters after missing a deadline to enter prison voluntarily. 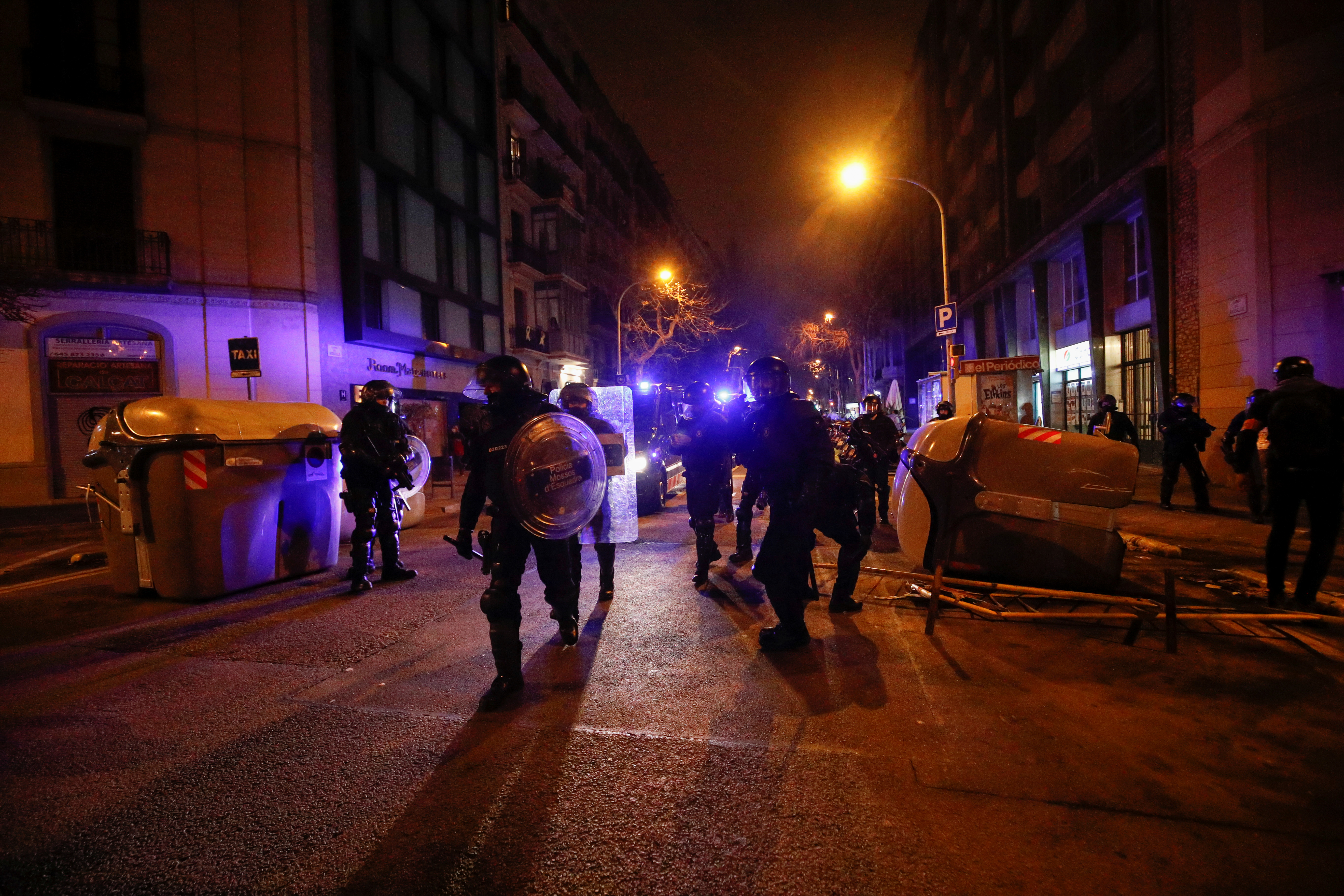 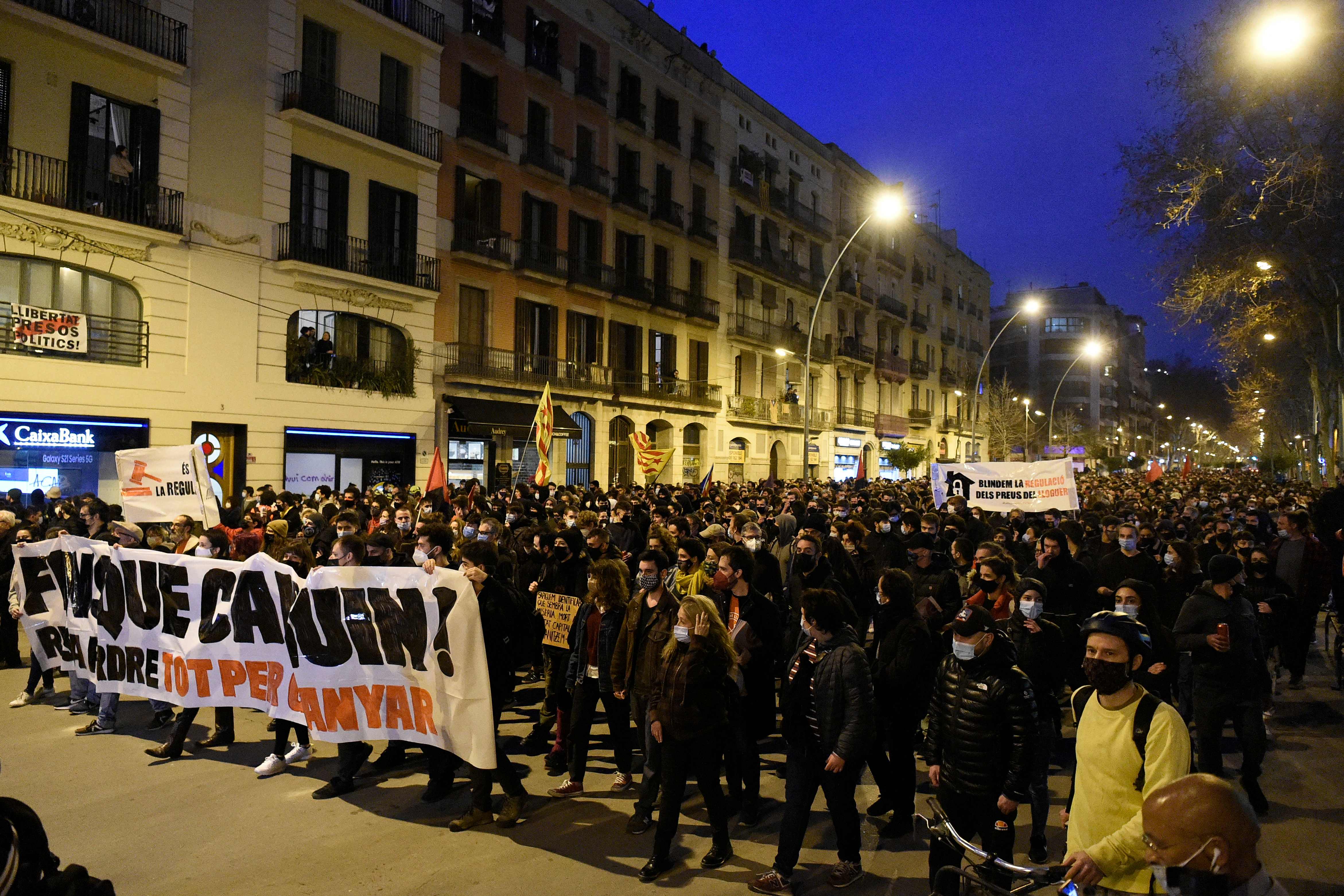 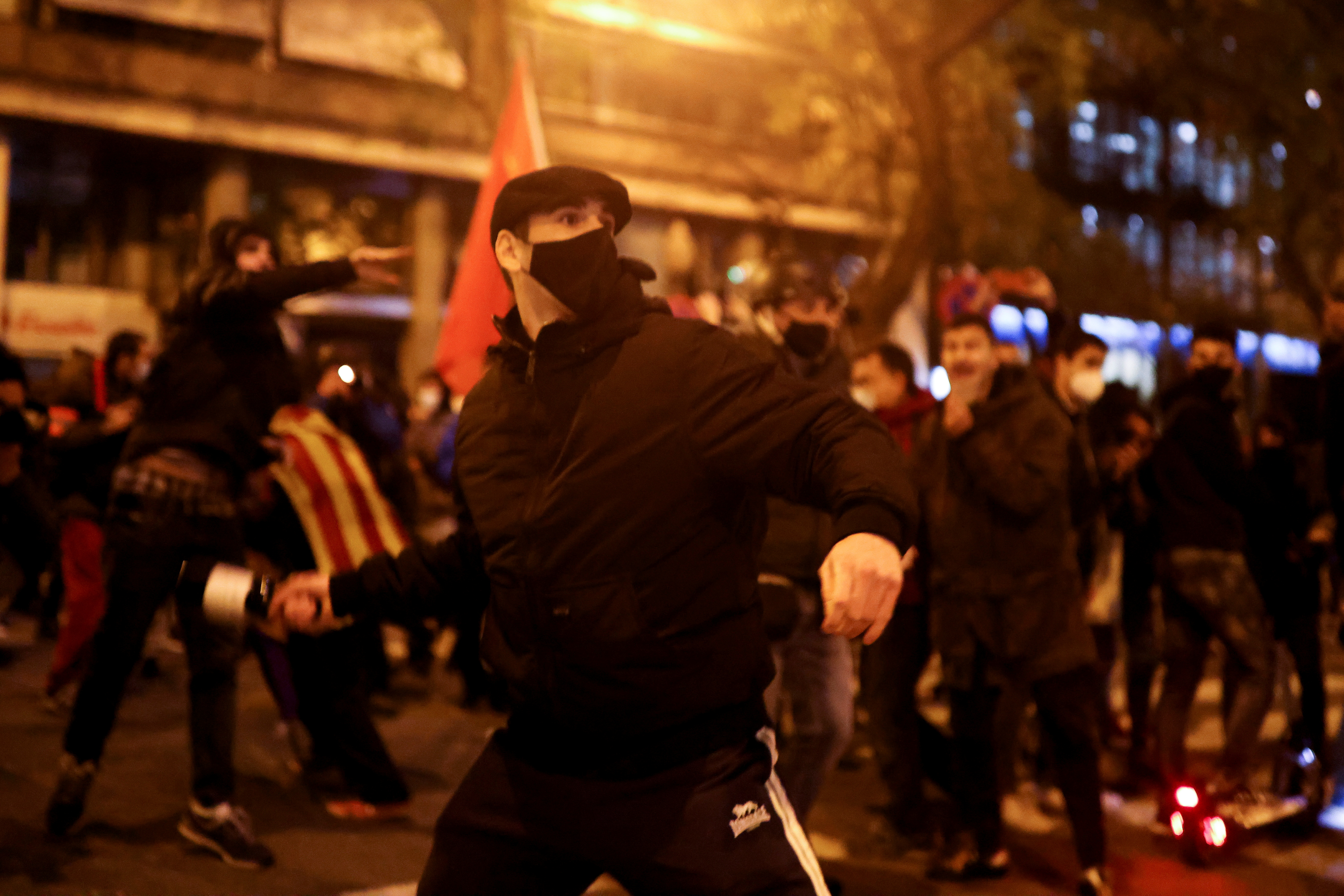 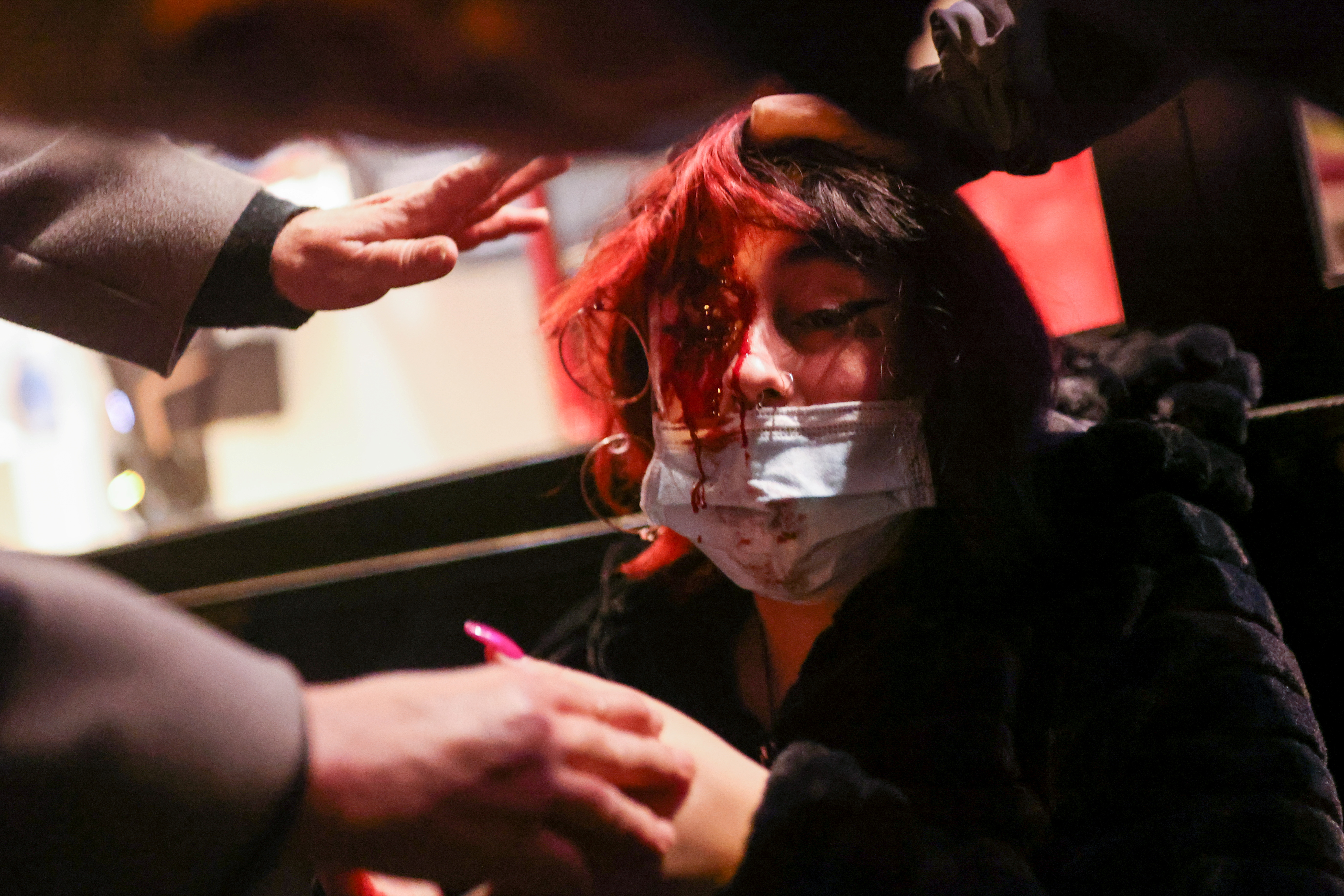 He was made to enter jail because of an earlier two-year prison sentence for glorifying terrorism in song lyrics, which ended up being suspended.

One of the lyrics said in Spanish: “I think about bullets that reach the necks of Nazi judges.”

The judges who convicted him found him guilty of hate speech which breached freedom of expression boundaries.

Prison sentences of two years or less for first-time offenders are normally suspended in Spain, which is why he was spared jail after his first conviction.

Basque separatist group ETA killed at least 829 people in a 40-campaign of bombings and assassinations.

It declared a ceasefire in 2011 and said it had dismantled itself for good in 2018.

Last week he was forced to deny reports he was seriously ill. He told a magazine he was in "perfect" health and did two hours in the gym each day. 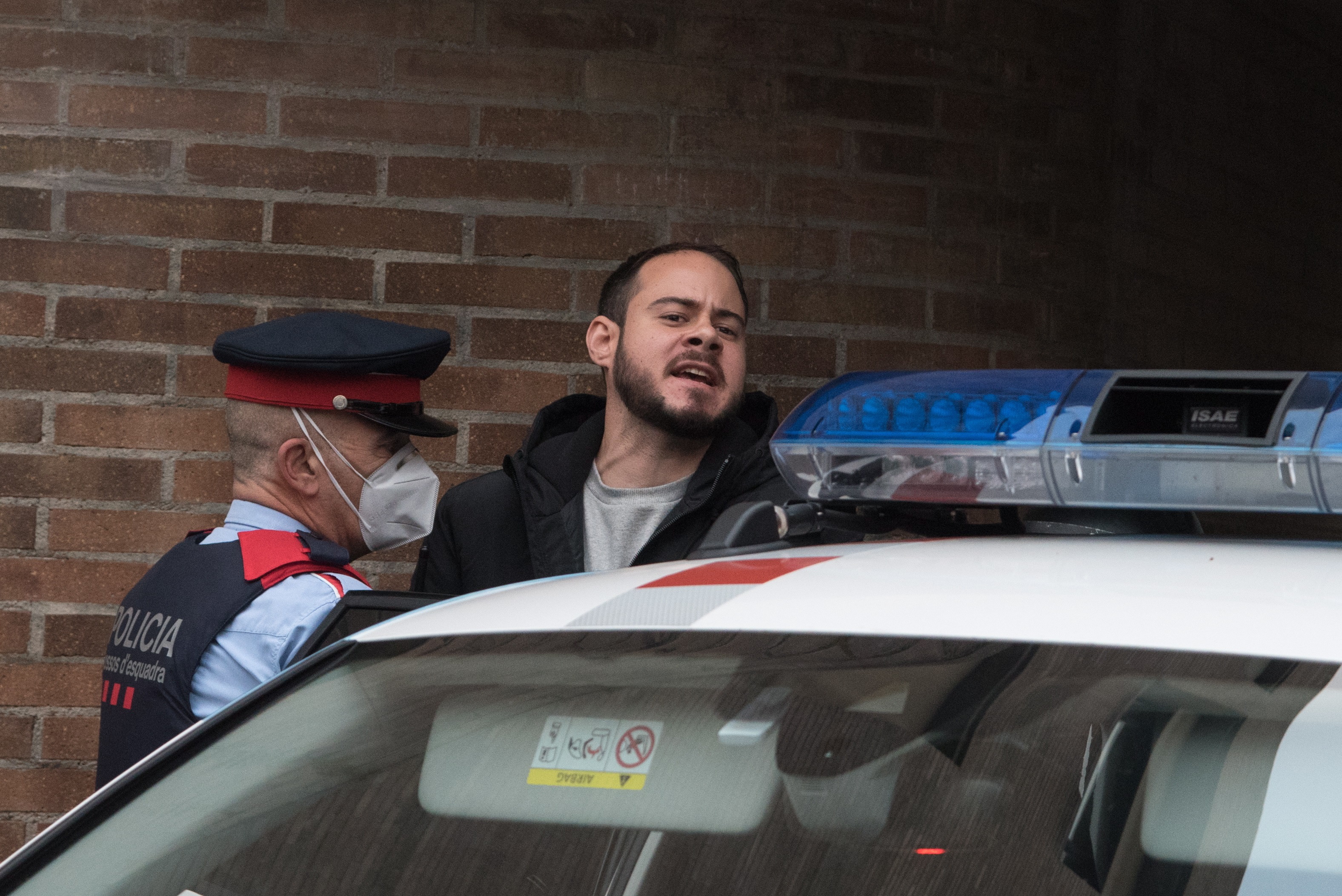 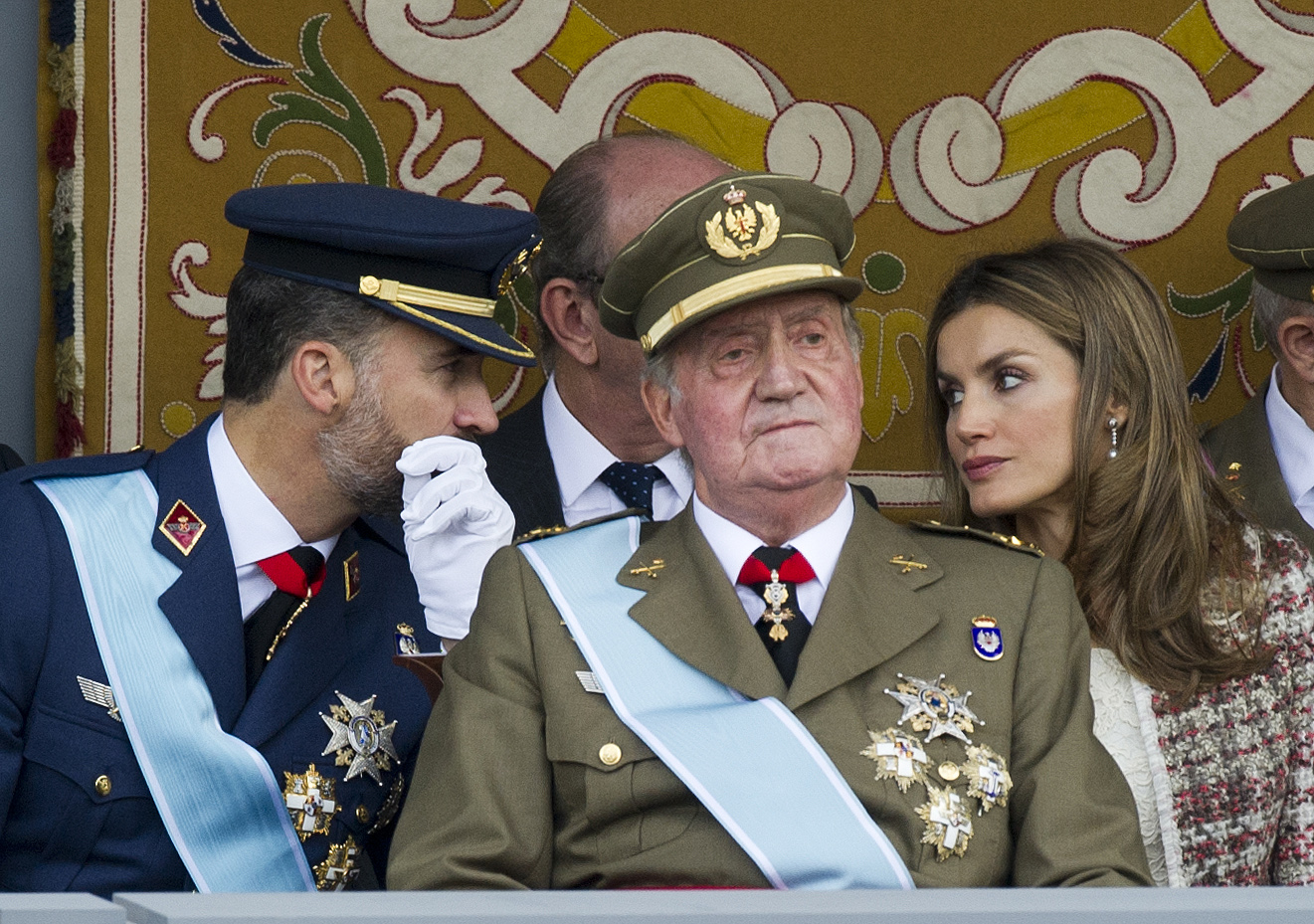 Barcelona, hurl, in, M, Protesters
You may also like: