Pub landlady, 53, dies of Covid as she lies in hospital bed planning funeral for husband, 62, who had been killed by virus two weeks before

A pub landlady has died from coronavirus while lying in her hospital bed planning a funeral for her husband who was killed by the virus just two weeks before.

Gail, 53, and John Evill, 62, landlords at The Conway Inn in Aberdare, south Wales, were admitted to Prince Charles Hospital in Merthyr Tydfil just before Christmas after developing severe breathing problems.

Admitted just days apart, 62-year-old pub landlord Mr Evill was eventually placed in intensive care before he died on Saturday, January 2, with his wife at his bedside as doctors switched off his ventilator.

But on Friday, January 15, widow Gail also died with coronavirus, aged 53, after spending her last days in a neighbouring ward organising an undertaker, coffin, and flowers for his send-off. 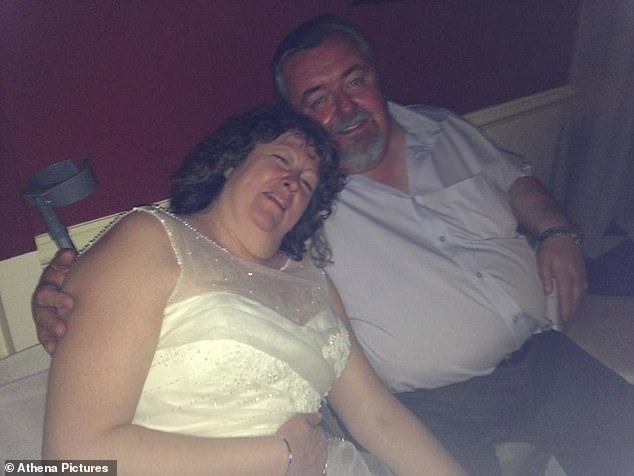 Gail, 53, and John Evill (pictured together), 62, landlords at The Conway Inn in Aberdare, south Wales, were admitted to Prince Charles Hospital in Merthyr Tydfil just before Christmas after developing severe breathing problems

Her last Facebook message to well-wishers following Mr Evill’s death read: ‘Thank you to each and every one of you. I’m still fighting this virus and I hope to be home very soon.’

However, her brother-in-law Charles Evill has revealed that, as her condition worsened, asthma sufferer Gail had refused to be transferred to ICU.

‘I just got the impression towards the end she missed John too much and thought: ”Enough is enough, I want to go”,’ said the 68-year-old retired carpenter and market worker from Brecon.

‘The day she died Gail got one of the nurses on her ward to ring me and her brother to say that, even though she was struggling to get enough oxygen to sustain herself, she’d turned down intensive care treatment.

‘Perhaps she didn’t want to go through the same thing that John did, I don’t know. It’s very sad.’ 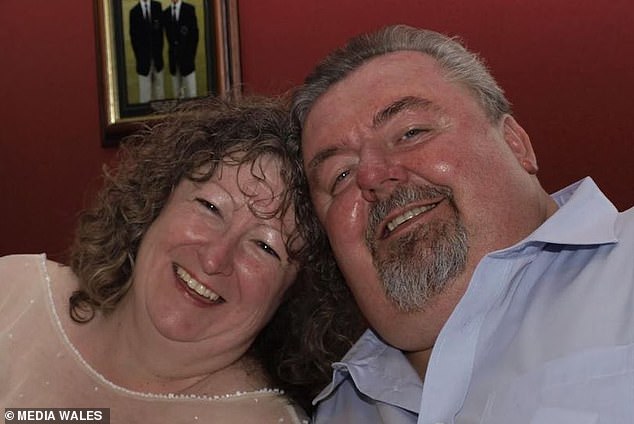 Admitted just days apart, 62-year-old pub landlord Mr Evill was eventually placed in intensive care before he died on Saturday, January 2, with his wife at his bedside as doctors switched off his ventilator

He added that, despite being very ill and laid up herself, Mrs Evill had still managed to register her husband’s death and sort things with the local undertaker.

‘She’d even ordered flowers and picked out his coffin from her hospital bed – ordered it from my niece in Somerset who makes caskets out of willow. That’s just the kind of person she was.’

Since then her family have been flooded with hundreds of tributes from pub regulars. ‘It’s been overwhelming seeing just how much love there was for them both,’ said Charles, adding that a joint remembrance service would now take place for the pair, who’d been married since 2014.

‘We’re hoping that the funeral procession can go through Aberdare town centre and past the Conway itself so those who can’t attend the funeral service can pay their last respects.’ 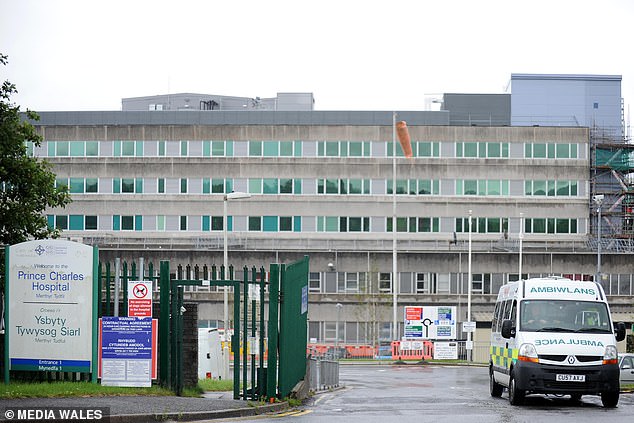 He added that both will be cremated and their ashes hopefully scattered at sea.

‘John used to work as a trawlerman back in the day and always wanted to be buried at sea but, given all the current rules and regulations regarding Covid, it looks like we’ll have to rethink that.

‘I’m going to talk to Gail ‘s family about the possibility of both their ashes being scattered together.

‘They had a place in Malta that they’d recently bought with their savings but never got the chance to actually enjoy.

‘Both of them loved the island, so off the coast there seems like the obvious choice.’

Charles added that once coronavirus restrictions lift and the pubs re-open he hopes the running of The Conway will eventually be taken over by another member of the family.

COVID-, dies, in, landlady, of, pub
You may also like: