A SHOCKED pubgoer claimed to have found the world’s longest chip — but was then accused of doctoring his dinner.

Sam Mumford, 29, posed for a snap with the extra-lanky carb measuring more than a foot-and-a-half long. 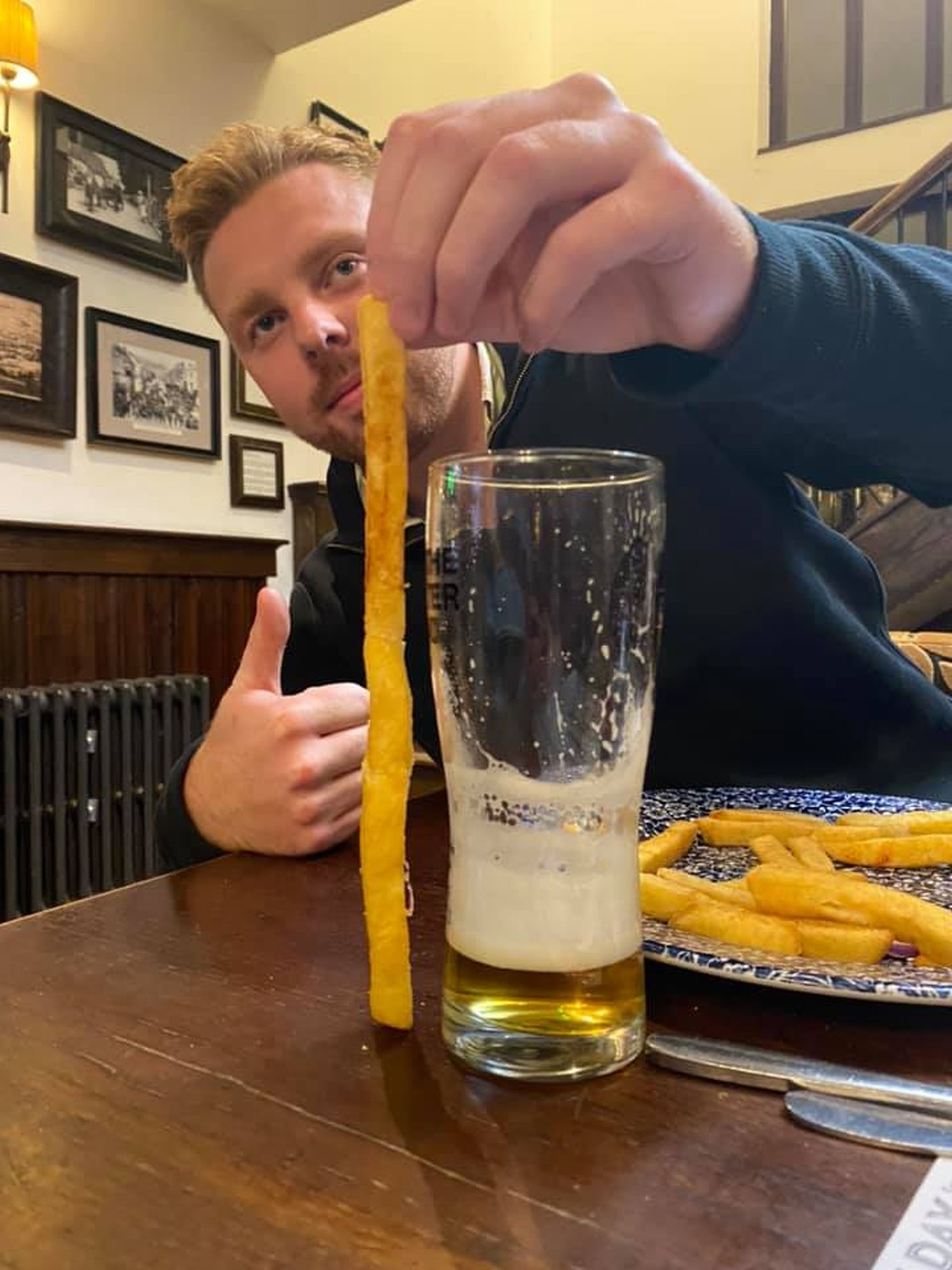 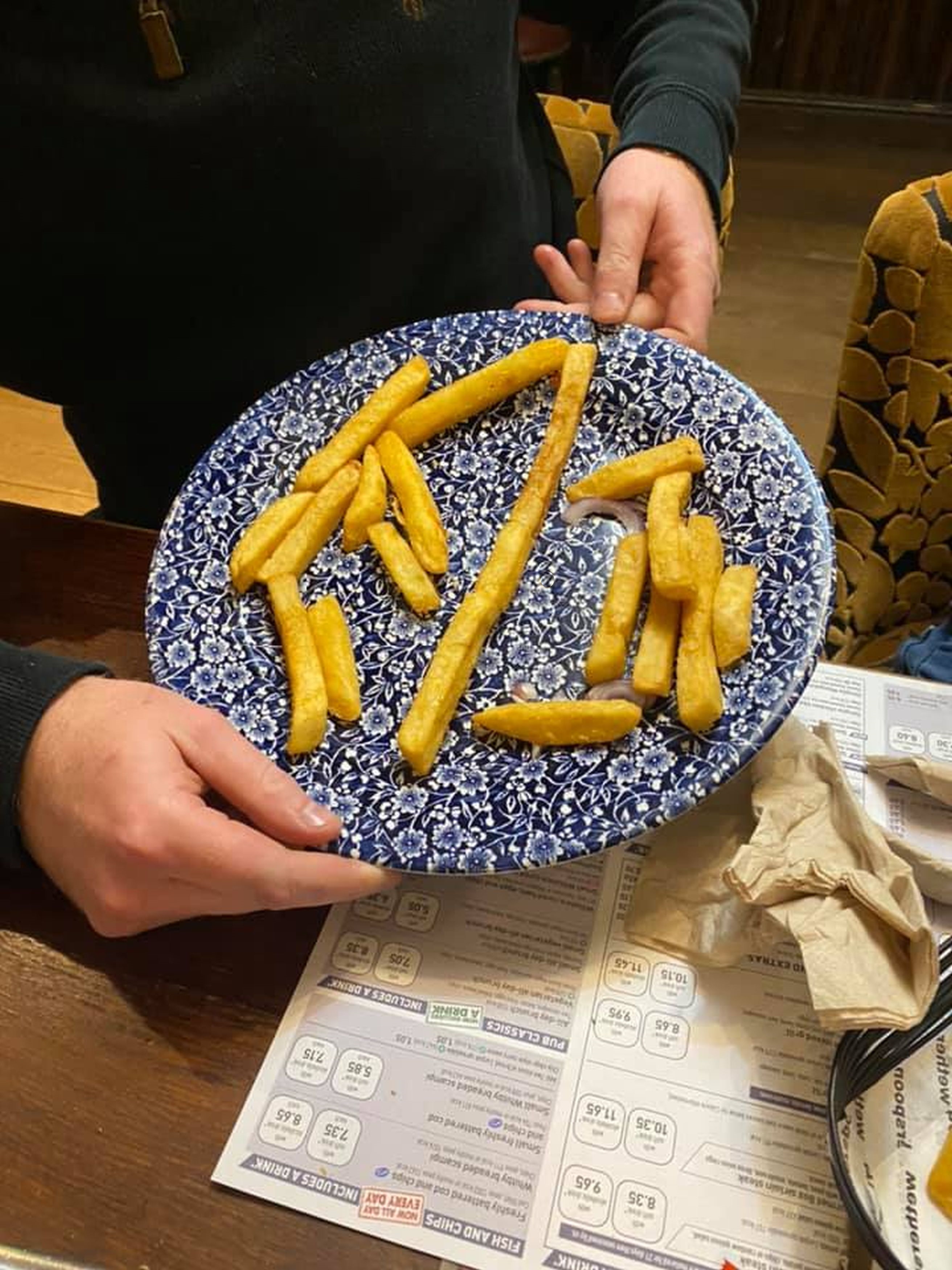 The deep-fried freak towered over the pint of beer accompanying his chicken burger at his local Wetherspoons.

The hospitality worker could not wait to show it off on the pub chain’s Facebook fans’ page.

He said: “Forty-two chips served tonight with a chicken burger, along with the world’s longest chip — the size of a pint of Brewdog.”

Some praised him for his “utterly massive length” but others accused him of cheating. One follower commented: “That’s clearly two chips held together, Sam. Do you think we were born yesterday?”

But Sam hit back with another snap of the 47cm fry, adding: “For the haters in the comments section, here’s verification of my magnificent chip — 18.5in of pure goodness.”

However, it failed to satisfy the sceptics, with one saying: “Send over an adjudicator.” Wetherspoons said it could not verify the length of the chip served last Friday at The Black Boy in Newtown, Powys.

But spokesman Eddie Gershon said: “It is a whopper of a chip. It’s great Sam took a photo for posterity. Hopefully he enjoyed eating it too.”

In June, eight-year-old Ethan Emms, of Stamford, Lincs, was said to have found the world’s longest chip — at 22cm. 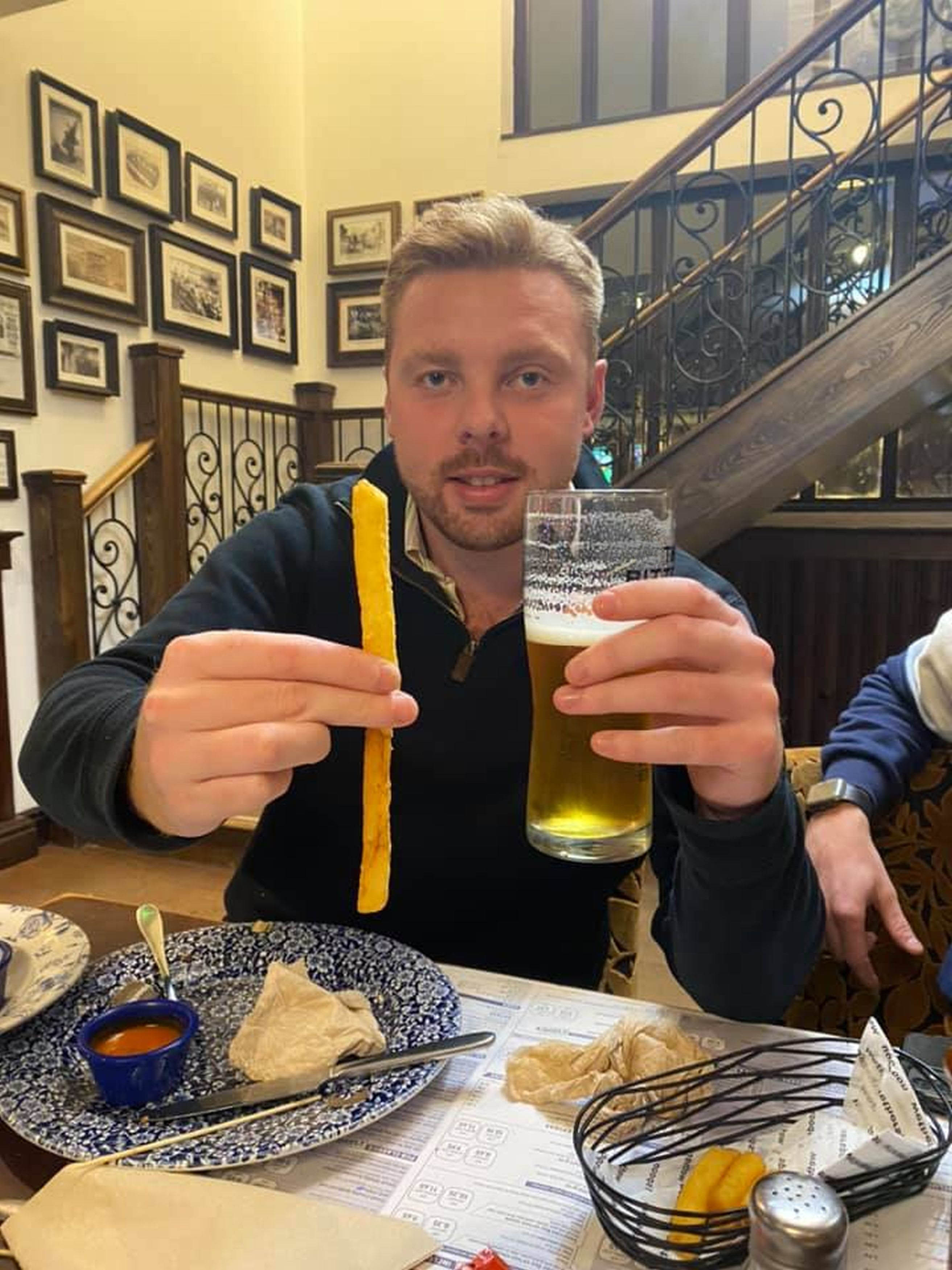 claiming, found, have, pubgoer, to
You may also like: