Follow
Home » World News » Quarter of Brits deck out their TOILET with tinsel, wreaths and stockings for Christmas, study finds

NEARLY a quarter of Brits admit decking out their TOILETS in a bid to embrace Christmas, a study has found.

In a study of 2,000 adults, one fifth admitted to adorning every single room in their house and 23 per cent claim they usually spruce up the bathroom to some degree. 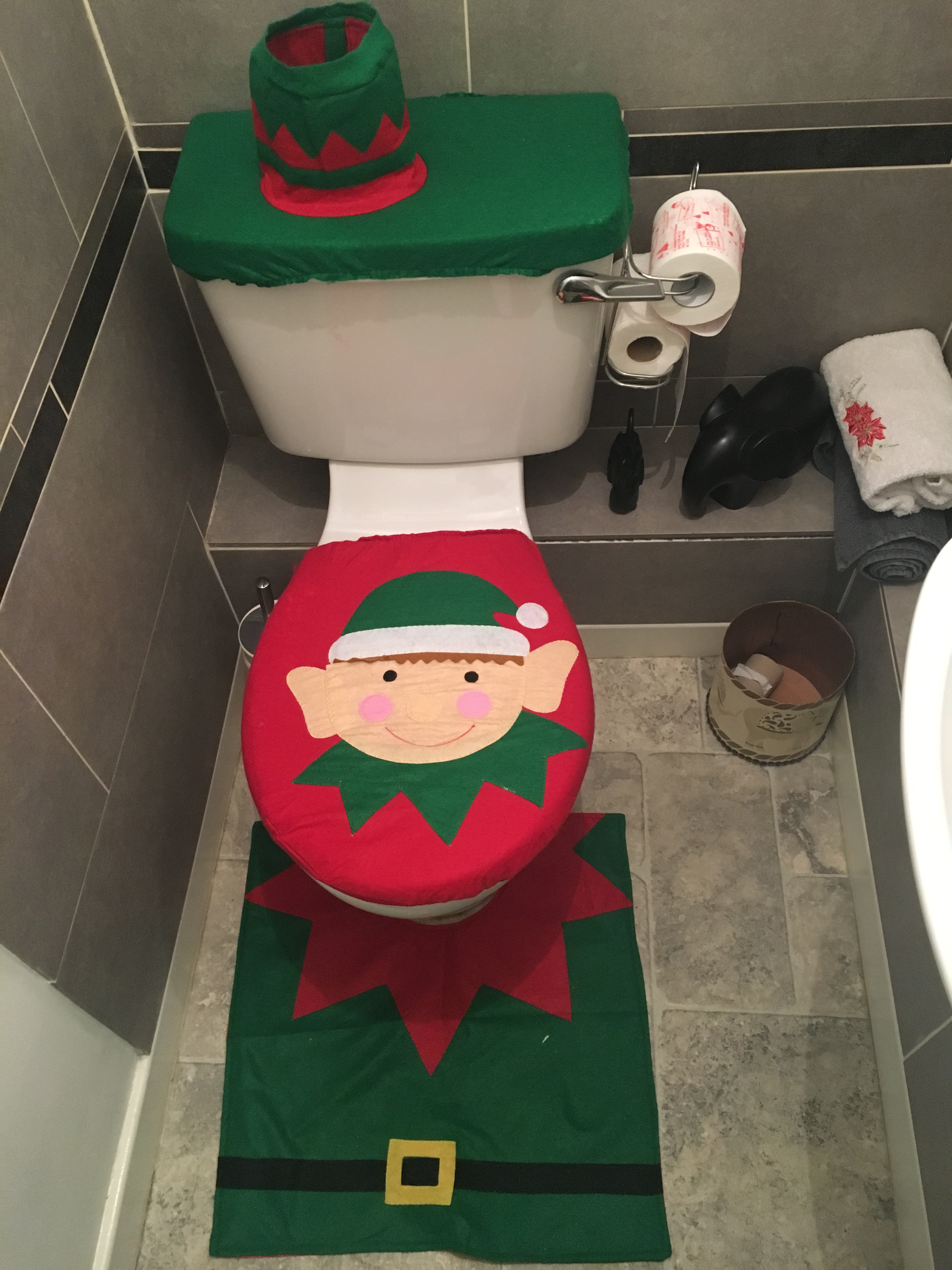 Of these, around £40 will be spent on fairy lights, ornaments, little trees and scented candles to add festivity to the lavatory.

Other adornments likely to make an appearance in the toilet include wreaths, tinsel, stockings and seasonal towels and bathmats.

An astounding eight in 10 are inspired by the idea of making a trip to the loo more fun this time of year.

Identifying decorations as an emerging trend, shower manufacturer Triton is on the hunt for a festive fanatic to win the most Christmassy bathroom ever.

Spokesperson Tina Simpson said: “There is a general feeling among Brits that Christmas is a time to go all out, and this year looks set to be the biggest and the best.

“Decorating the home used to see people popping up a simple tree and hanging garlands around the living room, with a stocking on the fireplace.

“This progressed to Christmas trees outside, lights hanging off the house, inflatable reindeer and stop signs for Santa.

“And now the bathroom has joined the mix, becoming a space people want to pay as much attention to as the rest of the house, with festive loo roll, hand towels and shower curtains all making an appearance.”

The study found festive teddies, reindeer, Elf on the Shelf and even strings of popcorn have made their way into the nation’s bathrooms.

It emerged one quarter of those polled admit their Christmas decorating used to be quite low-key but has become more and more elaborate over the years.

Furthermore, 20 per cent admit they worry about being judged if their house doesn’t look perfect for December.

But the family doesn’t make it easy for people to keep their homes looking like something out of a Christmas catalogue, with 45 per cent being far messier this time of year.

As many as 23 per cent feel under enormous pressure to make sure their festive adornings are always jaw-dropping, and 52 per cent say they take sole responsibility for making sure the house is adequately adorned.

More than a third have even argued with a family member because they were the only one taking things seriously.

However, four in 10 said getting the house ready for the celebrations is their favourite and most enjoyable thing about the festive season, although more than one in 20 will be careful to ensure their decorations aren’t too tacky and are well received.

Tina Simpson added: “The bathroom can provide a safe haven over the festive period, so it’s no surprise that the nation is upping the ante when it comes to embellishing this much-used room.

“To celebrate the rise of seasonal stalls, we’re searching for the UK’s most festive bathroom.

"From tinsel-framed vanity units, through to a blow-up toilet-side Santa – if you have a Christmas-obsessed bathroom, we want to know about it!”

To enter Triton’s competition to find the most Christmassy bathroom, click here. 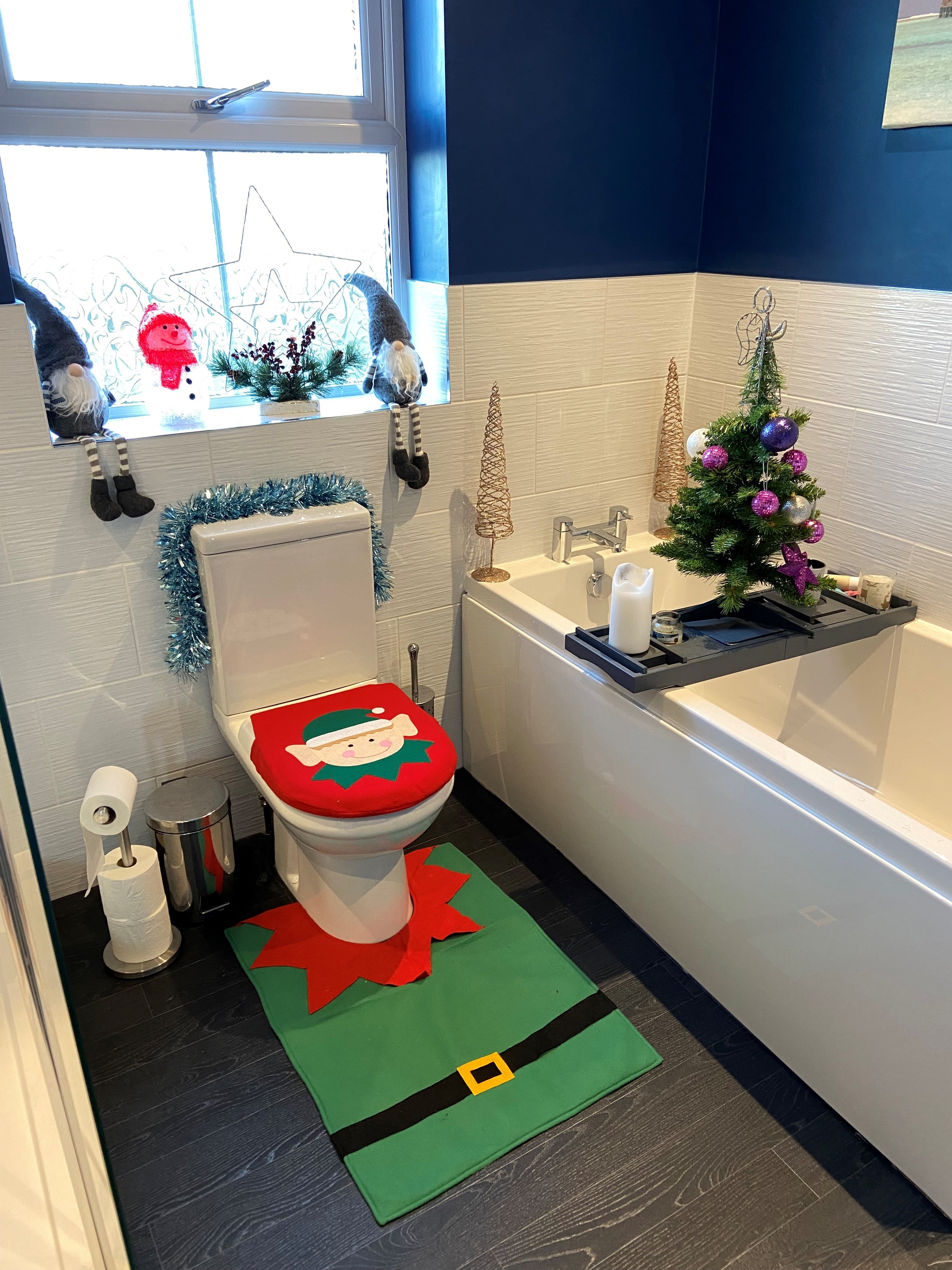