The Met Office has issued a day-by-day weather forecast for Westminster as scores of people descend on the capital to pay their respects to the late Queen lying-in-state. People will be able to file past the closed oak coffin from 5pm tomorrow at Westminster Hall, but that has not stopped the crowds starting to form early in preparation for one of the most poignant sights in history. Additional police and officials have already been drafted in, and people have been warned they will be waiting for more than 30 hours as queues stretch back for miles down the Thames river bank. Government statements ask people to dress for all weather fronts, and for them to come equipped with food and drink to consume while they wait.

The Queen’s coffin will lie in state for 24 hours a day right up until around 6.30am on the day of the funeral, Monday, September 19.

Those who are queuing, which is estimated to be around 750,000 to one million individuals, must remain in their place, as those nearest the front will be issued wristbands to stop people from swapping over during the extremely long wait.

This means individuals, families, and groups who are willing to stand in central London come rain or shine will quite literally have to brave all elements, including cold overnight temperature drops.

The Met Office has exclusively given Express.co.uk a run down for Westminster’s weather from today, September 13 right up until next Monday. 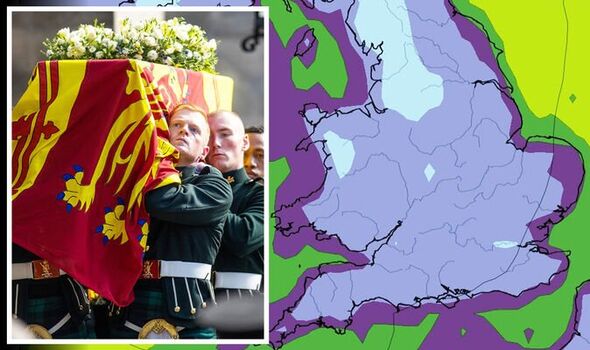 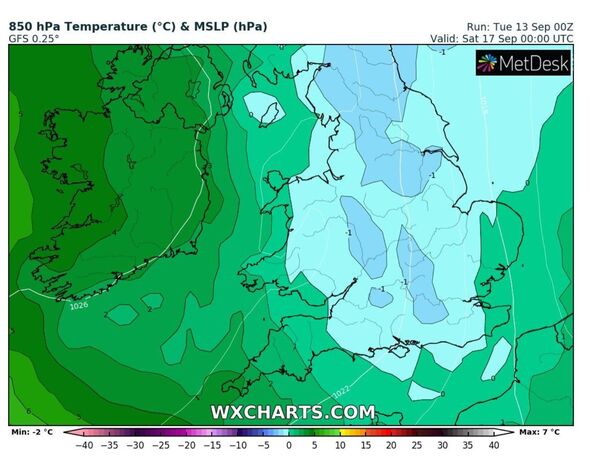 On Tuesday, early queue members erected tents and umbrellas to shield themselves from the light downpours and sat among each other drinking hot drinks to keep their spirits up.

Spells of rain which will become heavy at times will move over parts of southern UK today and tonight, according to the Met Office.

The top temperature for Westminster on Wednesday is 22C – potentially the warmest day of the week. It will be a mild night with temperatures sticking at 17C. Met Office spokesman Oliver Claydon said: “Generally, a quiet period from Wednesday onwards with no warnings expected as high pressure dominates west of the UK holding Atlantic frontal systems at bay.

“It will still be warm on Wednesday. Otherwise, much cooler by day and night than last week.” 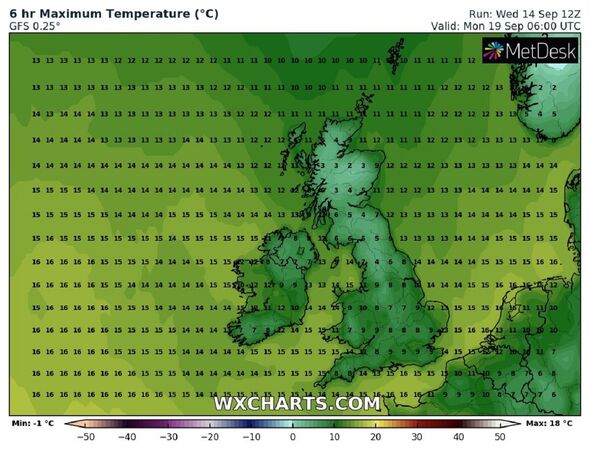 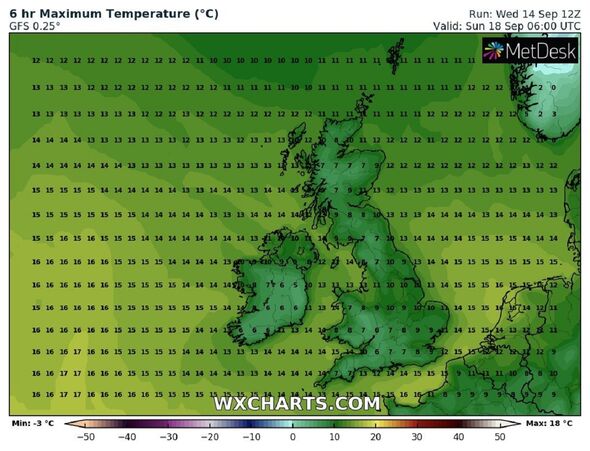 Thursday and Friday, September 15 and 16

Thursday will far cloudier, albeit dry. The top daytime temperature will be 20C, dropping to 12C by midnight.

Then on Friday, the mercury will drop to 17C in the day, with some bright spells and some cloud. Thermometers will record a drop to 11C.

Saturday and Sunday, September 17 and 18

The weekend will be mostly settled – with temperatures reaching 17C on both days, and dipping to around 11C at night.

Both days will be dominated with sun and cloud, but no rain is forecast.

Crowds will continue to line the streets of London as the Queen is laid to rest at 11am at Westminster Abbey. The Met Office so far is predicting good weather for this day.

Mr Claydon added: “The settled spell of dry and fine weather is likely to continue into the start of next week with high pressure remaining dominant across the UK.

“Monday looks likely to be cloudy with some sunshine in the south, cool overnight but perhaps feeling warmer again by day in lighter winds. Thicker cloud and some rain may push into the far northwest of the UK on Monday.

“Some isolated mist and fog patches possible overnight, but these clearing by mid-morning where they do form.”