Racing pigeon owner flies 4,000 miles to Alabama to be reunited with his prized bird who ended up there after getting lost on its way back home from Gateshead

A dedicated racing pigeon owner has been reunited with his prized bird after flying 4,000 miles to Alabama to bring it back to the UK after it got lost on its way home.

Alan Todd was worried sick after Bob the pigeon failed to return home from its journey from Guernsey to Gateshead, which should have taken between eight and ten hours.

But Mr Todd was shocked when an animal shelter in Alabama informed him that Bob had been spotted thousands of miles from home.

Luckily, an elderly man had found the well-travelled bird in his garden in Mexia, Monroe Country, Alabama and could not get rid of it.

When The Monroe County Animal Shelter were called in to help the elderly man, they could not believe Bob was in fact from the UK after checking the bird’s microchip.

It’s thought that Bob, whose racing career has now come to an end, may have caught a lift on a cruise liner or an oil tanker to get to the US. 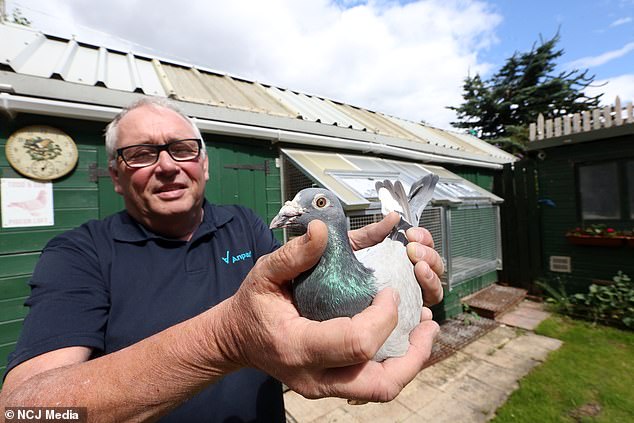 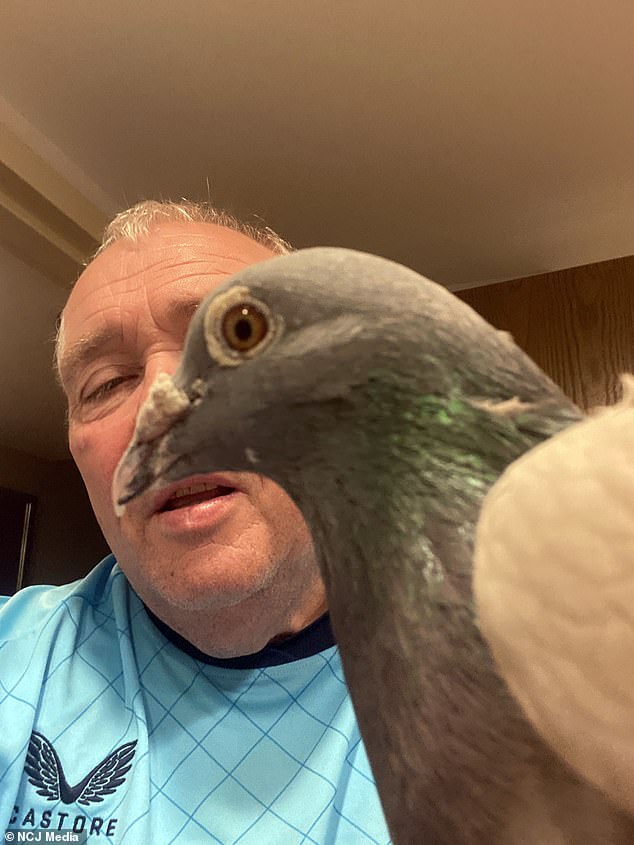 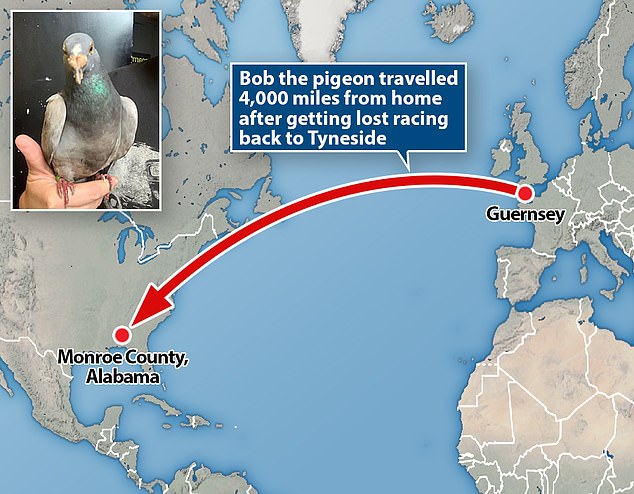 Bob the pigeon racer travelled 4,000 miles from home but that did not stop owner Alan Todd flying over to the US to collect him

The dedicated owner embarked on a mission to fly Bob back home and this time arranged for the pigeon to fly home in a safer, more conventional manner – courtesy of British Airways.

Now safely back home with Bob, Mr Todd said: ‘It’s one of these stories you find hard to believe. It’s the first time he has been missing, he’s never gone off track like this before.

‘When good pigeons go missing, you worry that he’s been killed by a bird of prey or he’s got stuck somewhere.’

Mr Todd was quite disheartened when he was first reunited with Bob who did not look like his usual self.

‘He was in a bit of a state, he looked really run down. He was soaked, his feathers were soaked,’ Mr Todd said.

‘It was quite upsetting actually to see him like that but I was just glad he was safe.’ 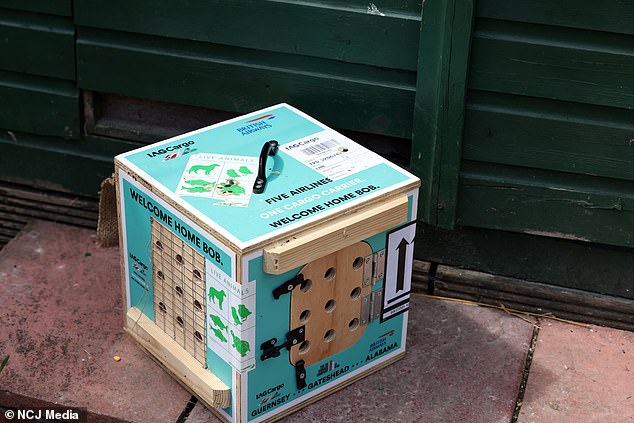 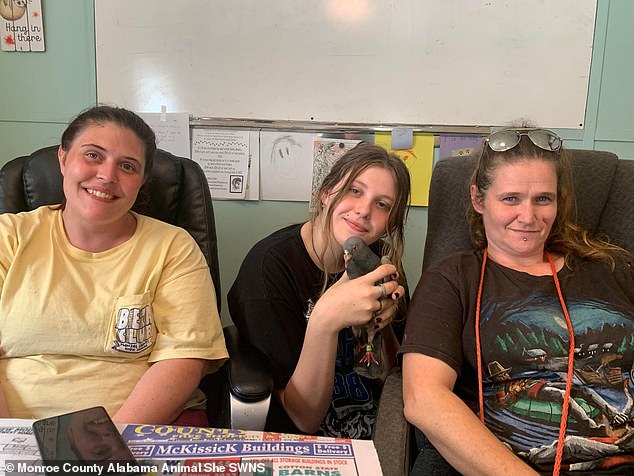 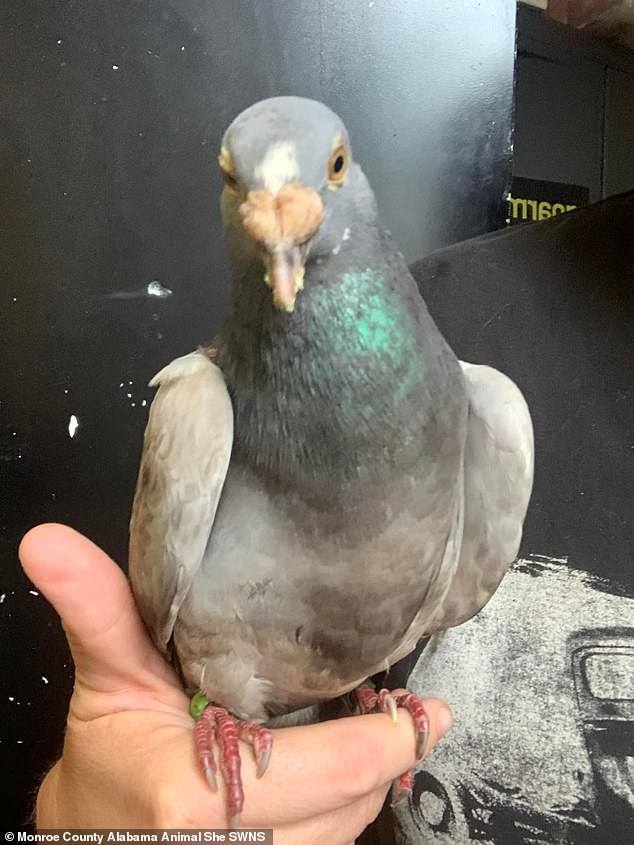 Mr Todd, who says his pigeon’s racing days are now over, believes that Bob landed on a ship which crossed the Atlantic

Mr Todd thinks the strange saga could even make a book. He said: ‘I think the general public really latched onto this story and it’s spread through the entire country and across the world, people from all over the world were talking about Bob in Australia, America, Germany, and more.

‘There’s talk about doing a book on it and I think there would be enough stories for it!

‘I went out for a drink with my wife and we were sitting at our table when someone came over to me and said: ‘Are you Bob’s dad? I have been following your story,’ and we were just chatting and getting photos!’

Mr Todd is very grateful for those who who helped his fundraiser to get Bob back home as well as the various organisations that covered his travel expenses.

The pigeon owner plans to breed youngsters off of Bob as his career as a pigeon racer is cut short.

‘Bob’s getting there I think it will take a few weeks to get his feathering right but he’s put on some weight and he’s already looking much better. He’s finished now, he’ll not race anymore. I’m just going to breed youngsters off him next year,’ he said.