Passenger trains could be blocked from station platforms by parked freight services during strikes, an industry leader has warned.

John Smith, chief executive of firm GB Railfreight, said the measure may be required if a skeleton timetable is implemented during industrial action.

Fears have been raised that staff walkouts could lead to much of the rail network being closed, affecting petrol and diesel supplies and the delivery of goods to shops.

Union leaders will decide next week when to call strikes after workers overwhelmingly backed industrial action over jobs, pay and conditions. 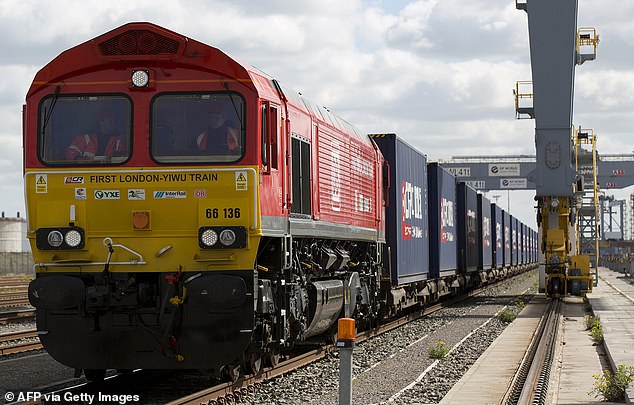 John Smith, chief executive of firm GB Railfreight, said the measure may be required if a skeleton timetable is implemented during planned industrial action to keep moving vital supplies such as petrol and diesel as well as products for supermarkets and shops 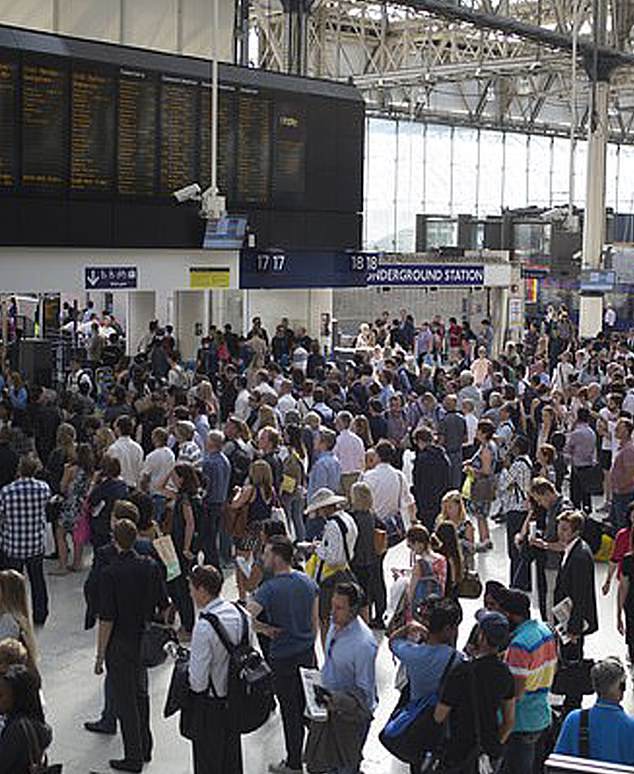 On Tuesday, transport minister Baroness Vere said it is ‘very important that we try and prioritise rail freight wherever we can because it’s very important to supply chains’.

Freight operators are holding discussions with Network Rail about the impact from strikes by its signallers.

It is possible that around 80% of services will be cut, with trains running for just part of the day and only on main lines.

Mr Smith, who chairs the freight board at sector body the Rail Delivery Group, said: ‘If we’re only running for 12 hours (a day), we’re going to need to park freight trains in railway stations until the next 12-hour period arises and we can start moving again.

‘We have trains that (currently) run around the clock.

‘One of the key problems we have with a 12-hour timetable is our trains frequently only do one rotation a day around the 24-hour clock, to load them, to get to where they’re going, to unload them and to bring them back.

‘If the railway is only open (for) 12 hours then they’re only halfway there or they’re stuck in the middle of nowhere.

‘The prioritisation of rail freight within a strike would be very much about saying ‘You can’t run your passenger train, we’re going to have to park in that station platform’.

‘That remains to be seen. We’re in debate with Network Rail around what a timetable looks like and how that might work.’

Mr Smith predicted that disruption to fuel supplies and the transportation of goods arriving at ports will be what ‘the man on the street starts to see first’ from the strikes.

He said freight trains deliver most of the road fuel in the Midlands so industrial action could result in some of the region’s forecourts running out of petrol and diesel, which ‘quickly leads to panic-buying’.

But his ‘biggest fear’ is that the threat of strikes could persuade businesses to delay making the switch from moving goods by road to rail as part of decarbonisation efforts.

He said some company bosses may feel ‘now is not the time’ to invest in rail freight infrastructure, believing that the railways are ‘not a reliable supply chain’ due to potential walkouts.

Members of the Rail, Maritime and Transport (RMT) union at Network Rail and 13 train operators overwhelmingly backed industrial action in a ballot.

The union will have to give two weeks’ notice of strikes, which could start in mid-June.

The Government and rail firms criticised the move, calling it ‘hugely disappointing and premature’, and warning the action could affect the rail industry’s recovery from the damage caused by coronavirus.