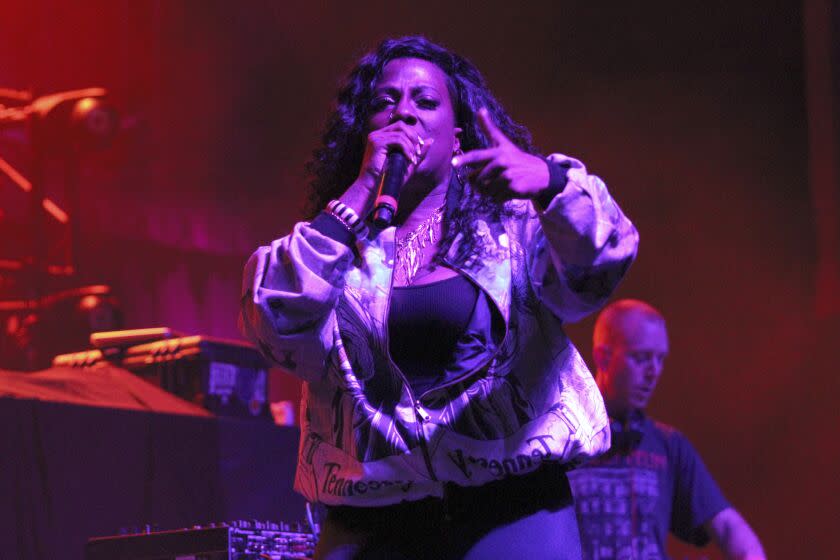 Gangsta Boo's representative confirmed news of her death to Variety. No cause was given.

On Monday afternoon, Memphis Police released a statement confirming she was "pronounced deceased on the scene" of a Memphis home on Sunday afternoon, with "no immediate signs of foul play," adding that an investigation was ongoing and autopsy results were pending.

Her work with Three 6 Mafia helped propel the group from the Dirty South hip-hop underground to mainstream success in the 1990s and 2000s. She appeared on six albums with Three 6 Mafia, including its 2000 platinum-certified release "When the Smoke Clears: Sixty 6, Sixty 1," before departing in 2002 to focus on her solo career and a spinoff group, Da Mafia 6ix.

In later years, she appeared as a guest on tracks with artists like Eminem, Gucci Mane, OutKast, Lil Jon, and Run the Jewels. She experienced a revival of interest last month, when Latto released the single "FTCU," featuring Gangsta Boo and GloRilla.

Many members of the hip-hop community began posting tributes to Gangsta Boo on social media after Three 6 Mafia member DJ Paul shared a photo of the rapper Sunday on Instagram.

Surviving current and former members of Three 6 Mafia include DJ Paul, Juicy J and Crunchy Black. Lord Infamous died of a heart attack in 2013, and Koopsta Knicca succumbed to a stroke in 2015.

"I would honestly say that I have to admit, respectfully and humbly, that I am the blueprint," Gangsta Boo said in a recent interview with Billboard.

"I hear my cadence in a lot of men and female rappers. … My sound is a Memphis sound. It’s a Gangsta Boo sound, it’s a Three 6 Mafia sound. So, I am the blueprint and I wear that badge proudly as f—. I used to run away from it. I used to didn’t want to even give myself flowers because I’ve been so low-key and humble, but … it’s time to claim what’s mine."