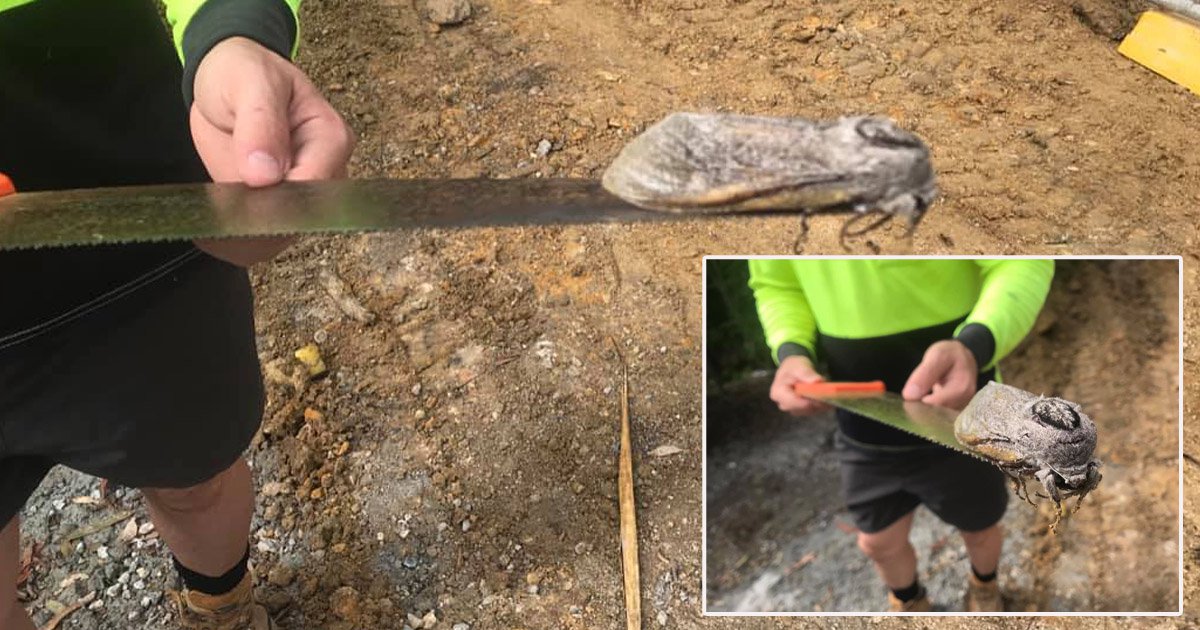 A giant wood moth, belonging to the heaviest species of its kind in the world, has been found at a primary school in Queensland, Australia.

Builders constructing new classrooms discovered the ‘monster’ insect at Mount Cotton state school, which is near a rainforest.

Females can weigh up to 30g, have a wingspan of up to 25cm and ‘don’t fly very well’, according to experts. Males are normally half this size.

Many live along the Queensland and New South Wales coast – but they are rarely seen by humans.

Pupils at the school regularly spot a range of animals – including bush turkeys, wallabies, koalas, ducks and snakes – on the grounds.

But they had never before seen a giant wood moth, which has an incredibly short lifespan.

The insects spend two or three years growing in trees before emerging as moths.

As adults they are unable to feed or drink and only survive for a few days. Heavy females are known to lay about 20,000 tiny eggs before dying.

‘So most people, if they do see one, it has emerged as an adult and crawled up a tree trunk or a fence post and is waiting for the male to come along.

‘Normally people don’t see them with their wings spread out so you don’t realise just how big they are but if you actually lift them up they’re very heavy.’

Ms Steward said the builders took a picture of the moth before returning it to the rainforest.