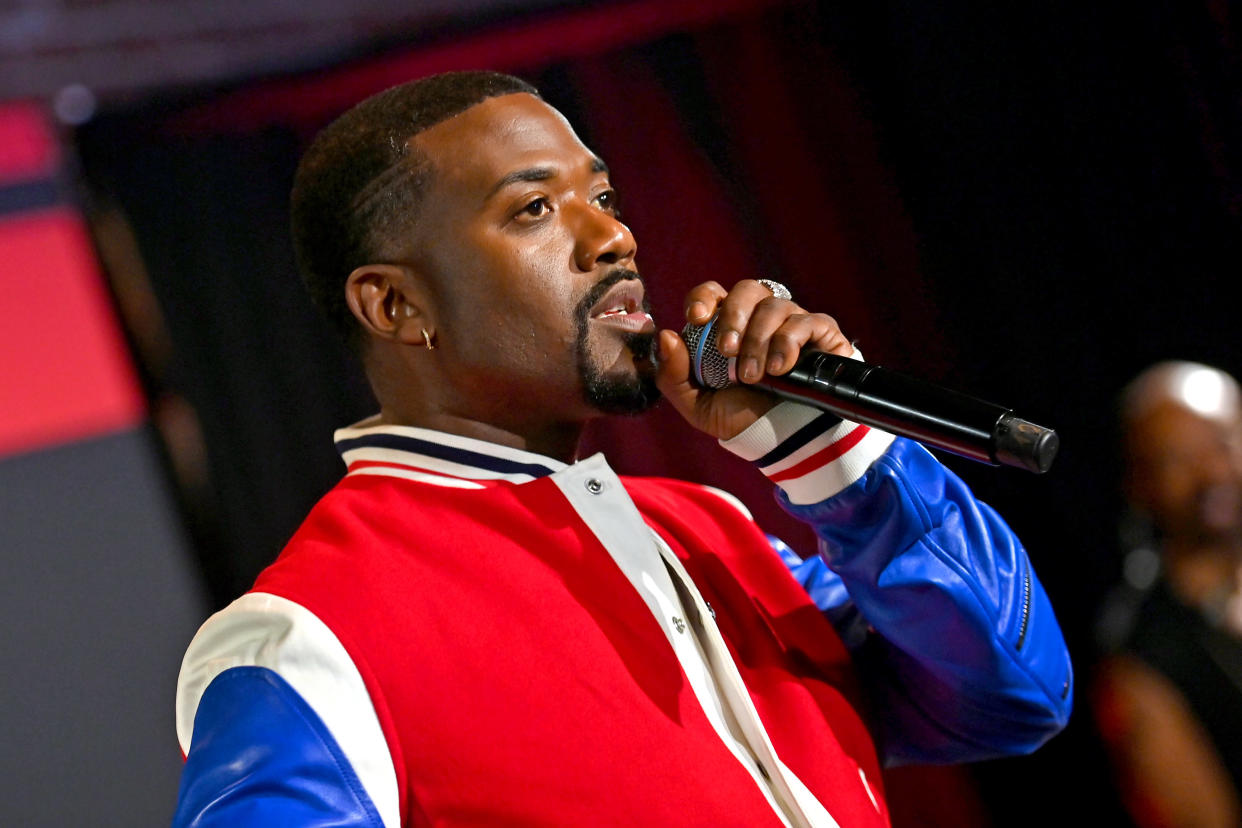 Ray J is taking issue with Kris Jenner’s claim that she had nothing to do with the release of his infamous sex tape with Kim Kardashian. The tape, which came to be known as Kim Kardashian, Superstar, was made public in 2007, five years after Kardashian filmed it with her then-boyfriend.

The rapper and reality star, 41, took to Instagram on Saturday to post a 28-minute Instagram video taken while on vacation in the Dominican Republic, in which he condemned the Kardashian family. He also threatened to come after them legally, threatening to sue them for defamation.

“You going to try to crush my career, make me look stupid, when you know you was the mastermind,” he says in the video. “Kris, you know you ran the play.”

Ray J’s statements are in response to Jenner’s appearance on The Late Late Show last week, during which she let host James Corden hook her up to a lie detector test while he and Kylie Jenner proceeded to ask her questions, Yahoo Entertainment previously reported. One of the questions was whether she had helped her daughter Kim release her infamous sex tape.

No,” Jenner replied. After a few seconds, the polygraph examiner confirmed her answer was true.

“Thank you,” exclaimed Kris. “We cleared that up!”

But Ray J, who is the brother of singer Brandy, is sticking with his story. In his Instagram video he accused Jenner of taking “a lie detecter test with a fraud.”

“I want to sue the dude that did the lie detector test,” he said, adding that he “was just going to sue y’all and not say sh**.”

In another post, Ray J stated that they “have f***ed with the wrong person.”

“What you are trying to do to me is almost inhumane and foul at the highest level — f*** this just being racist — this is wrong to do to anybody,” he said.

Ray J also spoke about the laptop Kardashian’s ex-husband Kanye West claimed he personally retrieved from him, which allegedly contained more footage of Kardashian and Ray J together. Addressing West, Ray J said, “Don’t tell nobody I gave this sh** to you. You want to go tell the world you got this laptop from me … Dog, you’s a clown, bro.”

Despite West’s statements that he had an additional sex tape in his possession, Kardashian previously denied its existence. She “remains firm in her belief that there is no new second tape that exists,” a rep previously told Yahoo Entertainment. “After 20 years, she truly wishes to move on from this chapter with focus instead on the positive things she continues to do as a mother, entrepreneur and advocate for justice reform.”

Ray J also railed against the man who administered Jenner’s polygraph test on Corden’s show, calling him a “fake.”

While Kardashian has previously admitted that the tape helped Keeping Up With the Kardashians become an international success, she has called it “the one thing that I wish didn’t exist.”