Labour’s deputy leader has suggested the party could reverse the 1p income tax cut announced by Chancellor Kwasi Kwarteng if it wins the next general election.

During an appearance on Radio 4’s Today, she was asked: ‘Would you reverse the income tax cut?’

The deputy leader replied: ‘Well we’ve said that, you know,  the income tax cut is the wrong priority. So yes, we don’t think that that’s the priority. 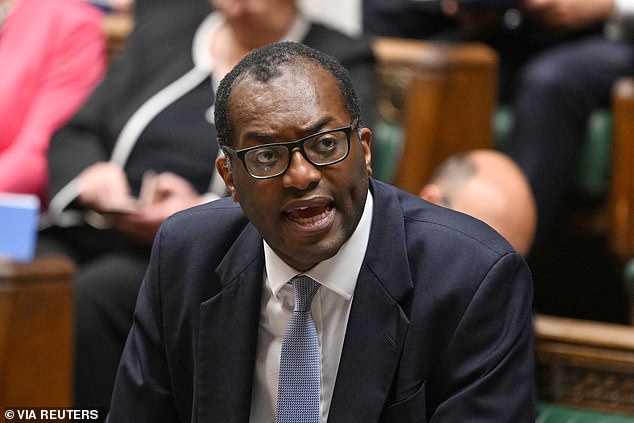 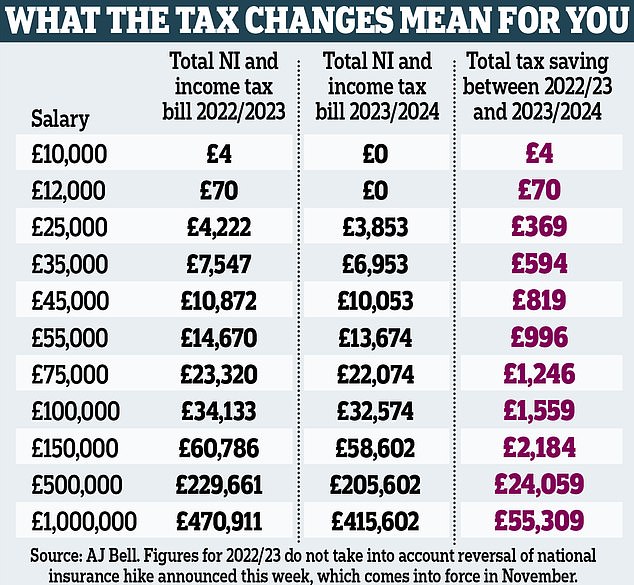 ‘We will set out our tax proposals, which will guarantee that those on the lowest wages will [see] their cost of living improve.’

New Chancellor Kwarteng denied ‘gambling’ with the economy as he revealed £45billion in tax cuts and an estimated £400billion in borrowing over the next five years.

He admitted the UK was most likely already in recession, after the Bank of England measured two consecutive quarters of negative economic growth.

Abolished the 45p tax rate, paid by those earning more than £150,000, from April next year

Hike in National Insurance contributions to be cancelled from 6th November

Cost per year: Not specified

But bullish Kwarteng insisted it was a ‘good day for the UK’ thanks to the new administration’s flagship proposals to boost growth.

Kwarteng also said his measures were ‘fair’ as they ‘reduce taxes right across the income bracket’.

The markets have so far been unconvinced by the government’s touted Growth Plan, with the pound sliding to a 37-year low against the dollar.

Labour has said it will unveil its own tax-and-spend proposals next week.

Rayner also slammed the government’s ‘casino economics’ in an interview on BBC Breakfast this morning.

Describing Mr Kwarteng’s flagship tax policies as ‘really scary’, she said: ‘There were attacks on workers’ rights, attacks on people trying to deal with the cost of living crisis, and at the same time allow bankers’ bonuses to be uncapped.’

‘This is short-termism. Even the government’s announcements [on energy bills] are six months. This is a very dangerous gamble on our economy […] for future generations.’

Meanwhile Chief Secretary to the Treasury Chris Philp told Sky News this morning: ‘Let’s be clear, the interest rates payable on government gilts is about the same in the United Kingdom now today as it is in the United States.

‘You mention the dollar, that’s been strong against a number of currencies, including the yen and the euro.’

The Resolution Foundation has estimated Kwarteng’s plans will cost an extra £400billion in borrowing over the next five years. 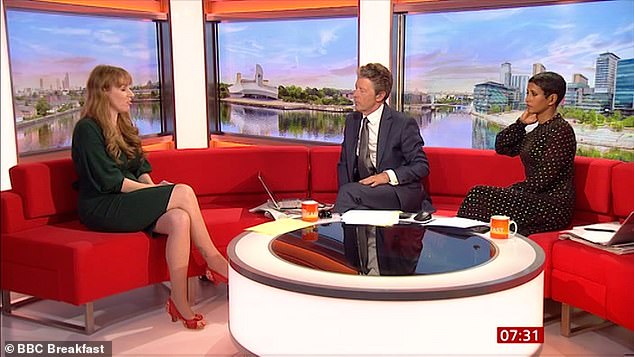 It comes after experts warned that only those paid more than £155,000 will truly benefit from yesterday’s mini-Budget.

Dubbed a stealth tax raid, the move has been heavily criticised as a pay cut in real terms for millions already hit by the cost of living crunch. So while the Government has now pledged to scrap the national insurance hike and knock 1p off the basic rate of income tax, any savings could be wiped out.

Some 4.3 million people were paying the 40p higher or 45p additional rate of income tax when Boris Johnson won the election in 2019. This was projected to rise to a record 6.1 million this year – almost double the number in 2010, according to figures by pension consultancy LCP.

Laura Suter, head of personal finance at A J Bell, said: ‘The previously announced plans to freeze income tax bands during a time when we are seeing rampant inflation and decent wage growth means that many people will still ultimately be faced with paying more tax. It’s not quite the giveaway the Government is proclaiming for the average worker, as many people will still find themselves pushed into the higher rate tax brackets.’

LCP also warned this week that more than half a million over-65s could be forced to pay income tax for the first time next year if the state pension rises by around 10 per cent as predicted. This is on top of the extra 1.2 million pensioners who have been pulled into the income tax net since 2019.

Paul Johnson, of the Institute for Fiscal Studies, said only those with incomes of over £155,000 would benefit. He added that the richest tenth of households, who were set to lose £3,500 a year by 2025-26 under previous plans, will now gain around £700 a year.