Two prominent real estate agents are in court waging a defamation battle after a company’s boss sent a negative all-staff email about another manager.

Former Real Estate Institute of Victoria president Leah Calnan is being sued over a note she allegedly sent to employees at her property management business criticising the former operations manager.

Lauren Macpherson worked at Metro Property Management between June 2018 and April 2021, when she resigned from the company to take another job, according to a writ she filed in the County Court last month. 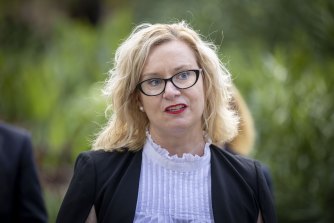 Soon after her resignation, Macpherson alleges Calnan sent a “derogatory” email to staff that left her feeling hurt, distressed, embarrassed and humiliated.

Macpherson, from Croydon, claims her personal and professional reputation has suffered as a result of Calnan’s email.

“Team,” the email began, according to court documents.

“I have been in two minds of sending this email to you but I think some things need to be said with full transparency.

“I wanted to acknowledge the team members who I have spoken to so far that have felt let down, disappointed and frustrated with our previous operations manager, Lauren. It appears there were many things happening behind my back and perhaps it was assumed I knew.”

In court documents, Macpherson stated that she was identified as the subject of Calnan’s email with the words “our previous operations manager, Lauren”.

Calnan went on to explain in the email that her position as REIV president during the COVID-19 pandemic meant she had to focus on that role seven days a week.

After two terms as president, Calnan is now vice president at the REIV. 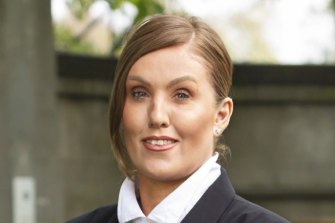 “I relied on my support network to ensure Metro and the team were being looked after,” she wrote in the email.

There were around 25 people on the “Entire Metro Team” distribution list who were sent the email, according to court documents.

While Macpherson can’t say exactly how many staff read the note, she argued most would have opened it because “it was a derogatory email from their boss concerning a former boss.”

In the email, Calnan also apologised to staff “for letting you down”, listing several examples of things that weren’t handled correctly in her absence.

“For the training you were promised but didn’t receive. For the clicky groups that developed. For the time you didn’t feel you could eat your lunch in the lunchroom. For the people who had to cover additional kitchen shifts because team members were not required to complete that duty,” the email said.

“For the behaviour that wasn’t fitting of an operations manager. For the awkwardness you felt asking a question. For dismissing ideas you had to make the business better and the favouritism given to a few team members over the rest of the team.”

In the weeks after Macpherson’s resignation, Calnan wrote, “it feels like we have our team back — the office no longer has a heavy cloud over it”. She signed off with: “to each of you, I just want to say thank you. xx” 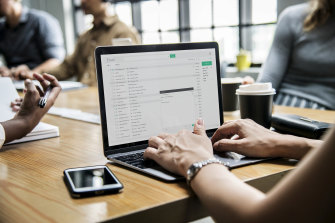 An all-staff email has landed the boss of a real estate company in court.

Before she left the company and took legal action, Macpherson was featured in a Q&A on the Metro Property Management website helping clients get to know the staff during the COVID-19 lockdowns.

In the interview, Macpherson said she looked forward to reuniting with her “local barrister” for a coffee once restrictions eased, misspelling barista.

The comment turned out to be prescient: her County Court writ was prepared by defamation barrister Toby Mullen.

Among the defamatory imputations that Macpherson claims Calnan made about her are that she failed in her professional duties, is dishonest and lacks integrity, and that she was the cause of an “uncomfortable and awkward working environment” at Metro Property Management.

Macpherson contends the email was retribution for her refusing to continue to be listed as the agency’s officer in effective control and a suspicion by Calnan that she had taken another job.

Macpherson asserts that Calnan failed to retract or apologise for the email, instead responding to a legal letter with a demand the complaint be withdrawn.

Macpherson is seeking damages, including aggravated damages, and a permanent injunction preventing Calnan from further publication of the imputations.

Calnan did not respond to requests for comment and is yet to file a defence in court.

Macpherson’s lawyer also did not respond to an inquiry from The Sunday Age.