Regional and rural councils will take out loans for their own social housing projects and are selling off public land to make way for property developments in response to soaring house prices and rents in regional Victoria. 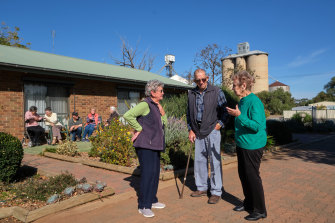 The affordability crisis has prompted an unusual response from some councils, which plan to deliver their own housing projects and hope to garner financial support from the state government.

Others have earmarked large pieces of land for property developments to increase housing stock.

Colac Otway Shire Council has endorsed the sale of council land in Colac with enough space for up to 90 homes.

It will vote this week on the council officers’ proposal to commit 15 per cent of the land to social housing in addition to other forms of affordable housing for essential workers in Colac.

A council report released last week showed there were 290 social housing properties in the municipality but the shortfall had reached 344 homes.

“I’m really keen for more housing blocks to get on the market,” she said.

In the state’s far north-west, the Yarriambiack Shire has made an unsolicited bid to the Andrews government to build 14 units across five sites.

The council, which is among the few that still administers community housing, has asked for $2.8 million in government funding and will take out a $500,000 loan while contributing another $500,000 for the project.

Shire chief executive Jessie Holmes said preliminary figures from 2020 showed a 0.9 per cent increase in population after more than a decade of negative growth.

Woomelang Retirement Units Committee, which manages the units in Woomelang, has a waiting list of 17 people. 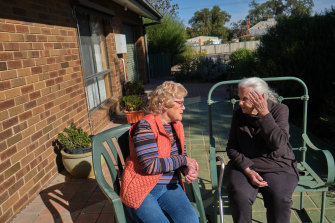 The committee’s secretary, Gwenyth Barbary, said the units allowed people to stay in their community while freeing up their homes for families.

“Some people need it but they can’t get in [to the units],” she said. “They have to go away, which is disappointing.”

Many employers in regional Victoria say they cannot find workers partly because due to the housing shortage.

The council has opened up 42 hectares of former farmland in Stawell and is working with a developer to build 180 homes.

She said the shire had contributed $500,000 to the project, which was matched by the state government.

“We’ve got people moving to caravan parks because it’s the only place to go,” she said.

In the nearby town of Sea Lake, the Buloke Shire wants to develop a council-owned former primary school. 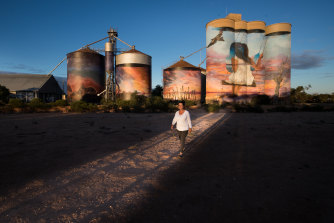 Buloke Shire wants convert a former school into a housing development in the picturesque town of Sea Lake. Credit:Jason South

The council’s chief executive, Anthony Judd, said the project, which would require federal funding, would deliver up to 10 blocks to help tackle the housing shortage.

“Our community is crying out for it and we don’t have the developers in our area,” he said.

“The response of many [regional] councils is in sharp contrast to some who have completely failed in their responsibility to support the most vulnerable in our community,” he said.

Tensions have recently flared between the state government and some inner-city Melbourne councils, including Maribyrnong and Yarra, after they knocked back social and affordable housing projects.

This weekend Victorian Nationals leader Peter Walsh announced a proposed policy that would release 50,000 lots across regional Victoria with a $5 million commitment to establish a “planning flying squad” that would help councils speed up the planning application process.

He said regional councils would miss out on the benefits of a growing population if they could not open up new lots for development.

Councils, Devel, in, New, regional
You may also like: