Chris Paul was furious on Sunday afternoon after his mom and wife were allegedly assaulted by a Dallas Mavericks fan at the American Airlines Arena.

Paul took to Twitter shortly after the Phoenix Suns fell to the Mavericks 111-101 in Game 4 of the Western Conference semifinals on Mother's Day, which tied that series up 2-2. Though he didn’t go into details himself, he was clearly extremely upset about some incident regarding his family.

"Wanna fine players for saying stuff to the fans but the fans can put they hands on our families….f*** that!!" Paul tweeted.

ESPN’s Dave McMenamin reported Paul’s mom, Robin, had “hands put on her by Dallas fans” during the game. Paul’s wife, Jada, was also reportedly pushed in the incident, which took place in front of their two kids and made them feel “very unsafe.” Jada was reportedly followed up the arena steps when she left, too.

Specifics surrounding the situation aren’t known. Paul was seen on the broadcast during the game telling security that someone “put his hands on my mom.”

Paul tweeted just a few minutes ago, taking issue with Dallas fans putting their hands on his family. pic.twitter.com/9DA0ZPqAEA

The Mavericks put out a statement after the game, and said the fan in question was “swiftly removed” from the game.

“The Dallas Mavericks are aware of an incident between a fan and the family of Chris Paul. It was unacceptable and will not be tolerated,” the team said, via ESPN’s Tim MacMahon. “The Mavericks, along with American Airlines Center, swiftly removed the fan from today’s game.”

Paul fouled out after just 23 minutes in the loss on Sunday, and finished with five points after shooting just 2-of-4 from the field. Devin Booker led Phoenix with 35 points, though the Suns shot just 36% from behind the arc compared to a red-hot Mavericks team that made 20 3-pointers in the win.

Game 5 of the series is set for Tuesday night in Phoenix. 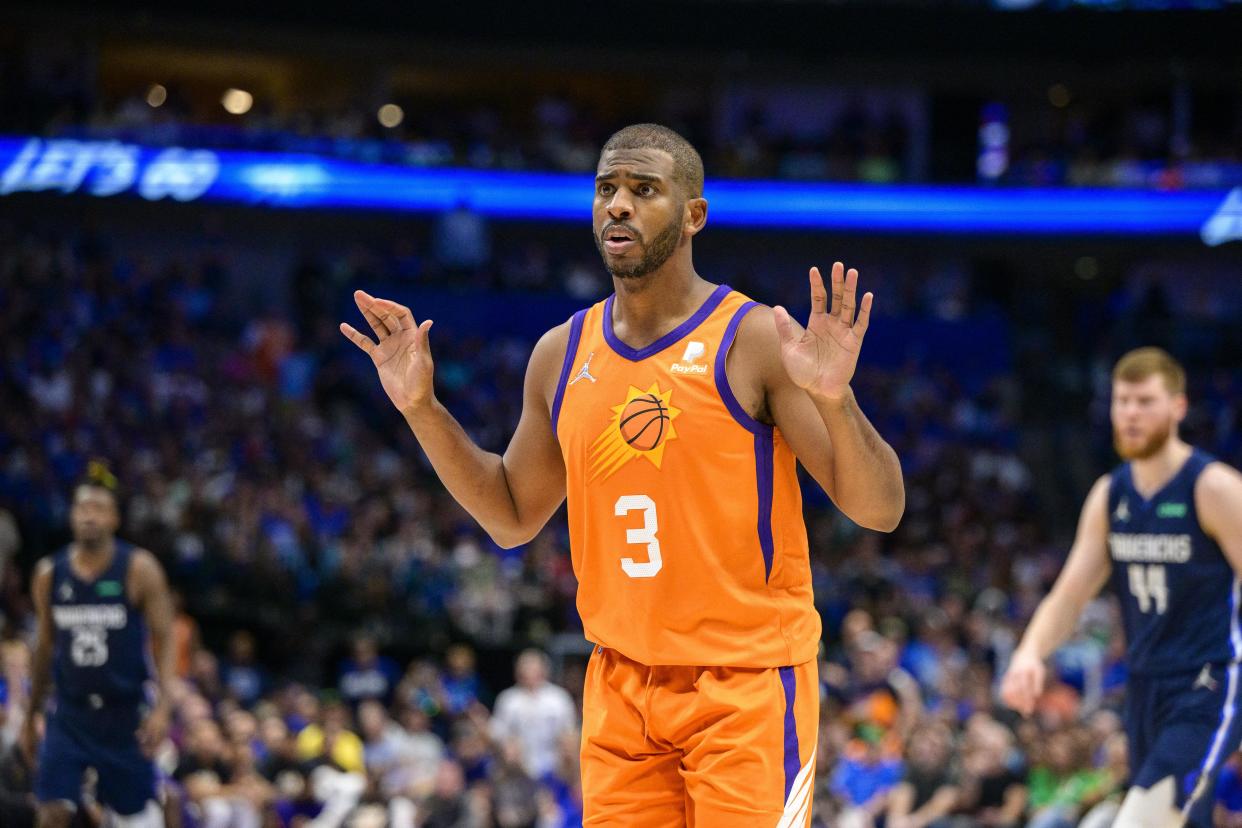