Damar Hamlin's uncle Dorrian Glenn said on Tuesday that the Buffalo Bills safety had to be resuscitated twice on Monday after suffering cardiac arrest on the football field, according to multiple reports.

Hamlin remains in the University of Cincinnati Medical Center's intensive care unit in critical condition following his on-field collapse against the Bengals during Monday's game. Glenn, who was at the hospital, spoke with multiple media outlets Tuesday evening to provide updates on Hamlin's status.

He told reporters that Hamlin, who is on a ventilator, is receiving 50% oxygen after initially requiring a feed of 100% oxygen. He also said that there was concern that Hamlin sustained lung damage. In an interview with CNN, Glenn said that Hamlin had to be resuscitated twice Monday night — once on the football field and again when he arrived at the hospital.

"Right now they've got him on a ventilator. They're trying to get him to breath on his own. We're just kind of taking it day by day. Still in the ICU. They have him sedated. So just continue to administer the medical treatment they've been doing."

“A lot of people don’t get to see how loved they are while they're alive, so for him to have a situation where he could have been taken away and he has a chance to come back and see all that love that he got.”

Hamlin's family released a statement earlier Tuesday thanking first responders and medical staff for their efforts to save and treat Hamlin. Glenn echoed that gratitude Tuesday evening and described his experience of Monday night as Hamlin's uncle. He told NFLN that he drove from Pittsburgh to Cincinnati after seeing Hamlin collapse and that he hadn't yet been to sleep since.

"It was a truly scary scene to witness that yesterday, as everyone in the country probably can agree with," Glenn continued. "I would have felt the way I felt no matter who it was. But for it to be my nephew, man, it was especially more of a gut punch to see that. But I'm thankful that he's still here, he's still alive, he's still fighting." 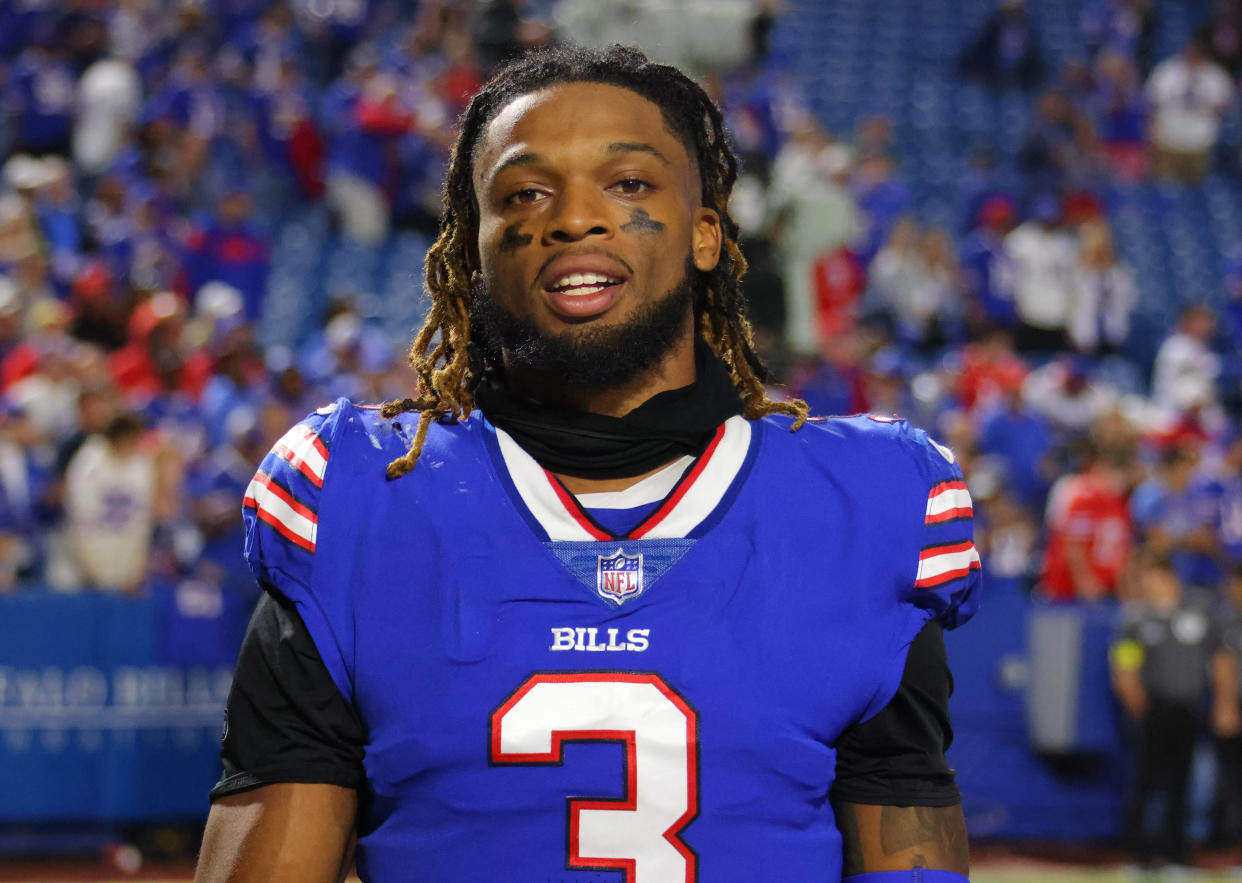 Hamlin, 24, collapsed after a direct hit to his chest while tackling Bengals receiver Tee Higgins. He stood up after the tackle, then fell back to the field. Emergency responders administered CPR on the field before loading him on an ambulance, where he was transported to CMU.

The NFL initially suspended, then postponed the game as the scene unfolded. The league announced on Tuesday that the game will not be resumed this week, and the Week 18 schedule remains unchanged.

Hamlin has received an outpouring of support from fellow athletes and fans, including a campaign to donate to his GoFundMe page that was initially created to raise money for his mother's toy drive for Hamlin's home community in McKees Rocks, Pa. A campaign with an initial goal of raising $2,500 had received more than $5 million as of Tuesday evening.

Hamlin is in his second season as an NFL player. A sixth-round pick out of Pittsburgh in 2021, he started 13 games for the Bills this season. He wrote about remaining connected to his community when he launched the GoFundMe page.

“As I embark on my journey to the NFL, I will never forget where I come from,” Hamlin wrote wrote on the GoFundMe page. “I am committed to using my platform to positively impact the community that raised me.”