Washington: Republicans won control of the US House of Representative on Thursday (AEDT), returning the party to power in Washington and giving conservatives leverage to blunt President Joe Biden’s agenda and spur a flurry of investigations.

But a threadbare majority will pose immediate challenges for GOP leaders and complicate the party’s ability to govern.

More than a week after election day, Republicans secured the 218th seat needed to flip the House from Democratic control. The full scope of the party’s majority may not be clear for several more days or weeks as votes in competitive races are still being counted. 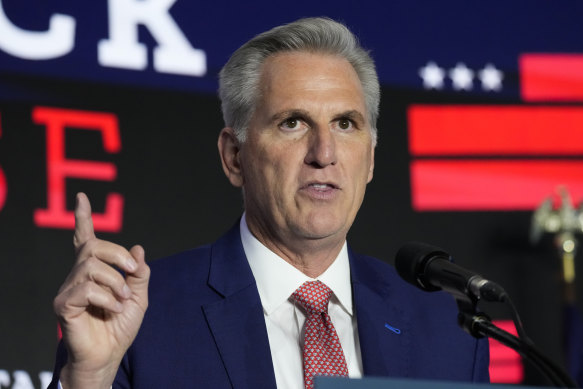 But they are on track to cobble together what could be the party’s narrowest majority of the 21st century, rivalling 2001, when Republicans had just a nine-seat majority, 221-212 with two independents. That’s far short of the sweeping victory Republicans predicted going into this year’s midterm elections, when they hoped to reset the agenda on Capitol Hill by capitalising on economic challenges and Biden’s lagging popularity.

Instead, Democrats showed surprising resilience, holding on to moderate, suburban districts from Virginia to Minnesota and Kansas.

The results could complicate House Republican leader Kevin McCarthy’s plans to become speaker as some conservative members have questioned whether to back him or have imposed conditions for their support.

The narrow margins have upended Republican politics and prompted finger-pointing about what went wrong.

Some in the GOP have blamed Donald Trump for the worse-than-expected outcome. The former president, who announced a third White House bid Tuesday, lifted candidates during this year’s primaries who struggled to win during the general election.

Despite the underwhelming showing, the party will still have notable power. Republicans will take control of key committees, giving them the ability to shape legislation and launch probes of Biden, his family and his administration.

There’s particular interest in investigating the overseas business dealings of the president’s son Hunter Biden. Some of the most conservative Congress members have raised the prospect of impeaching the president, though that will be much harder for the party to accomplish with a tight majority.

Any legislation that emerges from the House could face steep odds in the Senate, where Democrats won the barest of majorities on Saturday. Both parties are looking to a December 6 Senate run-off in Georgia as a last chance to pad their ranks. 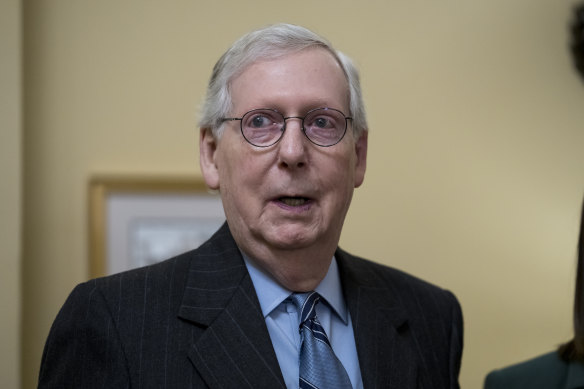 With such a slim majority in the House, there’s also a potential for legislative chaos.

The dynamic essentially gives an individual member enormous sway over shaping what happens in the chamber. That could lead to particularly tricky circumstances for GOP leaders as they try to win support for must-pass measures that keep the government funded or raise the debt ceiling.

In the Senate, Republican Mitch McConnell was re-elected as Republican leader on Wednesday, quashing a challenge from Senator Rick Scott of Florida, the Senate GOP campaign chief criticised over his party’s midterm election failures.

Retreating to the Capitol’s Old Senate Chamber for the private vote, Republicans had faced public infighting following a disappointing performance in last week’s elections that kept Senate control with Democrats.

McConnell, of Kentucky, easily swatted back the challenge from Scott in the first-ever attempt to oust him after many years as GOP leader. Senators first rejected an attempt by McConnell’s detractors to delay the leadership choice until after the Senate runoff election in Georgia next month.

The unrest is similar to the uproar among House Republicans in the aftermath of the midterm elections that left the party split over former President Donald Trump’s hold on the party.

House GOP Leader Kevin McCarthy won the nomination from colleagues to run for House speaker, with Republicans on the cusp of seizing the House majority, but he faces stiff opposition from a core group of right-flank Republicans unconvinced of his leadership.

On Wednesday, the senators first considered a motion by a Scott ally, Republican Senator Ted Cruz of Texas, to delay the leadership votes until after the December 6 runoff election in Georgia between Republican Herschel Walker and incumbent Democratic Senator Raphael Warnock that will determine the final makeup of the Senate. Walker was eligible to vote in the leadership election but wasn’t expected to be present.

There were 49 GOP senators expected to vote, including newly elected senators in town this week but not yet sworn into office and Alaska Senator Lisa Murkowski, who was eligible even though her race against Republican Kelly Tshibaka hasn’t been called yet. No more than 10 Republican senators, among some of the most conservative figures and those aligned with Trump, were expected to join in the revolt.

The feud between Scott and McConnell has been percolating for months and reached a boil as election results trickled in showing there would be no Republican Senate wave, as Scott predicted, according to senior Republican strategists.

The feuding started not long after Scott took over the party committee after the 2020 election. Many in the party viewed his ascension as an effort to build his national political profile and donor network ahead of a potential presidential bid in 2024. Some were irked by promotional materials from the committee that were heavy on Scott’s own biography, while focusing less on the candidates who are up for election.

Then came Scott’s release of an 11-point plan early this year, which called for a modest tax increase for many of the lowest-paid Americans, while opening the door for cutting Social Security and Medicare, which McConnell swiftly repudiated even as he declined to offer an agenda of his own.

The feud was driven in part by the fraying trust in Scott’s leadership, as well as poor finances of the committee, which was $US20 million in debt, according to a senior Republican consultant.