Rescuers say a beluga whale which is stuck in the River Seine is dangerously underweight.

The lost whale was first seen near Paris earlier this week, many miles from its natural habitat in the Atlantic Ocean.

Drone footage shows the whale swimming down the river between the French capital and Rouen, many dozens of miles inland.

Environmentalists have been working since Friday to feed a catch of herring to the mammal.

Authorities in the l’Eure region said in a Friday night statement the whale has a ‘fleeing behaviour vis-a-vis the boats’ and has not responded to attempts to guide it to safer waters.

The people trying to help it are being as unobtrusive as possible to ‘avoid stress that could aggravate his state of health’, according to the statement.

If rescuers can not save the whale soon, it is expected it will slowly starve and die. 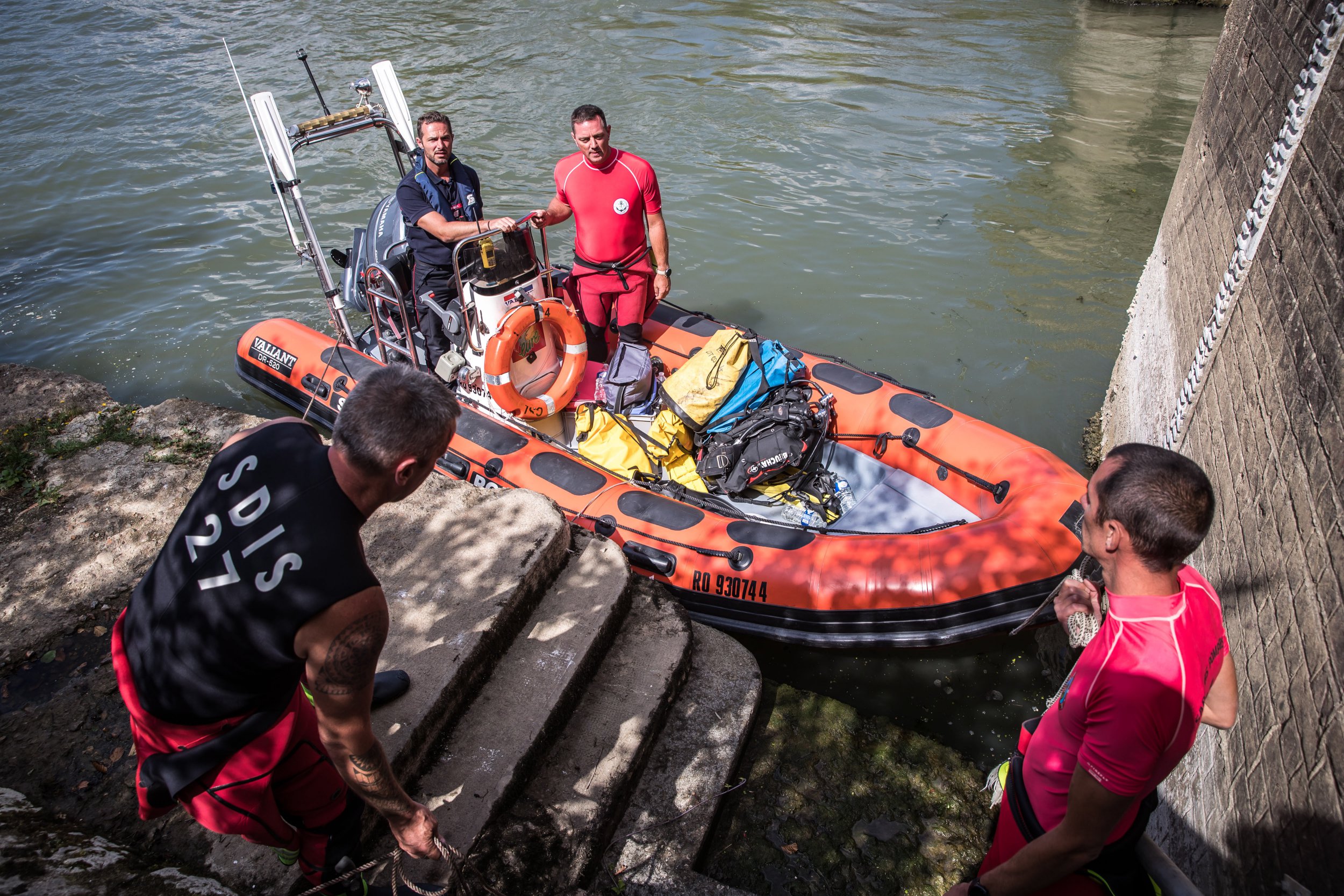 ‘It’s condemned to die if it stays in the Seine,’ Lamya Essemlali, the group’s president, told TF1.

Beluga whale’s are well known for their characteristic pale skin and bulbous foreheads.

They are known for their sociability, as they live, hunt and migrate with one another in pods.