Animal rescuers are working to save several pilot whales that became stranded on a Massachusetts beach.

MORE: Nearly 400 whales are dead in mass stranding off coast of Australia

All of the whales were briefly examined, and two were given satellite tags, Hedman said. 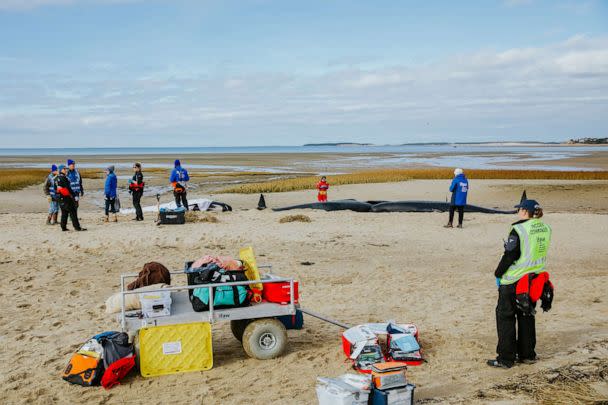 By Tuesday morning, the whales had become stranded on the beach, and one — a calf — had died, Hedman said.

Some of the animals are “very large,” with the largest estimated to weigh about 4,000 pounds, Brian Sharp, director of the research center, said in a recorded statement.

The conservationists hoped that higher tides after 3:30 p.m. ET would help push the whales back out to sea. 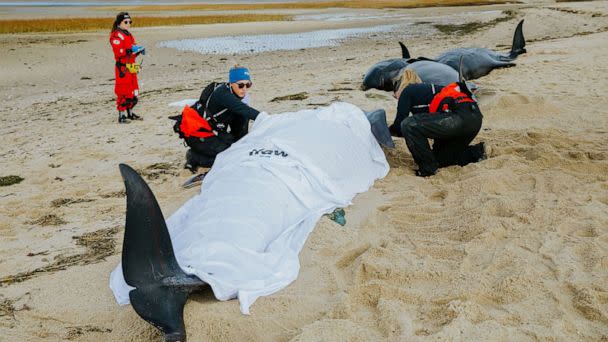 Teams of rescuers were responding in phases Tuesday to provide supportive care until the tides were more favorable, Hedman said.

MORE: Beachgoers attempt to push more than 20 beached pilot whales back into the ocean in Georgia

“Right now we just need the tide to come in and help us re-float, because these animals are so large,” Sharp said. “[We’re] doing everything we can right now to give these animals the best shot at the best outcome.” 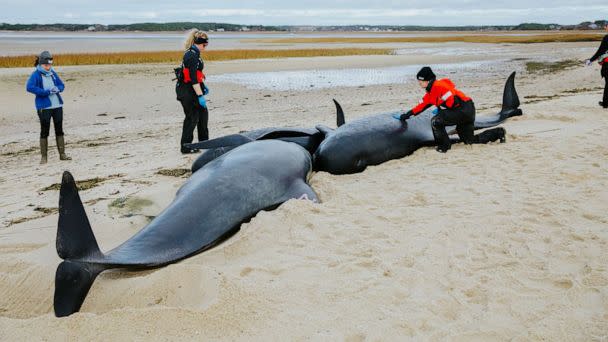 Video taken on the scene showed crews digging up sand around the whales, some of which were covered in wet blankets to help them retain moisture. Some of the whales were also administered fluids via IV to help combat the stress and shock of stranding, Sharp said.