Residents are launching a campaign to stop Franco Cozzo’s Footscray showroom from being turned into a brewery, out of fear it would exacerbate problems with parking, traffic and noise pollution. 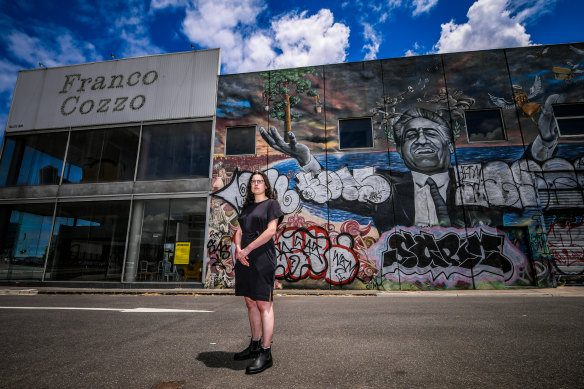 Sophie Vassallo is behind a campaign objecting to brewer Moon Dog’s plan for the Franco Cozzo building.Credit:Justin McManus

But while the plans have drawn much excitement, they have left some residents frustrated.

Sophie Vassallo decided to lead a community campaign objecting to the planning application.

“It does make me angry that some people are just supporting the proposal. It will bring no value to the locals,” the 29-year-old said.

Vassallo, who lives about 200 metres from the building, said the lack of parking provisions in the plan was a major concern because parking was already an issue in surrounding residential streets, especially on weekends.

She said breweries were better suited to industrial areas with lots of parking, much like Moon Dog’s Abbotsford and Preston venues or Two Birds Brewing in Spotswood.

An influx of patrons would also clog Hopkins Street, a major thoroughfare that was already heaving with traffic, she added.

Another resident, Tom, who wanted only his first name published, worried about congestion worsening.

“Thousands of residents have been allowed to move into new apartment buildings nearby with no infrastructure improvements to [Hopkins Street], which has meant bottlenecks and traffic jams, especially in mornings and evenings,” he said.

He said parking was already a problem on his street, often forcing him to leave his vehicle 300 metres from his home despite having a permit.

Vassallo said she was concerned about noise from the venue, as it plans to open until 1am seven days a week.

She said the area had enough bars and live music spots, including the Footscray Hotel, Sloth Bar and Pride of our Footscray. She wanted to see more childcare centres, affordable housing and health services – all developments she said could preserve Cozzo’s signage. 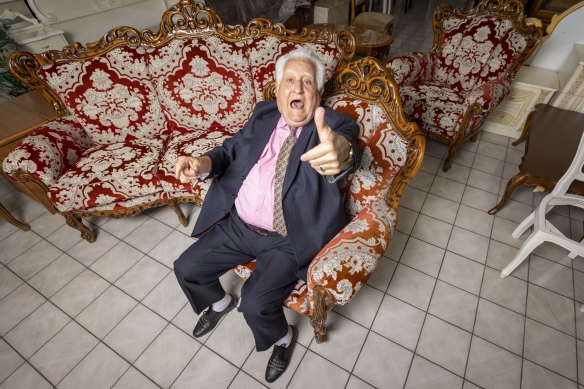 Franco Cozzo in his Footscray furniture showroom in 2021.Credit:Wayne Taylor

“We have tonnes of places you can go drink and eat in Footscray,” Vassallo said. “There are things we need and a Moon Dog brewery is just not one of them.”

Tom agreed: “Smaller niche bars have popped up in recent times that people are drawn to Footscray for, and this would take away from those venues.”

He said he hoped residents who opposed the plans could make a difference.

Vassallo is designing leaflets and posters, and a meeting is to be held on December 18 at Fordham Reserve. She encouraged residents to write to the council with objections.

“Council will undertake a full review against the requirements of the Maribyrnong planning scheme – which includes guidelines for licensed premises and noise limits – and consider any submissions received,” Haddock said.

“The number of objections will determine whether this is tabled at a council meeting.”

Moon Dog co-founder Karl van Buuren said feedback had so far been overwhelmingly positive, but he would listen to any concerns.

“We are actually looking forward to working with the council and residents to address any concerns that come up,” he said. “Moon Dog is definitely committed to being a positive addition to Footscray.”

Cozzo, 86, owned the Footscray site for almost five decades before selling it in 2018 for $7 million to developer Pelligra Group, which had wanted to build an apartment development before running into council restrictions.

The furniture king stayed on as a tenant but will operate solely from his Brunswick store from later this month.