Restaurant calls cops after 'refusing to split $2,200 bill into separate checks for party of 25’

POLICE were called to a seafood restaurant in Georgia after they refused to split a $2,200 check between a group of around 25 people.

Footage of the uncomfortable exchange at the end of Quandresha Brinkley's 30th birthday celebrations at the Louisiana Bistreaux Seafood Kitchen in East Point, Georgia, was shared on TikTok by her sister, known as Key. 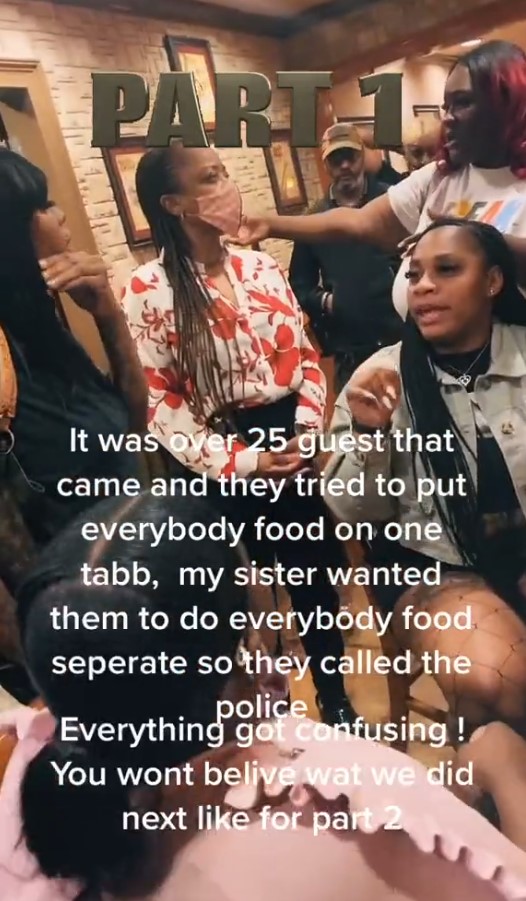 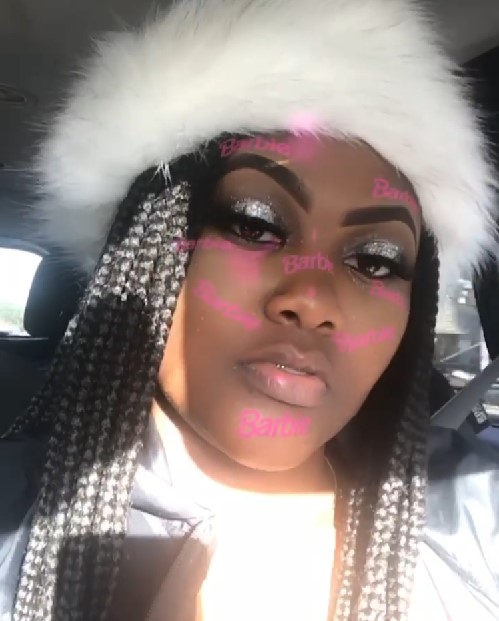 The party had reportedly discussed payment options with staff prior to the event on March 10 after Key made the reservation, the Daily Mail reports.

According to Key, Brinkley was told by the manager of the casual diner "to have less credits cards but make sure people have cash."

But when the group tried to go Dutch with their substantial bill, the eatery's employees said they were unable to split it between the group, Key claims.

The clip, which has amassed over 135,000 views, details the dire dining experience on Brinkley's birthday with her family and friends that resulted in officers also attending.

Key claims that the restaurant was reluctant from the get-go to accommodate the large group, saying that the hungry diners were waiting nearly two hours for their food.

"Most people were complaining. Nobody had food," she told the publication.

Although more guests than intended joined the birthday bash, they were sat away from the main group and paid their own tab, according to Key.

According to Key, when the food did finally arrive, "two or three plates" of incorrect orders were brought out – and despite it being the diner's mix-up, the dishes were still tagged onto the check at the end of the meal. 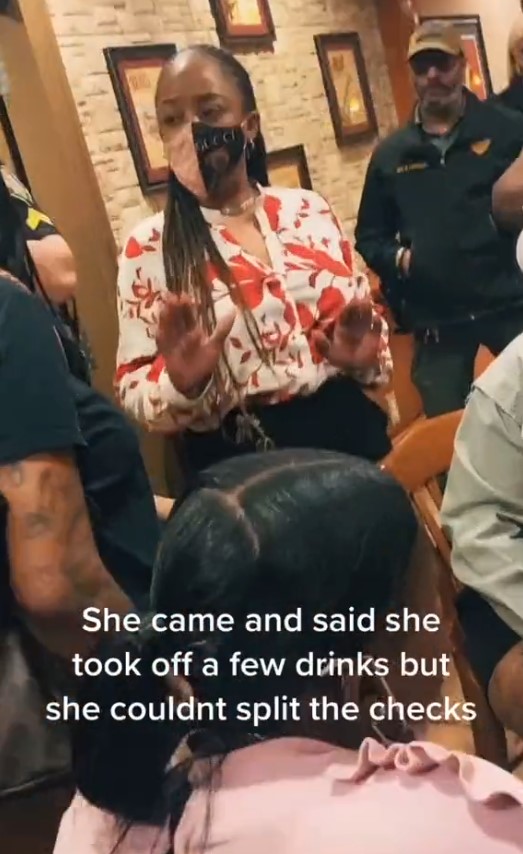 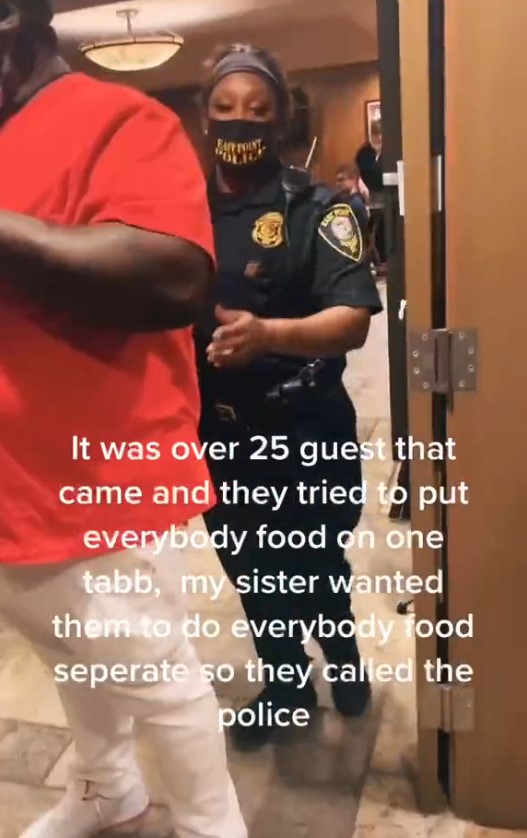 She says the group had to send the bill back numerous times to dispute its contents, leaving "a lot of people feeling like they were getting ripped off."

The restaurant row then came to a head when the manager of the seafood kitchen refused to split the bill between the party of at least 25 people – and instead rang the cops.

The manager is seen attempting to explain she had taken beverages off the bill in the clip, but could not split it individually between the group.

But Key insisted law enforcement were called "way before" the check was even administered for the food.

A number of older guests did not have the mobile payment service Cash App, and were therefore obliged to pay in cash.

But without any ATM's in the restaurant, they were forced to trek to a local hotel in order to acquire some money.

Amongst the commotion, several attendees decided to take off from Brinkley's celebrations – without paying their bill at all.

The birthday girl was then left to deal with the mammoth $2,204.30 charge, and ended up forking out for the majority herself. 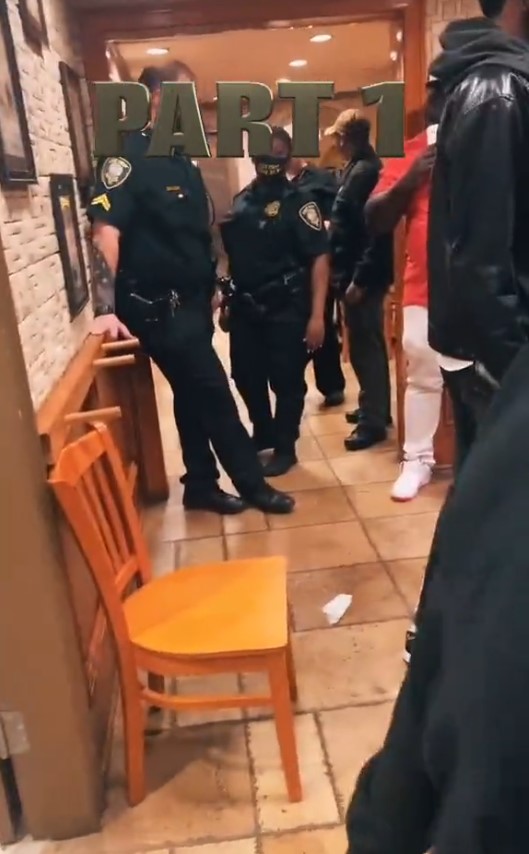 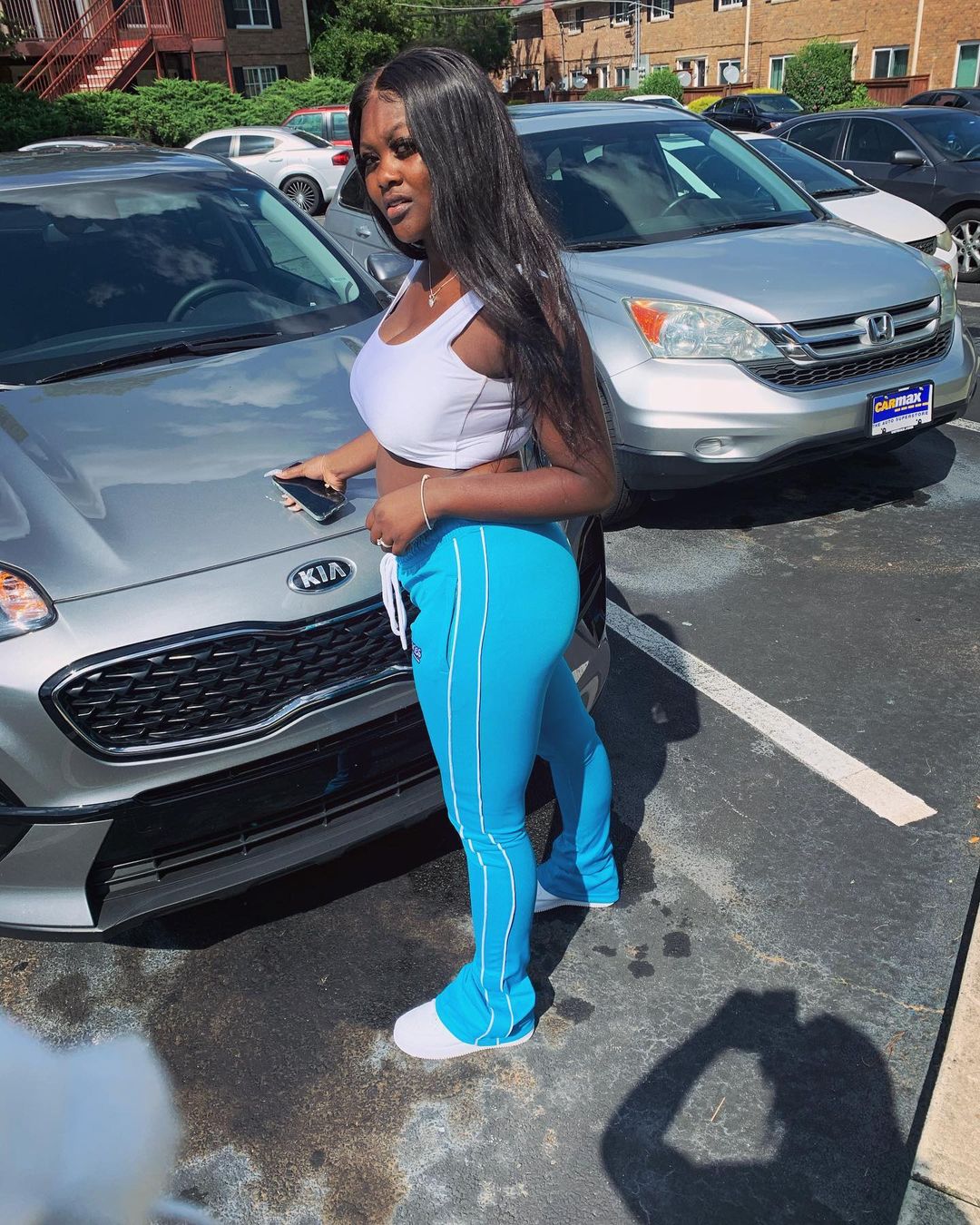 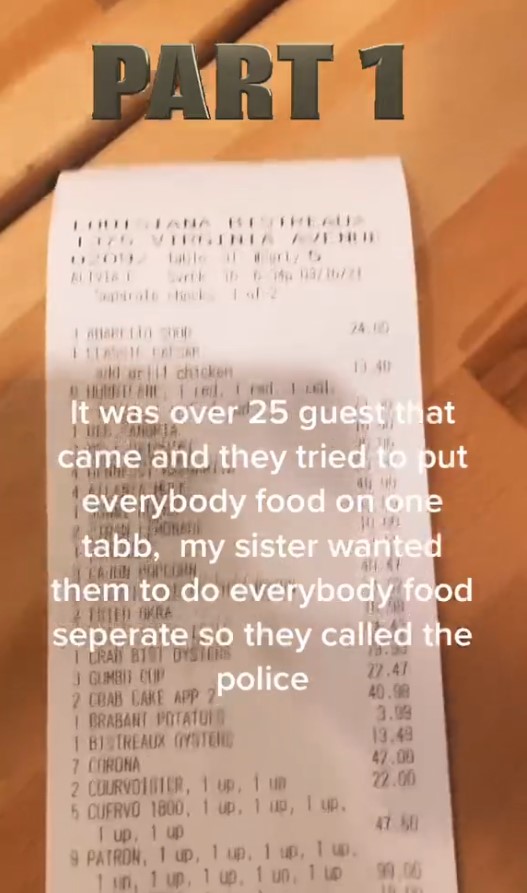 Key continued, 'The bill did get paid. Her (Brinkley's) friends brought other friends and they were the ones that ran.

"My sister paid money out of her pocket. She did make a reservation and she did talk about splitting the bill beforehand."

Nail technician Key claims rather than giving the guests a stern word, the responding officers were amused by the argument.

Filming the incident, she can be heard remarking: "Look at the police, he keep laughing. He laughing at everything!"

The mother-of-one has since received a spate of online backlash for sharing the scenes at the disastrous dinner party, forcing her to release another TikTok clip entitled, "LEAVE ME ALONE ABOUT THIS VIDEO!!!!"

She wrote, "The check got paid! No they didn't split the check! I typed the other video wrong she wanted them to do different checks for each table which was 3 tables!

"Yes they talked about this before hand but changed it up at the last minute! I understand y'all mad but keep the racist comments to yourself!"

Key finished off by announcing she will be going live on the video-sharing platform to "let y'all know the full story".

It is not clear why the restaurant refused to split the groups bill between them. 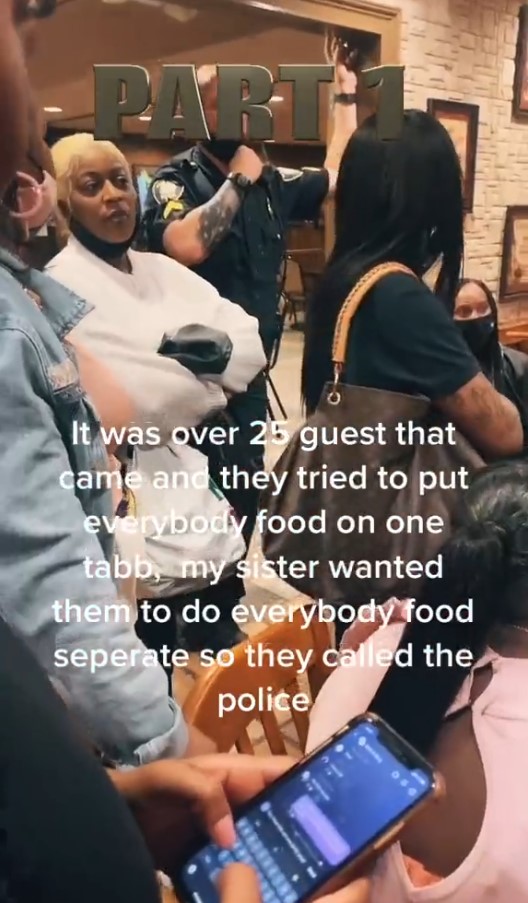 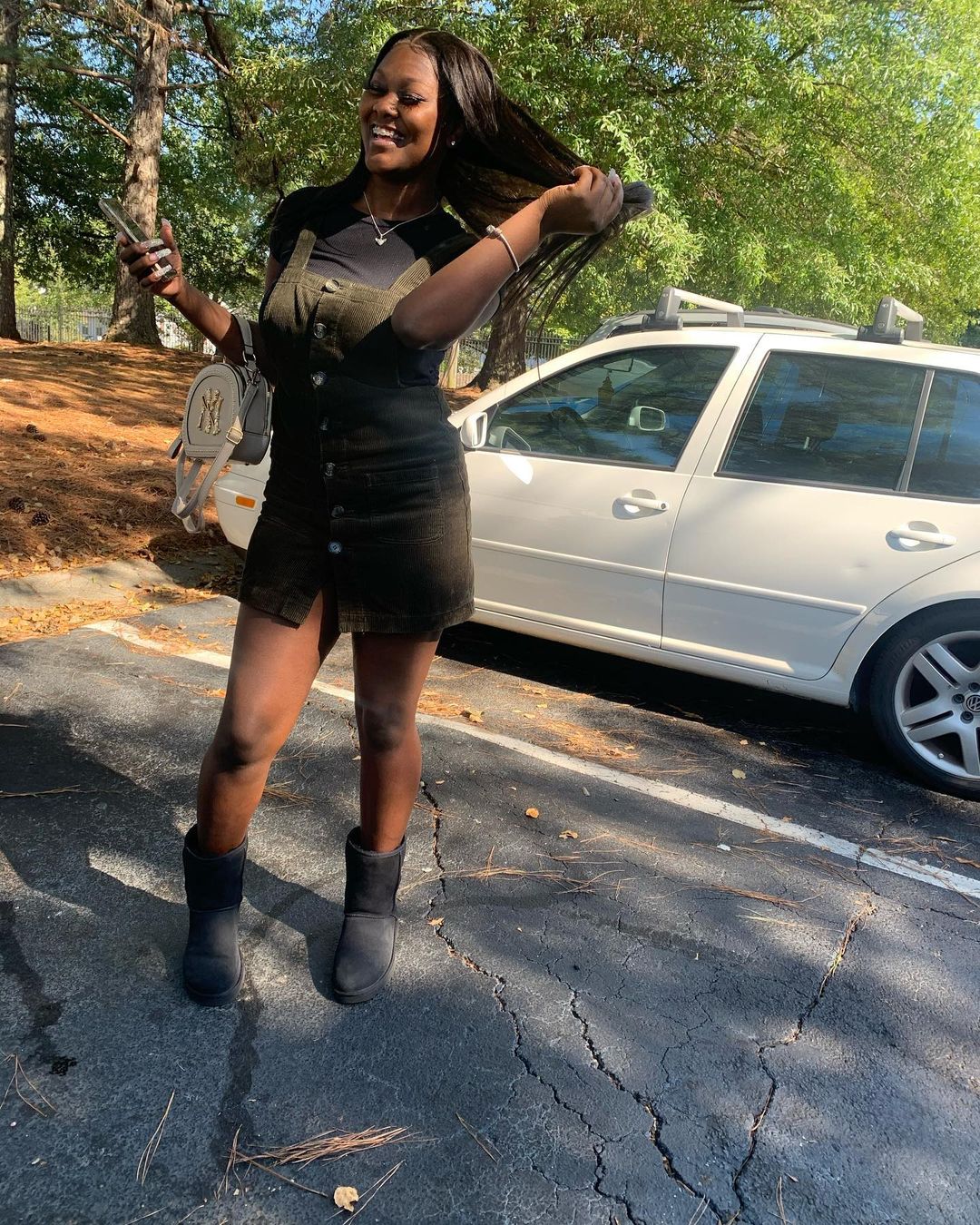