Rishi Sunak has restored a ban on fracking after it was briefly lifted during Liz Truss’s premiership, Downing Street confirmed today.

The new Prime Minister has returned to a Tory manifesto commitment – made ahead of the 2019 general election – to a moratorium on hydraulic fracturing for the extraction of shale gas.

Ms Truss had performed a U-turn on that pledge during her seven-week spell in No10.

She had argued fracking would help boost Britain’s energy security in the face of Russia’s invasion of Ukraine.

But the move was met be fierce opposition – including among Tory MPs – and saw a chaotic House of Commons vote on the issue last week.

The shambolic scenes in Parliament proved to be a deciding factor in Ms Truss’s downfall.

Mr Sunak has now reversed Ms Truss’s U-turn and re-committed to the 2019 promise. 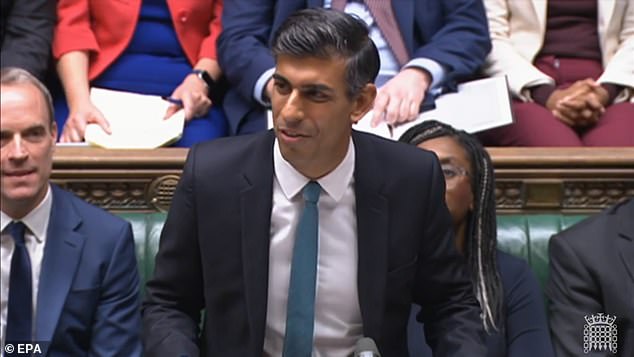 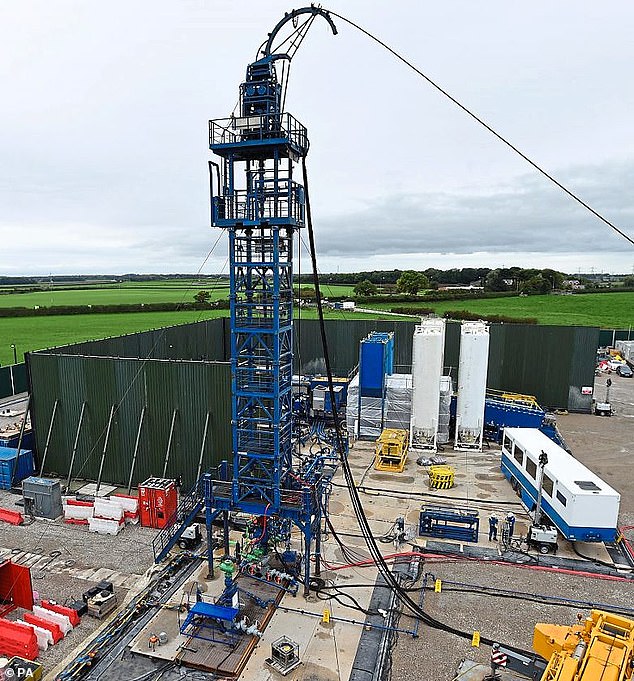 The new PM was quizzed on fracking during his first Prime Minister’s Questions this afternoon.

Green MP Caroline Lucas asked Mr Sunak if he would maintain the moratorium on fracking now that he had replaced ‘reckless’ Ms Truss.

‘Yesterday, he promised to fix her mistakes, as well as to uphold his party’s 2019 manifesto,’ she asked.

‘If he is a man of his word, will he start by reversing the green light she gave to fracking – since it has been categorically shown not to be safe – and instead maintain the moratorium that was pledged in that very manifesto he promised to uphold?’

The PM replied: ‘I have already said that I stand by the manifesto on that.’

Mr Sunak’s official spokesman later confirmed that Mr Sunak was committed to the effective ban on fracking set out in the Tories’ 2019 manifesto.

That document, written under Boris Johnson’s leadership, stated: ‘We placed a moratorium on fracking in England with immediate effect.

‘Having listened to local communities, we have ruled out changes to the planning system.

‘We will not support fracking unless the science shows categorically that it can be done safely.’

The moratorium on fracking was introduced by Mr Johnson in November 2019 amid concerns about earthquakes being triggered by the process.

It came weeks after operations at the Preston New Road site near Blackpool had been suspended following the recording of tremors.

Pro-fracking campaigners had amplified their calls for the effective ban to be overturned following Russia’s invasion of Ukraine, which caused gas prices to rocket.

They have also claimed the risk of significant earthquakes from fracking was being overstated by opponents.

Responding to the PM’s reinstatement of the fracking ban, Labour’s shadow climate secretary Ed Miliband said: ‘Last week Rishi Sunak voted against Labour’s fracking ban, but this week his spokespeople tell us he is in favour of the temporary moratorium on fracking in the Conservative manifesto.

‘Whatever their latest position, the truth is that the Tories have shown that they cannot be trusted on the issue of fracking.

‘The only way to guarantee that fracking will be banned for good is to elect a Labour government.’