Follow
Home » World News » Rogue builders who conned homeowner out of £13,500 are jailed

Rogue builders, 21 and 19, who conned brain-damaged homeowner out of £13,500 after giving him a £10 estimate for roofing work are jailed – after being caught with a ‘how-to’ guide on defrauding people

Two ‘callous’ conmen who swindled £13,500 from a homeowner with brain damage after giving him a £10 estimate for roofing work have been jailed for almost four years.

Jimmy Connors, 21, and his cousin Francis Ward, 19, posed as builders to con money from their vulnerable victim after visiting his home in Warwick last September.

The homeowner, aged in his 50s, was initially told by Ward he had a loose brick on his roof that could be repaired for £10.

However the rogue trader then told him there was more damage and charged him £3,000 for the repair before returning with Connors a few days later and telling him the beam in the roof was also damaged.

The pair were eventually caught after being found with a ‘how-to’ guide on their phones with steps on defrauding people.

Connors of Southam, Warwickshire, and Ward, of Queensferry, Deeside, have now been jailed after admitting fraud at Warwick Crown Court last week. 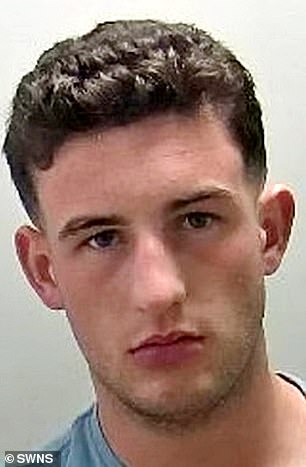 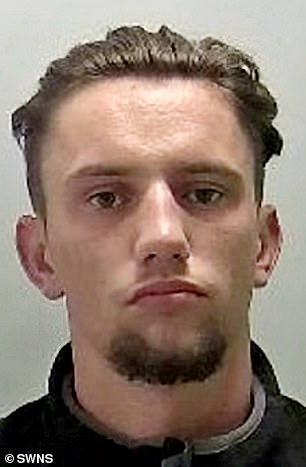 Francis Ward (left), 19,  and Jimmy Connors (right), 21, posed as builders to swindle money from a homeowner in Warwick

A court heard that after the homeowner initially agreed to the work, Ward came back a few days later where he spent half an hour on the roof pretending to inspect it.

He then told the homeowner there was more damage than expected and the bricks around the chimney were collapsing, which would cost £3,000 to repair.

The victim withdrew the money and handed it over before Ward returned with Connors a few days later and told him the main beam in the roof was also damaged.

A cheque for £7,200 was handed over but the rogue builders did not stop there and returned the following day to claim a second beam also needed repair work.

The victim said he could not afford the extra £4,000 now being quoted and Ward and Connors left agreeing to return a few days later to carry out the job.

In the meantime, the partner of the victim’s sister went to the property and spotted there was something wrong with the roof.

After becoming suspicious they arranged for the cheque to be blocked and contacted police who arrested the pair when they returned to the house on October 5.

Officers searched their vehicle and uncovered a large number of invoices relating to other work which linked Ward to another scam in Coventry.

He had conned a woman out of £3,000 after he said her roof required work before going on to cause £8,500 worth of damage himself.

Detectives also found WhatsApp conversations on Ward’s phone discussing how to befriend and defraud people along with steps to take to avoid being detected. 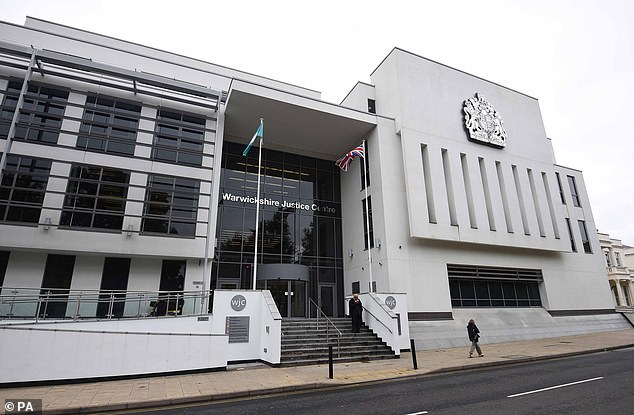 Connors of Southam, Warwickshire, was jailed for 20 months and Ward, of Queensferry, Deeside, was sentenced to 27 months at Warwick Crown Court (pictured)

Connors was jailed for 20 months and Ward was sentenced to 27 months behind bars.

Detective Constable Emma Pritchard, of Warwickshire Police, said after the case: ‘The victim was vulnerable and I have no doubt this would have been obvious to Ward and Connors.

‘This callous pair preyed on vulnerable people and conned them out of thousands of pounds.

‘Their actions were appalling and the fully deserved a prison sentence.’