Follow
Home » World News » ROLAND WHITE: Could YOU get a master's degree in pantomime?

ROLAND WHITE: Could YOU get a master's degree in pantomime?

Could YOU get a master’s degree in pantomime? What part did the Queen play, and what should you never say in rehearsals? As a university launches a very unlikely course, ROLAND WHITE has some panto puzzlers

Last Friday was Panto Day. Oh, yes it was!

The idea was to celebrate this country’s long pantomime tradition, which dates back 300 years.

The University of Staffordshire marked the occasion by launching what claims to be the first degree in panto.

From September, students can take a year’s MA course in Contemporary Pantomime Practice.

So how much do you know about its pedigree? 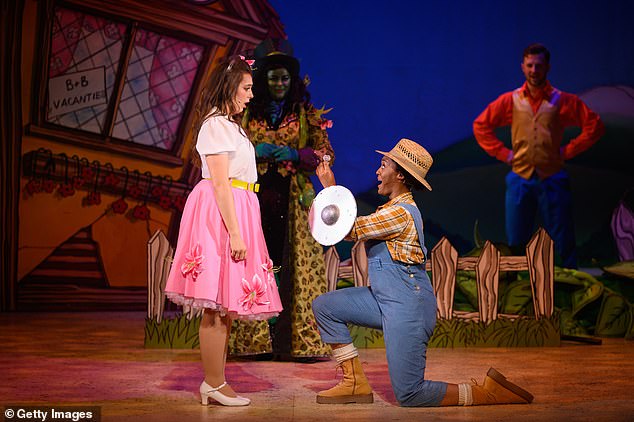 1. The word ‘pantomime’ is derived from the Latin pantomimus, which means:

A: A player in a dumb show.

B: An actor who can play many parts.

C: An actor who has no trousers.

D: A comedy with minimal laughs.

2. The Queen’s best-known acting job was parachuting into the opening ceremony of the 2012 London Olympics, but which panto role did she play at Windsor Castle in 1943?

A: A handsome prince. She had to because there was a wartime shortage.

C: One of the seven dwarfs, although obviously not Dopey.

D: Aladdin, who has access to a large space full of great treasures. 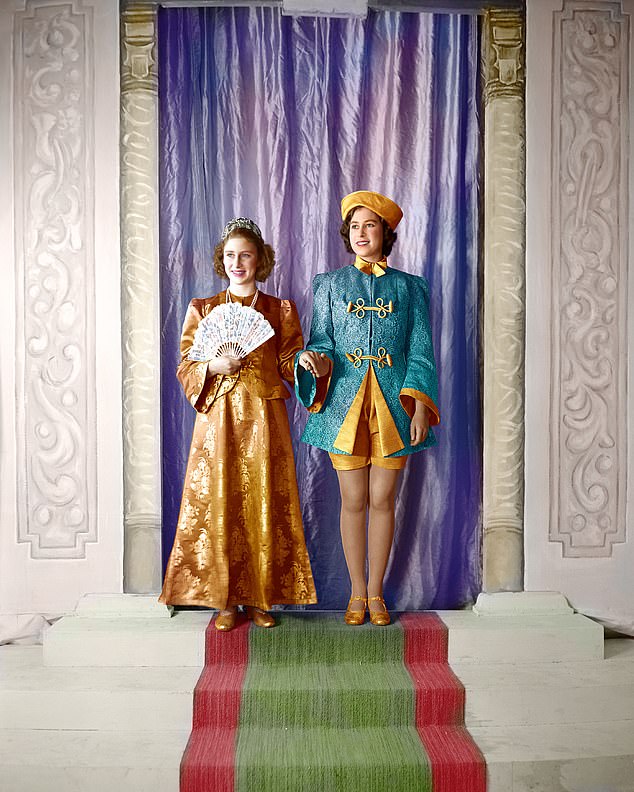 Princess Margaret and the Queen dress up in 1943, but what role did the royal play at Windsor Castle?

3. According to theatre tradition, what must be strictly avoided at a panto rehearsal?

A: Letting the dames wear their wigs.

B: Saying the name Buttons out loud.

4. Which popular panto character has previously been known as Pedro, Chips and Alfonso?

A: Buttons, who started life as Buttoni.

A: Aladdin. They are junior genies.

B: Peter Pan. They are the Lost Boys.

C: Dick Whittington. They are kittens.

D: Goldilocks And The Three Bears. They are the bears who didn’t make it past casting to the final three. 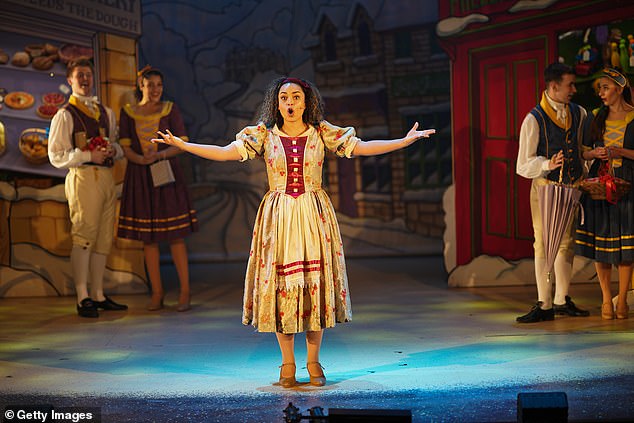 6. Which panto character was named in the mid-19th century after a cheap brand of tea?

A: Aladdin’s Widow Twankey. Should she have been Mrs Lapsang?

B: Aladdin’s Wishee-Washee — clearly a cup of weak builders’.

7. In Denmark, he is known as Gnaupot. In Italy, he is Brontolo. In Sweden, he is Butter. Who is he in English?

B: Grumpy from Snow White. As the advert so nearly said: ‘I can’t believe he’s not Butter’.

C: The Beast, from Beauty And The Beast.

D: The Giant, from Jack And The Beanstalk. 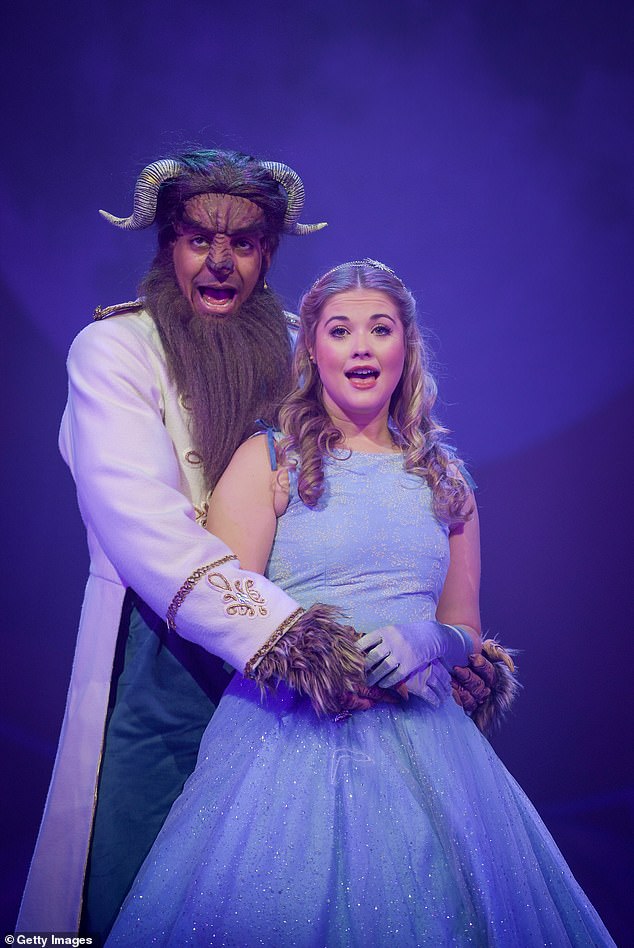 8. Panto is descended from the commedia dell’arte, a form of improvised comedy based on stock characters that was first popular in 16th-century Italy. Which of these was not a commedia character?

A: Pantalone, a character stripped to his Y-fronts.

B: Pierrot Hercule, the great detective of Italian commedia.

C: Il Dottore — sounds like one of the Italian seven dwarfs.

D: Il Bigone, or is that a type of spaghetti?

9. Why did children play dwarfs in a controversial 2011 production of Snow White at the Grand Theatre, Wolverhampton?

A: There was a lack of suitable actors (no pun intended).

B: Actors of the correct height were too expensive.

C: Professionals refused to take the roles, to draw attention to the plight of shorter actors.

D: The theatre gave in to protesters who claimed Snow White presented a stereotypical representation of short people. And stepmothers.

A: Baron Hardup, surely ideal for a former shadow chancellor.

B: Dick Whittington, whose cat would do a better job than some recent London mayors.

D: Daddy Bear in Goldilocks (‘Mr Speaker, the Tories have eaten my porridge.’) 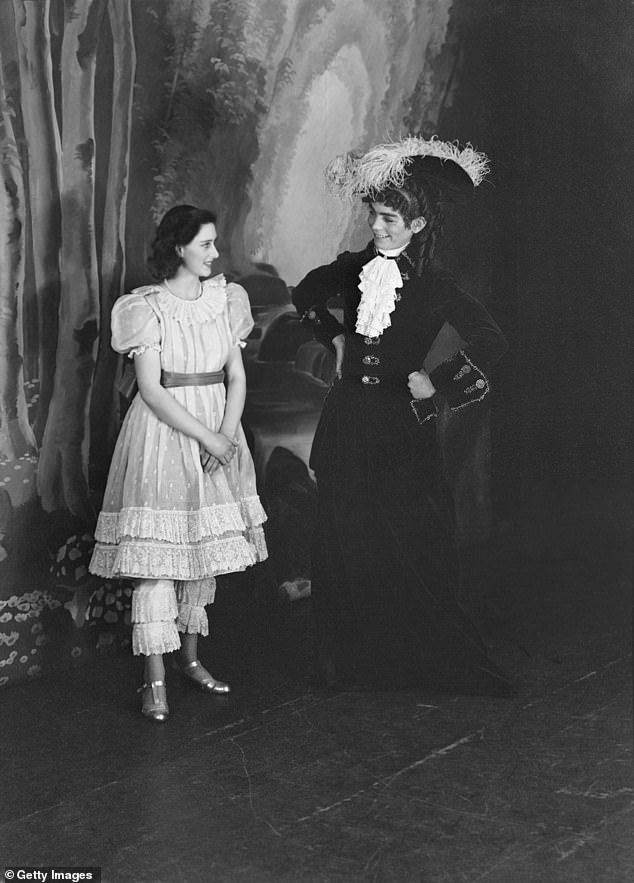 11. What is the name of Captain Hook’s ship?

A: The Jolly Roger, although there’s nothing jolly about Hook.

B: The Black Heart, and hearts don’t come blacker than Hookie’s.

C: The Never Never, as it was paid for on the never-never.

D: The Crocodile’s Revenge — a dance which will presumably be filmed on TikTok.

12. In the Grimm fairytale version of Cinderella, what happens to the ugly sisters?

A: They live happily ever after.

C: They have their eyes pecked out by a pigeon. Serves ’em right.

D: They are put to work in the handsome prince’s kitchens.

13. In the original folk tale, where were the Babes In The Wood abandoned? (Sorry, no marks for ‘The Wood’. )

A: The Black Forest.

B: A small wood near Norwich.

D: The Foret de Gros Bois in the Auvergne region of France.

14. In Mother Goose, what is the name of the goose?

A: Goldie. What else for the goose which lays the golden egg?

C: Priscilla (as in Priscilla, Queen of the Panto).

D: Henrietta. Honestly, would any self-respecting goose be called Hen?

15. The film version of which panto starred Antonio Banderas in the lead role, Salma Hayek as Kitty Softpaws, and Mike Mitchell as Andy Beanstalk?

A: Puss In Boots.

D: Jack And The Beanstalk.

A: Baron Hardup, who met her at the Prince’s ball.

B: Dick Whittington. Alice was the boss’s daughter.

C: Friar Tuck, swept off his feet in Robin Hood — and Tuck would take a lot of sweeping.

D: Captain Smee from Peter Pan, because every girl loves a sailor.

17. Christopher Biggins made his first panto appearance in 1965, but in which role?

A: The genie’s apprentice in Aladdin.

B: A rat in Dick Whittington.

D: A pumpkin in Cinderella. 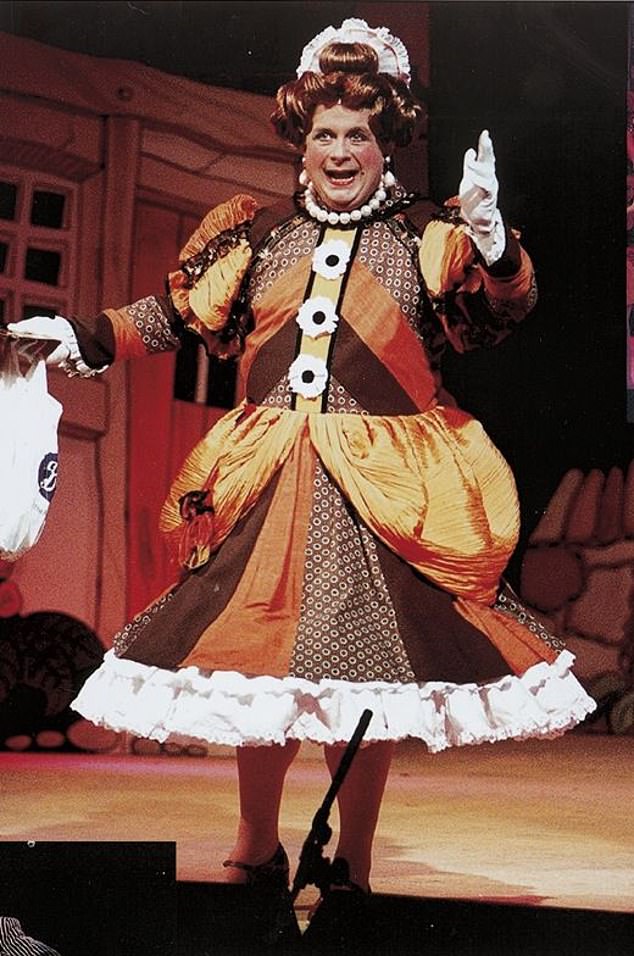 18. According to the old panto joke, why does Dick Whittington have a beard?

A: Because he’s a hair today, gone tomorrow sort of character.

B: To remind him of his close shave with poverty.

C: Because he was having a bad mayor day.

D: Because eight out of ten cats prefer whiskers?

19. Why were Peter Pan’s pals in Neverland called The Lost Boys?

A: They were urchins Peter Pan author J. M. Barrie saw on the streets of London.

B: Their nanny did not notice they had fallen out of the pram.

C: They had lost their pocket money so went with Peter to the Neverland of opportunity.

D: Having found adventure, they deliberately ‘lost’ their parents.