A ROOKIE cop aged 21 was rushed to hospital last night after burglars rammed her patrol car while trying to flee a break-in.

A manhunt is now underway to catch the crooks who attempted to break into units at a business park in Atherton, near Bolton. 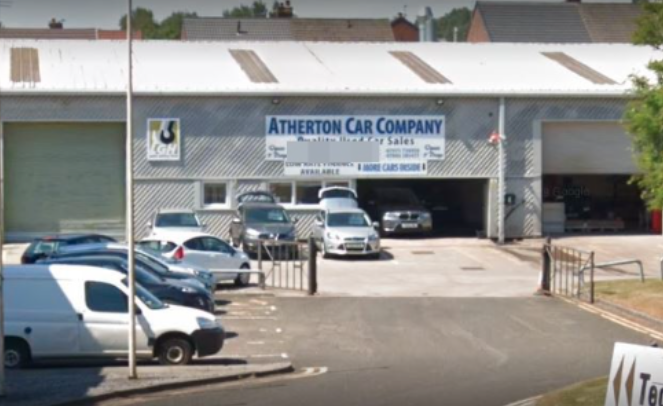 Greater Manchester Police said when officers arrived at the scene, the gates to Bluebell Business Park were closed so they parked outside.

As the two officers left their vehicle, they saw a car hurtling towards them.

The Ford Kia smashed through the gates and then the patrol car before making a get away.

The young officer jumped back but the impact caused the passenger window to shatter, slicing her arms.

The 21-year-old, who had only recently joined the force, also suffered pain in her back and was taken to hospital for checks.

A sergeant for Manchester City Centre said on Twitter: "If you have any information or dash-cam footage, please get in touch with the police.

"Thoughts with the officer & her colleagues, wishing the officers a speedy and full recovery."

The Kia was found abandoned shortly after.

The vehicle has now been recovered for forensic analysis.

Tools were found in the car but no stolen goods. It is believed at this stage they tried to break into a number of units but nothing was stolen.

GMP said the crooks had "made good their escape".

An investigation has now been launched to trace the culprits.

Police are asking witnesses or anyone with information to call them on 101 or Crimestoppers, anonymously, on 0800 555 111.

This comes after nine police officers were injured as riot police clashed with pro-Palestine demonstrators outside the Israeli embassy in London yesterday.

The Met said missiles were thrown at officers during "small pockets of disorder" following a peaceful rally in solidarity with the people of Gaza after days of bombing.

Thirteen people were arrested on suspicion of violent disorder and Covid breaches. They all remain in custody..

In Scunthorpe, Lincs, a long-serving police officer suffered a fractured skull and eye socket following vicious attack as he tried to break up a teen brawl.

The dad-of-three was kicked and punched after responding to a 999 call on Friday afternoon.