Thanks a bunch! Spanish singer is NOT happy with fan as she’s hit in the face by bouquet thrown onto stage during US gig

Spanish pop star Rosalia has urged fans to take more care when throwing flowers on the stage after the singer was stuck in the face by a bouquet during her live show.

The singer-songwriter was left speechless after the incident interrupted her moment of magic as she was applauded by concert-goers at the end of a song.

She recovered quickly enough and maintained her composure after the flower incident. She smiled at the crowd and fired off an imaginary bow and arrow at the unidentified flower-throwing culprit. 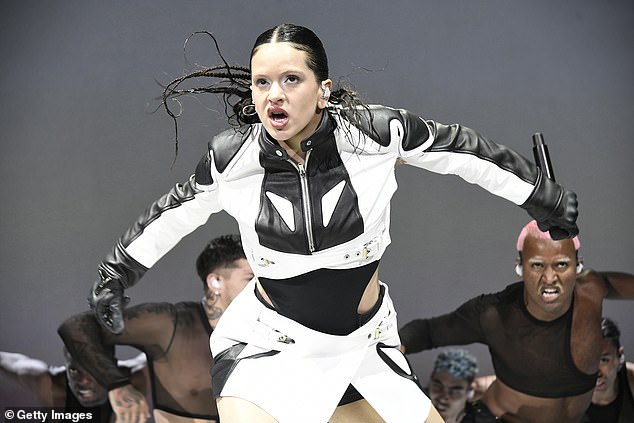 The 30-year-old Catalan, now an internationally-known artist after accumulating ten number-one singles in her home country, later took to Twitter with a message to her followers.

She said: “Please don’t throw things onto the stage.”

Alluding to the name of studio album Motomami which roughly translates as ‘biker chick’ in English, the pretty brunette added: “If you are so Motomamis that you still throw them, then make sure you throw them to the opposite side of where I’m standing.”

She finished her tweet in Spanish with a slightly smiling face emoticon, showing she wanted her plea to be taken seriously. 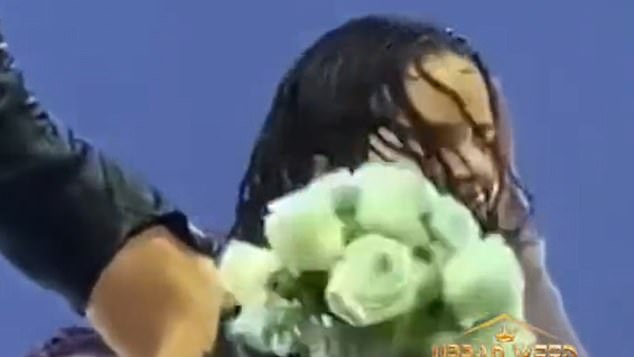 The Spanish pop star was struck in the face by a bouquet of flowers during her tour show in San Diego, California on Monday

The incident happened in San Diego while she was performing as part of the American leg of her ongoing Motomami World Tour.

She is due to take to the stage for two nights in the Californian city of Inglewood from tomorrow.

When she was in Mexico in August, fans threw dolls called Simi dolls which are the mascot of a nation-wide pharmacy chain.

The tradition is a way many music lovers have of welcoming their favourite artists into the country.

Lady Gaga was hit in the face by one of the dolls earlier this year as she performed on the stage in the Canadian city of Toronto.

The incident sparked the anger of another fan who wrote alongside footage of the moment the New York-born artist was hit in the face with the flying object while she was in mid-song: “How do some fans think is okay…this is so dangerous and sad.