Routine Covid testing for NHS staff and carers nears an end: Nearly all of the remaining Government-funded asymptomatic swabbing schemes will be ‘paused’ at end of August

Routine Covid testing for NHS and care home staff in England is to be ‘paused’ at the end of August, officials have announced.

The Department of Health and Social Care said the decision to stop all asymptomatic testing comes as cases of the virus continue to fall.

Latest data show just over 1.4million people in England had the virus on any given day in the week up to August 6, down a third on the week ending July 26.

Free testing for the general population stopped earlier this year but health and social care leaders called for it to remain among NHS and care staff amid high cases.

Testing for staff and patients without symptoms continued in NHS, social care and some prison settings.

Health bosses said that they made the decision to pause testing for most people without symptoms from August 31, but will resume it ‘should it be needed’. 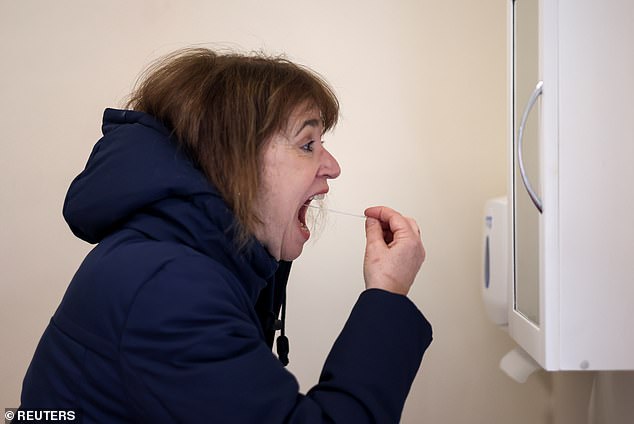 Routine Covid testing for NHS and care home staff in England is to be ‘paused’ at the end of August, officials have announced. Pictured: Nicky Clough takes a swab for a lateral flow test before being allowed to visit her mother Pam Harrison at the Alexander House Care Home in London in March last year 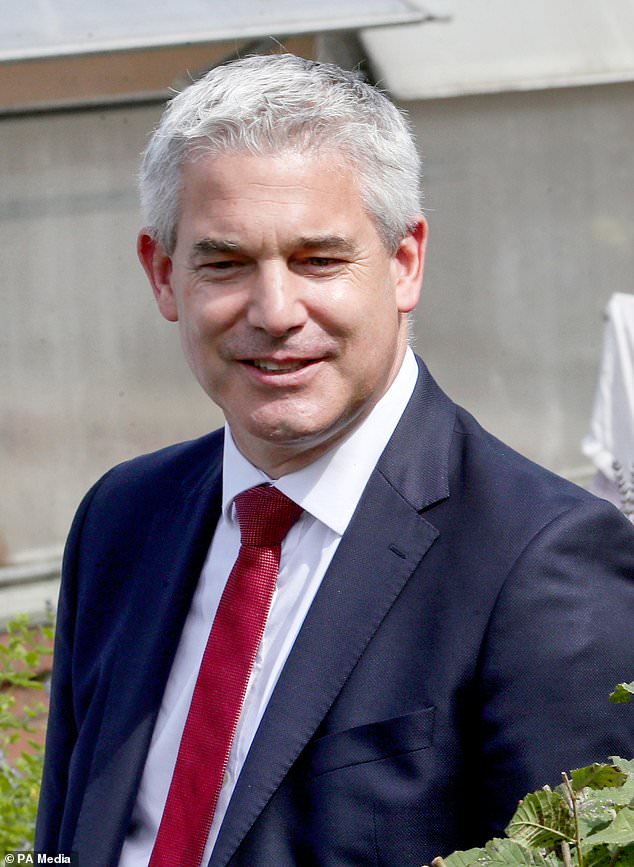 Tens of thousands of Britons will die early due to Covid-induced delays to their cancer treatment, according to a leading expert who fears the crisis will only get worse.

Cancer care was effectively ground to a halt for some patients when the pandemic first reached the UK’s shores, with appointments cancelled and diagnostic scans delayed because of the Government’s devotion to protecting the NHS.

More than two years on, official figures show hospitals are performing worse on treating cancer than ever before.

Professor Pat Price, an oncologist at Imperial College London and chair of Radiotherapy UK, a charity demanding action to tackle the ever-growing backlog, described the chaos as a ‘vicious circle’.

She said: ‘It’s patients feeling they can’t bother the NHS yet or not being able to get GP appointments.

‘Then, referrals are taking too long and when patients do reach hospitals there are biopsies and scans backlogs and more delays to see radiotherapy and surgeons.

‘It’s delays throughout the whole process and it’s getting worse and worse every day.’

Health secretary Steve Barclay said: ‘Thanks to the success of our world-leading vaccination roll-out, we are able to continue living with Covid and, from 31 August, we will pause routine asymptomatic testing in most high-risk settings.

‘This reflects the fact case rates have fallen and the risk of transmission has reduced, though we will continue to closely monitor the situation and work with sectors to resume testing should it be needed.

‘Those being admitted into care homes will continue to be tested.

‘Our upcoming autumn booster programme will offer jabs to protect those at greatest risk from severe Covid, and I urge everyone who is eligible to take up the offer.’

Testing for people with symptoms will continue in some NHS, social care and prison system settings.

This will include NHS staff with symptoms, patients who need a diagnosis so they can access Covid treatments and care home and hospice staff.

Dr Susan Hopkins, chief medical adviser to the UK Health Security Agency, said: ‘Covid case rates and hospitalisations are on the decline, demonstrating the positive impact of the vaccines, which remain our best form of defence.

‘The data from our surveillance shows prevalence is low and decreasing, and we will continue to monitor this data closely.

‘If you are invited to receive a booster jab in the autumn, or if you have not yet had a Covid vaccine, please do take up the offer to protect yourself and those around you.’

However, NHS leaders have warned it will not ‘take much for cases to increase again’ and the policy should be kept under ‘close review’.

Matthew Taylor, chief executive of the NHS Confederation, said: ‘NHS leaders will put their faith in the experts that this decision is the right one.

‘But after over two years of the pandemic, they know that it doesn’t take much for cases to increase again and that much of the spread of coronavirus previously, including within healthcare settings, was from people who were asymptomatic.

‘As services gear up for rolling out the autumn boosters from next month, members have also reflected that the timing of this policy change could downplay how serious Covid still is and could undermine messages around the need to get vaccinated.’

Free asymptomatic testing for millions of people officially ended on April 1 in England as part of the Government’s ‘living with Covid’ strategy.

The scheme was ended in Scotland in May and at the end of June in Wales.

Former health secretary Sajid Javid said it was the ‘right’ time to withdraw the universal testing offer and ‘focus resources’ on those who need it most.