Row over 'discovery' of a SECOND Sphinx in Egypt

EGYPT'S tourism board has announced the discover of a SECOND sphinx statue – a claim that has been widely mocked by archaeologists.

Egyptian tourism official Reda Abdel Halim told local media on October 24 that a statue of a similar size to the famous monument had been found in the pyramids area in Giza, near Cairo. 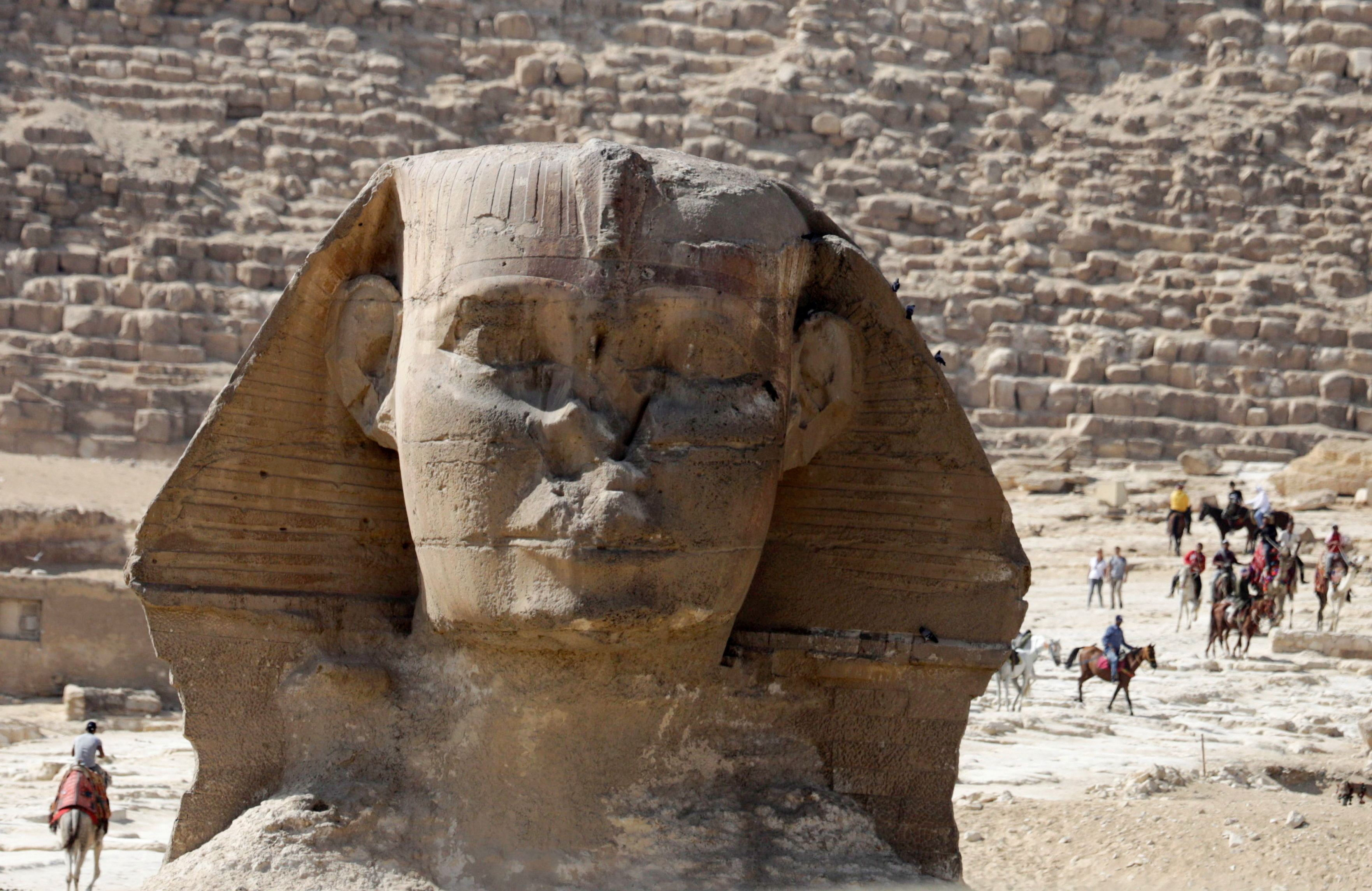 According to news site Al-Monitor, the statue is 73 meters high, with a head 20.5 meters tall and hands that extend over 15.5 meters – like the Sphinx.

He added that researchers Zagazig University had examined the artefacts and confirmed its existence.

If Halim's claims prove true, the discovery would be a counterpart to the Great Sphinx of Giza, one of the most recognisable statues in the world.

The limestone sculpture of a reclining sphinx, a mythical creature with the head of a man and the body of a lion, is thought to be roughly 4,500 years old.

Archaeologists have slammed claims that a second version has been discovered as "completely untrue".

Zahi Hawass, former Minister of Antiquities and an archaeologist who oversaw the pyramids area for nearly 20 years, said the comments were part of an attempt to create "media fanfare".

“The Sphinx is unique in Egypt and the world. … Any talk about discoveries of other similar statues is baseless and has only one purpose, which is creating media fanfare,” he told Al-Monitor.

“During the many years I headed the Giza pyramids area, we worked along Egyptian and foreign experts and archeologists, scanning the entire area, and I can assure there is not another statue of the Sphinx."

He added that claims about research on the Sphinx at Zagazig University are also false.

The researcher stressed that archaeologists do not know of any current scientific research about the discovery of any such statue.

His comments were echoed by Nevin al-Arif, media advisor to the minister of tourism and antiquities.

She told Al-Monitor: “All these statements about a new Sphinx are baseless."

A number of experts, including the Secretary-General of the Supreme Council of Antiquities, Mustafa al-Waziri, have denied the claims, she added.

"The statue in question was discovered a long time ago in the area and has nothing to do with the original Sphinx. It is nothing but a normal statue,” she said.

Halim, the director of public relations for the Giza pyramids district at the Egyptian Ministry of Tourism and Antiquities, has defended his claims.

He stressed that the statue in question is another sphinx, and that evidence related to the loss of text from the original Sphinx is proof of this.

The Great Sphinx of Giza stands next to the Great Pyramid and measures 73m long and 20m high.

It was probably constructed to resemble the Pharaoh Khafre around 2500BC, according to historians.

However, it has long been thought other such sphinx may exist honouring other pharaohs.

Falas claims surrounding the discovery of a second Egyptian sphinx statue have been made before.

In 2018, officials said that a similar statue had been found by workers improving a major road in the city of Luxor. 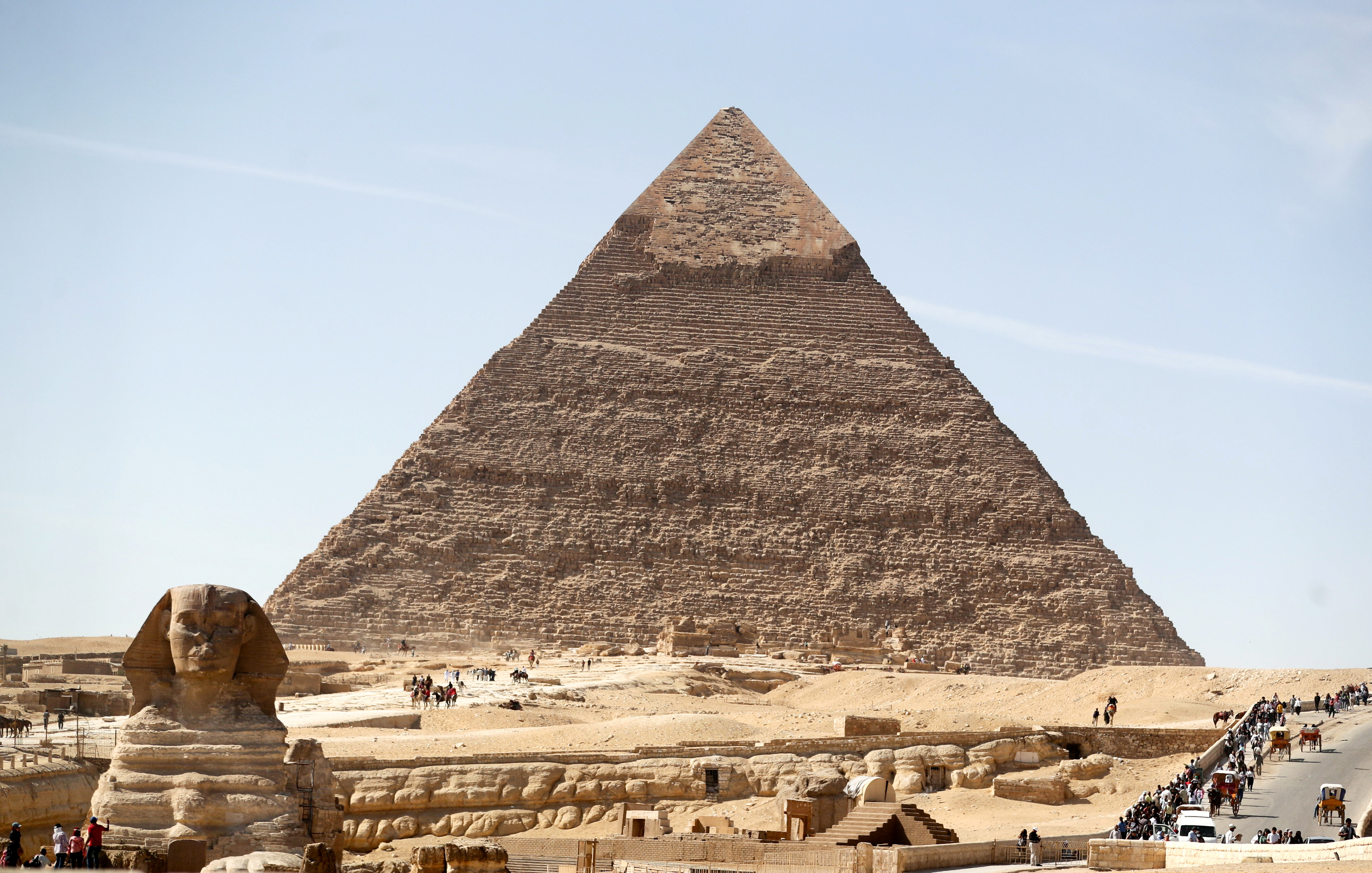 In other news, the elusive origins of an ancient tribe whose bodies were found perfectly preserved in a desert in China have finally been identified.

The wreck of a US ship that hunted Nazi spies and sailed the seas for 88 years has been found after a decades-long search.

Woolly mammoths were killed off by climate change and not humans, according to new research.

And, Vikings sailed to America as early as 1021, nearly 500 years before Christopher Columbus, ancient tree stumps have revealed.