A Royal Navy engineer who ‘sniggered’ as he grabbed a female sailor’s bottom while she climbed up a ladder has been convicted of sexual assault.

His victim, who can’t be named for legal reasons, had been trying to get rid of ‘intoxicated’ AB Goffey and was left feeling ‘very uncomfortable’.

He was convicted of sexual assault following a three-day trial at Bulford Military Court, Wiltshire. 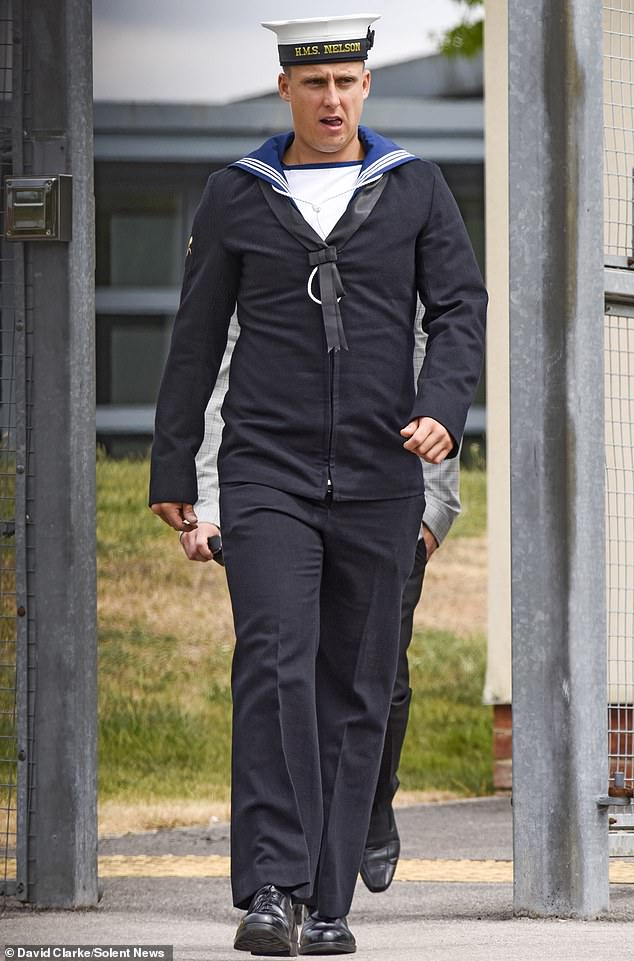 The court heard that a number of mess parties broke out across the ship after the organised deck barbecue had come to an end.

AB Goffey arrived at his victim’s mess because he had ‘run out of booze’ and wanted to persuade her and others to go to one of the parties, the court was told.

The female sailor and others tried to draw AB Goffey away from the mess by going to another area of the ship, which meant going up a ladder. 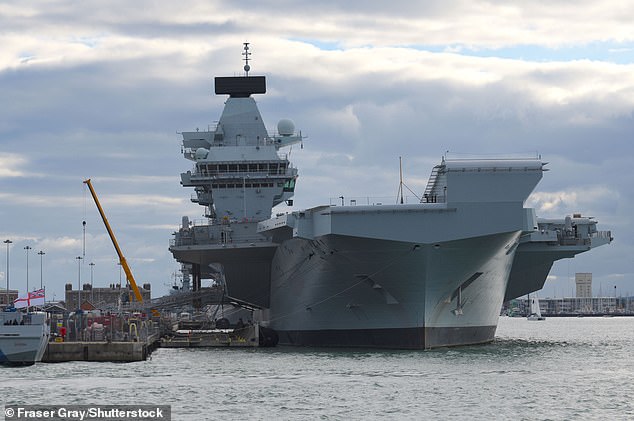 The court heard that as the group went up the ladder one-by-one, AB Goffey sexually assaulted the sailor.

Giving evidence, the victim said: ‘We all went up single-file.

‘I felt two hands on either side of my butt-cheeks for about two seconds.

‘I turned around to push him away and he just sniggered. I slapped his hands away.’

AB Goffey admitted he could be ‘very confident’ after a few drinks but insisted he didn’t grope the sailor.

He said he couldn’t have touched the woman’s behind while he was following her up the ladder because he would not have been able to balance. 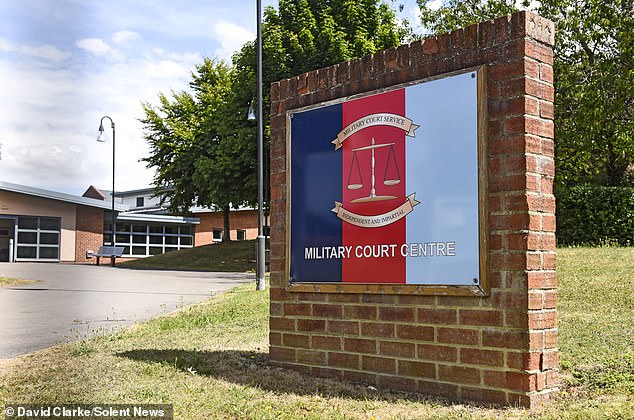 AB Goffey was convicted at Bulford Military Court (pictured), where he was also cleared of two further counts of sexual assault

He said: ‘You have to grab the handrails to go up those ladders.

‘Everyone was drunk so you would definitely have needed to grab the handles.’

AB Goffey, now understood to be based at HMS Nelson in Portsmouth, Hampshire, will be sentenced for sexual assault at a later date.

The engineering technician was cleared of two other counts of sexual assault.

He had been accused of touching another female sailor’s bottom and kissing her but had told the court that this was not sexual as he ‘knew she was a lesbian’.

He also claimed he acted in a ‘gentlemanly way’.

Construction of the 65,000-tonne warship began in 2011 in Rosyth dockyard in Fife, eastern Scotland.

It departed in September 2019 for eight weeks of sea trials and arrived in Portsmouth in the November with a 600-strong crew on board as well as 300 contractors.

The ship is one of the most powerful surface warships ever constructed in the UK with a flight deck of 230 feet wide and 920 metres long – enough space for three football pitches.

After being declared fully operational in October 2021, the HMS Prince of Wales participated in an international exercise off the coast of Scotland.

It has also taken part in joint operations with its sister ship HMS Queen Elizabeth. 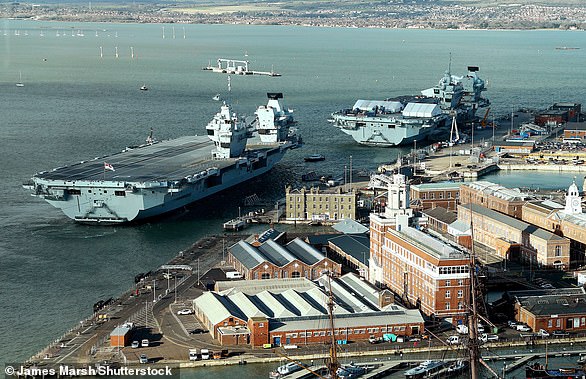 HMS Prince of Wales is one of the most powerful surface warships ever constructed in Britain. Pictured in Portsmouth Harbour