The RSPCA has blasted rogue anglers after heartbreaking pictures show a swan lying dead after getting tangled in a fishing line.

Animal inspector Michelle Hare raced to the scene after a walker spotted two cygnets trapped in the angling gear.

One of the swans was dead but she managed to free the other bird which was caught at Eastfield Park, in Greenside, Northampton on July 7.

The animal charity has released graphic pictures of the dead swan to warn of the dangers of discarded fishing lines. 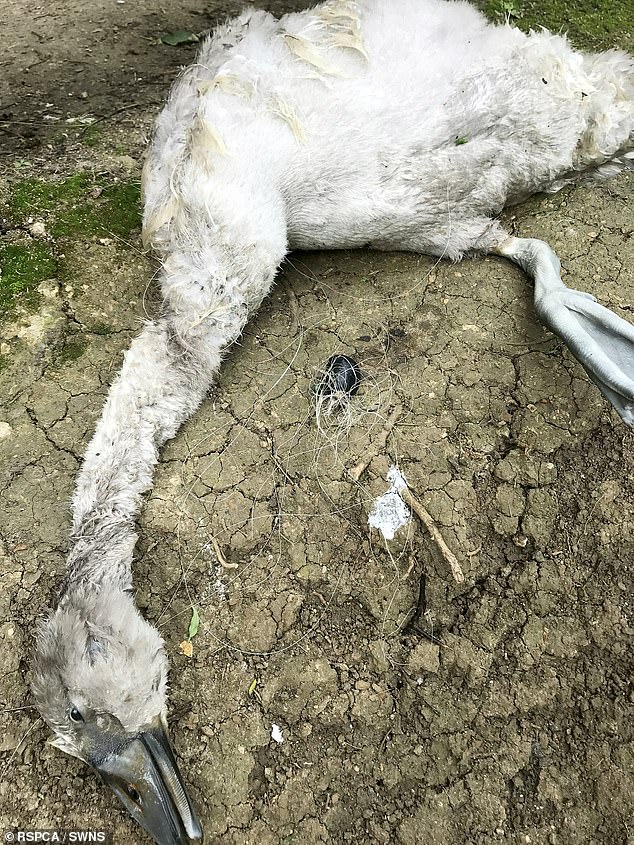 The baby swan died after getting caught in discarded fishing line

Ms Hare said: ‘It’s just heartbreaking to think this poor bird died as a result of someone not disposing of a fishing line correctly.

‘Fortunately, the second bird, who I understand was caught by the same line, had managed to get free.

‘There was a concern the bird still had some line on their beak.

‘I checked the area and could not find the cygnet and I also returned the next day to check again and there were no cygnets with lines on them so this one must have managed to get themselves free.

‘We are grateful to the members of the public who reported this to us.’ 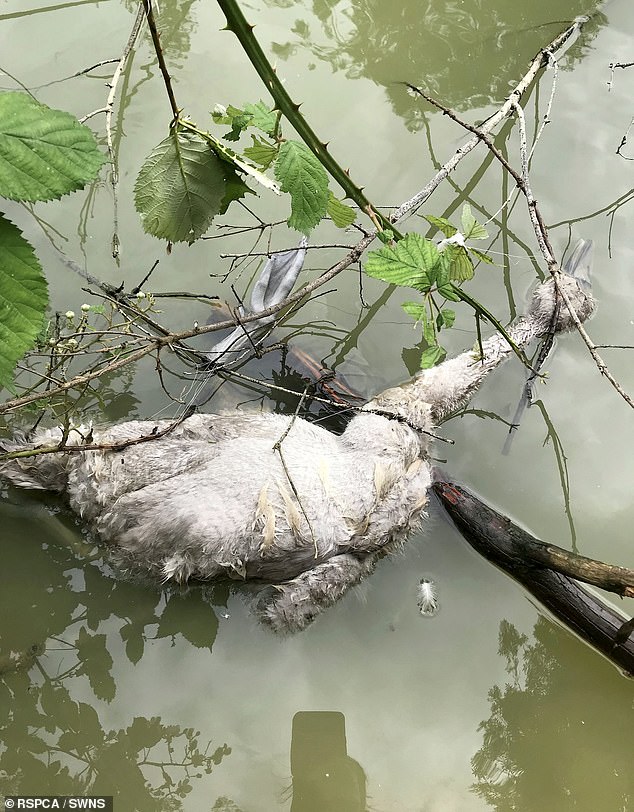 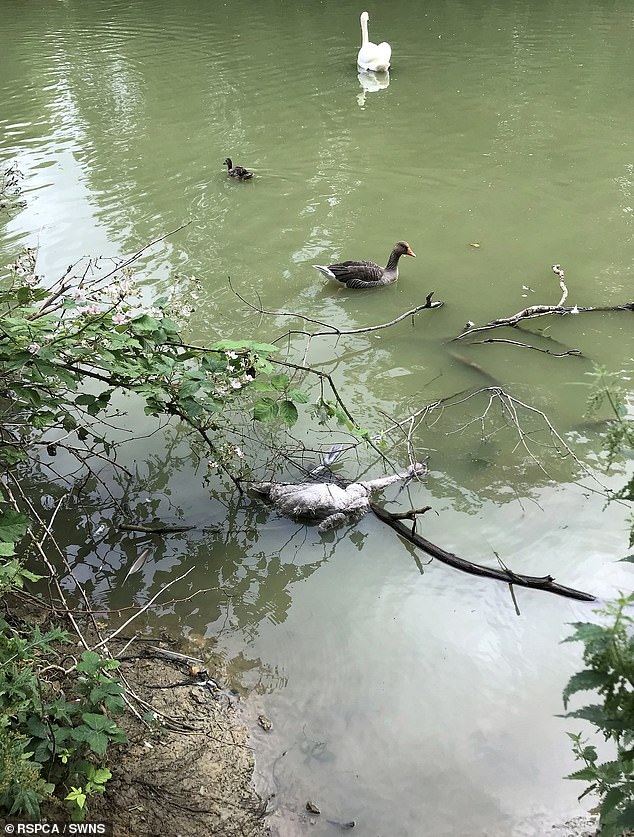 Nearly 40 per cent of all litter-related calls to the RSPCA last year were about animals that had become caught in fishing gear.

They included a seal being strangled by an old fishing net to dozens of swans who swallowed or were pierced by old fishing hooks or became entangled in fishing line.

An RSPCA spokesperson said: ‘The majority of anglers do dispose of their litter properly and it is frustrating that those who don’t possibly don’t realise how dangerous it is to animals.

‘Discarded line, in particular, is a terrible hazard for wildlife, particularly as it can be almost invisible.

‘We strongly urge those who enjoy fishing to be extra cautious to make sure nothing is left behind.’

Baby, images, of, RSPCA, shares, sw
You may also like: