The great-great-great-granddaughter of wool pioneer and Rum Rebellion leader John Macarthur has triumphed over her late brother by gazumping his option over a $4.4 million Darling Point apartment, in a postscript to a battle over an estate worth several hundred million dollars.

The NSW Court of Appeal ruling in favour of Lady Katrina Denzil Hobhouse comes a year after her adversary died from bone cancer, and follows an unedifying family stoush that publicly aired details of the family matriarch attacking her daughter with a newspaper and broomstick as she sank into dementia. 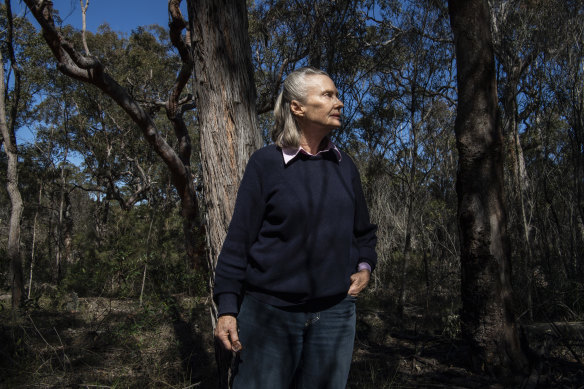 Lady Katrina Denzil Hobhouse has won a final victory over her brother in their battle over the Macarthur-Onslow estate.Credit:Louise Kennerly

The dispute between Hobhouse and her brother, Lee Macarthur-Onslow, dated back to at least 2004, when a building developer offered to purchase their family property “Mount Gilead” near Campbelltown for $175 million plus 7.5 per cent of gross profits if the land could be rezoned for housing.

The siblings’ differences over the developer’s offer prompted their mother, Lady Dorothy Wolseley Macarthur-Onslow, to remove Hobhouse as a director of the family company Kalemon, having formed the view that her conduct might jeopardise the negotiations. 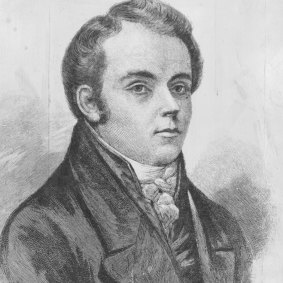 In a secretly recorded conversation that was later tendered in court, Macarthur-Onslow told Hobhouse she did not want her children to spend the rest of their lives fighting each other “and getting nowhere”.

“I think it’s very sad that I’ve been forced to do this,” Macarthur-Onslow said.

“You’ve been nothing but difficult the whole way through, or complain bitterly about it, darling.”

Later in 2004, Macarthur-Onslow drew up a second will, which changed the share distribution in Kalemon to give Lee a controlling interest in the family trust, and how the assets would be distributed. She died in 2013.

But the NSW Supreme Court found in 2016 that she had not understood the effect of what she was doing when she drew up the new will.

It heard that she had been diagnosed with Alzheimer’s disease and was increasingly behaving out of character. She would offer cups of tea but never deliver them, or deliver several in quick succession, sometimes minus the tea. On one occasion she attacked her daughter with a newspaper and on another she hit her with a broomstick so hard the stick broke in two. She was also seen washing tea towels in dog bowls, including one that still contained food.

She had also been consistent that despite giving Lee control of the family company board, the children should share the assets equally upon her death.

In 2021, the siblings signed a deed that conferred several options for them each to buy different properties in the estate, including a first call option for Lee to buy the apartment on Yarranabbe Road. The option ran out after 60 days while he was waiting for a second valuation and Hobhouse claimed that her option to buy the apartment began on that date.

Supreme Court Justice Francois Kunc ruled in June last year that Lee retained his option over the apartment because a valuation had not been determined in accordance with the deed, which required two valuations to determine the market price. Lee died suddenly three months later, and he went to his grave with a victory over his sister.

But Hobhouse launched an appeal, and the NSW Court of Appeal found on Tuesday that the deed did not require two valuations to be obtained. She will now have first option to buy the apartment.

Macarthur was a former Rum Corps officer and one of the colony’s leading entrepreneurs, with a large land holding. He was arrested in January 1808 by Governor William Bligh, ostensibly over violating port regulations. The corps then invaded Government House on January 26, arrested Bligh, and took over the administration of the colony until Lachlan Macquarie became governor in January 1810.