Russia is suspending its mission to NATO: Russian foreign minister

Russia’s foreign minister said Monday that the country is suspending its mission to NATO.

Foreign Minister Sergey Lavrov said the move is in response to last week’s expulsion by NATO of eight members of Russia’s mission to the military alliance.

NATO said they were secretly working as intelligence officers and halved the size of Moscow’s team able to work at its headquarters. Lavrov also announced that NATO’s military liaison and information offices in Moscow would be closed. 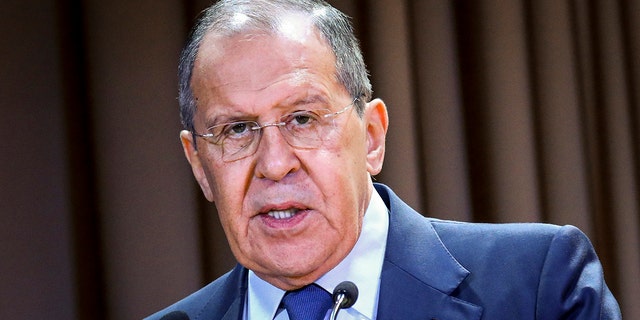 “As a result of NATO’s deliberate moves, we have practically no conditions for elementary diplomatic work and in response to NATO’s actions we suspend the work of our permanent mission to NATO, including the work of the chief military envoy, probably from Nov. 1. Or it may take several more days,” Lavrov said.

He also said contact between the Western alliance and Moscow could be done through the Russian embassy in Belgium.

The Russian mission isn’t based at NATO’s headquarters, but in a leafy neighborhood in the south of the Belgian capital, Brussels.

NATO suspended practical cooperation with Russia in 2014 after it annexed Ukraine’s Crimean peninsula, but has kept channels open for high-level meetings and for military-to-military cooperation. But the NATO-Russia Council, their preferred forum, has only met sporadically since then. 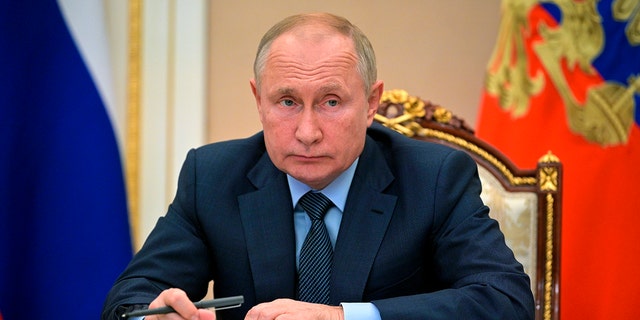 Russian President Vladimir Putin meets with the heads of the intelligence services of the Commonwealth of Independent States (CIS) countries via teleconference in Moscow on Oct. 13.
(Alexei Druzhinin, Sputnik, Kremlin Pool Photo via AP)

Russia and NATO also have been at odds over Moscow’s nuclear missile development, aerial intrusions into NATO airspace and the buzzing of allied ships by fighter planes.

Official talks between them have been limited in recent years.