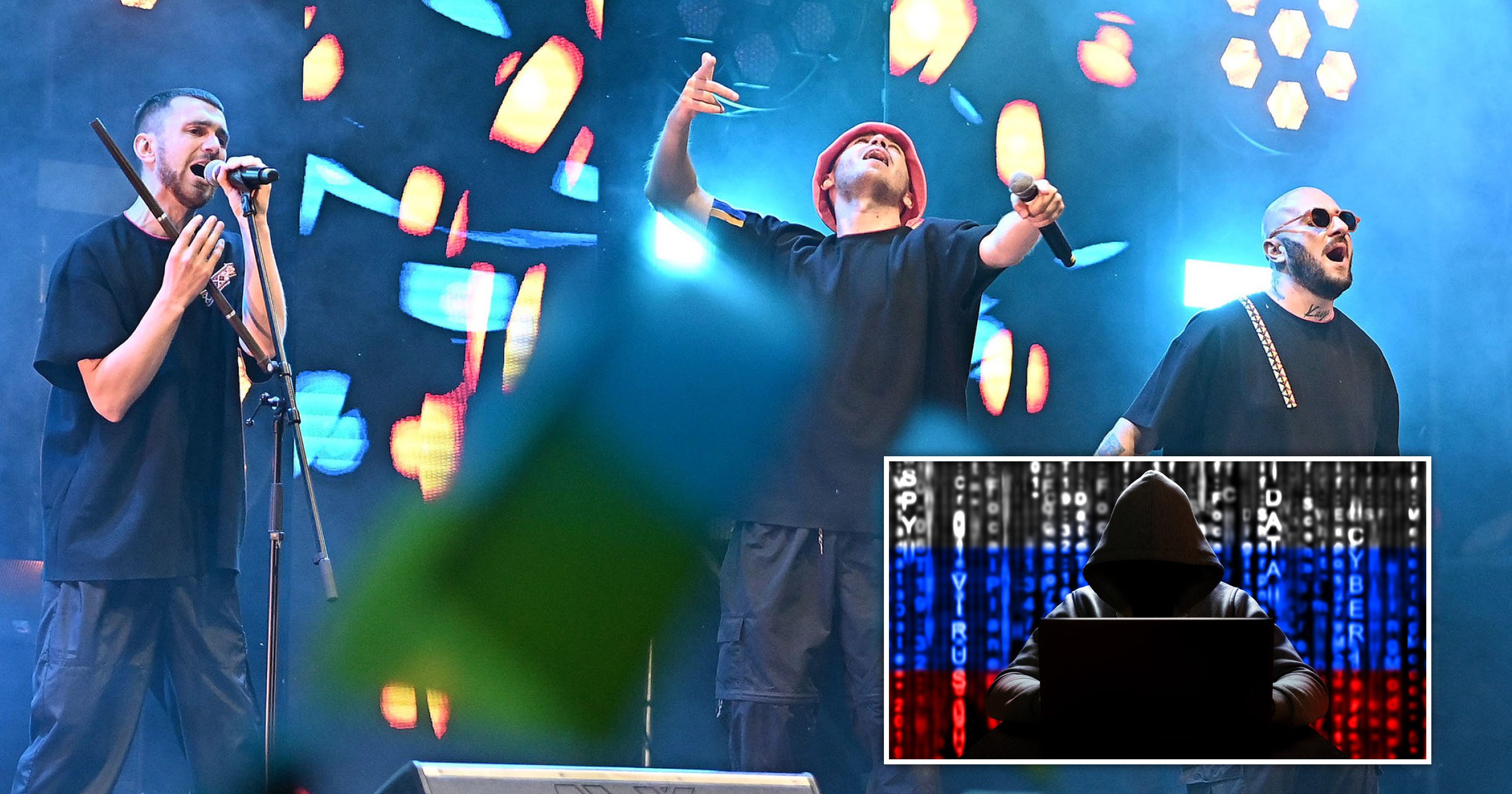 The Eurovision song contest could be targeted by Russian hackers in an attempt to stop Ukraine from taking the title.

Pro-Vladimir Putin cyber group Killnet has hinted it would disable the online voting system through a DDoS attack – which involves a website being inundated with traffic from multiple computers leading it to struggle to handle them all.

‘You can’t vote online,’ it wrote on Telegram, alongside a Eurovision logo.

‘Perhaps our DDoS attack is to blame for everything.’

Eurovision said the situation was being monitored, with a spokesperson explaining: ‘Every year the Eurovision Song Contest voting system has a wide range of security measures in place to protect the audience participation from outside influences.

‘This year is no different.’

Killnet responded insisting the voting system was not protected, but it would not pursue another attack as it was ‘not worth the time’.

Ukraine’s act, folk-rap band Kalush Orchestra, has amassed heavy support since the beginning of Russia’s invasion of the country in February which saw it qualify for the competition final.

Russia itself has been banned from this year’s Eurovision Song Contest as organisers believe its participation could ‘bring the competition into disrepute’.

Kalush thanked the audience and those who voted for it, saying the band was ‘totally focused’ on the final as it was ‘here to show that Ukrainian culture is alive’.

‘For our country it is so so important to have victories in all ways,’ band member Oleh Psuik added.

Killnet’s threat comes as the hackers attempted to attack a number of websites belonging to the Italian government on Wednesday.

Among them was the Senate and the National Health Institution – both of which were back online within the hour, with the attacks having not caused any damage.

‘These are serious incidents, which should not be underestimated,’ Senate speaker Elisabetta Casellati said.