Footage has emerged of soldiers from the self-proclaimed pro-Russian Luhansk People’s Republic complaining about the poor equipment they have been provided with on the frontline. Nexta, which monitors the conflict, tweeted the video, adding: “Mercenaries of the self-proclaimed ‘Luhansk People’s Republic’ complain about their poor equipment.” Vladimir Putin has increasingly relied on mercenary forces amid estimates that 500 Russian troops are killed or wounded every day.

In the clip, one soldier tells the camera that he was given ill-fitting shoes while another is forced to wear red trainers.

Another troop shows rotting fabric and material worn and carried by the soldiers.

It is unclear from the video whether the troops are mercenaries or not.

However, several viewers on the clip remarked the troops were simply “cannon fodder” for Vladimir Putin.

JUST IN: Russian tourists in tears as they flee Crimea after missile strike 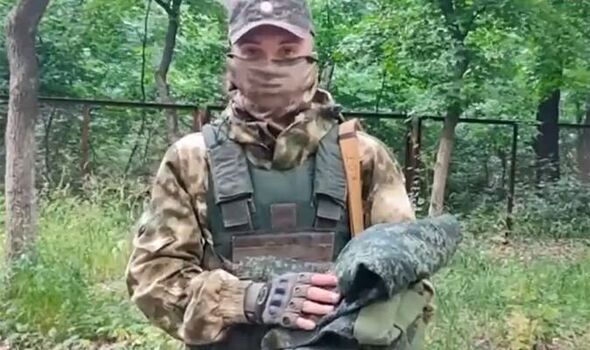 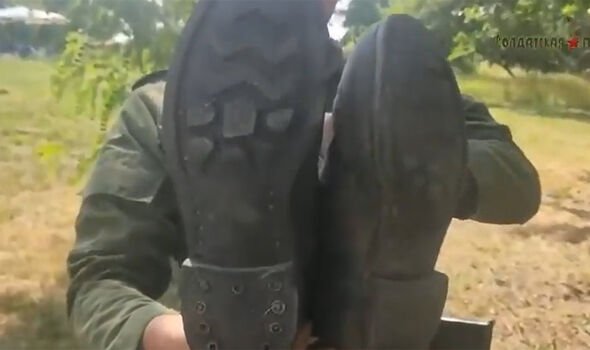 @LofwingStephan noted: “It is not the intention of the Russians to use those mercenaries for anything other than as cannon fodder.”

Earlier this summer, Russian forces captured the Luhansk region of Ukraine, in the easternmost part of the country.

However, President Putin’s aim at capturing the entire eastern region, including neighbouring Donetsk, has stalled.

American intelligence and military officials claim the arrival of new weapons from the UK and US have allowed Ukrainian troops to take back some territory.

Ukraine: Russia 'will be struggling by next year' says Brown 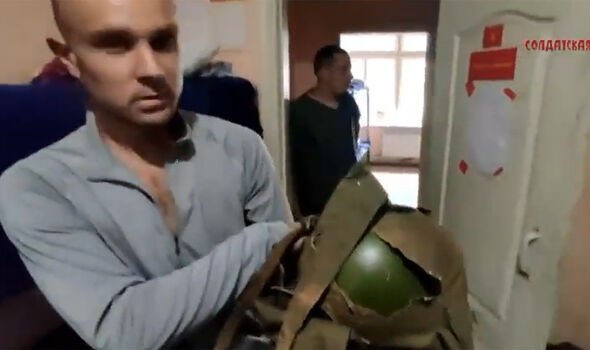 US officials claim Russia’s war effort has “decelerated to a grinding slog”.

Two American officials told the New York Times that Russia had suffered around 20,000 deaths in the war so far – including 5,000 mercenaries from the Wagner Group. 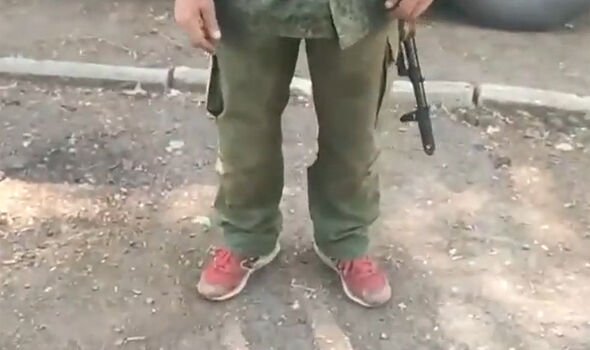 Mr Wallace said that Russia’s invasion of Ukraine had “faltered” and was “starting to fail”.

He also pledged more financial and military support to the country’s defence.

This comes as major blasts wrecked a Russian air base in Crimea on Tuesday.

Kyiv has refused to say whether its forces were responsible for the explosions.

At least five fighter-bombers and three multi-role jets were destroyed or seriously damaged in the blasts, according to the UK’s Ministry of Defence.