RUSSIAN fighter jets intercepted a US B-52 nuclear-capable bomber over the Pacific Ocean as tensions continue to rage between the nations.

Three Su-35 warplanes escorted the Stratofortress aircraft as the bomber flew close to the Russian border after being detected by radar, Putin's military officials said. 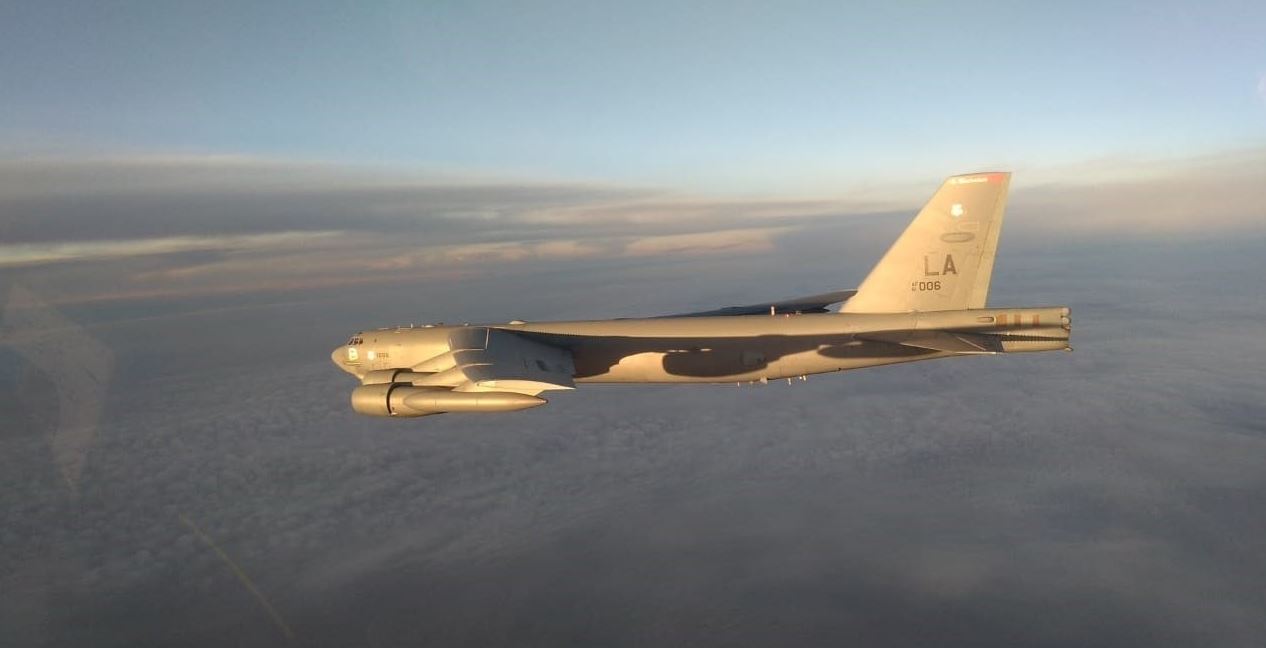 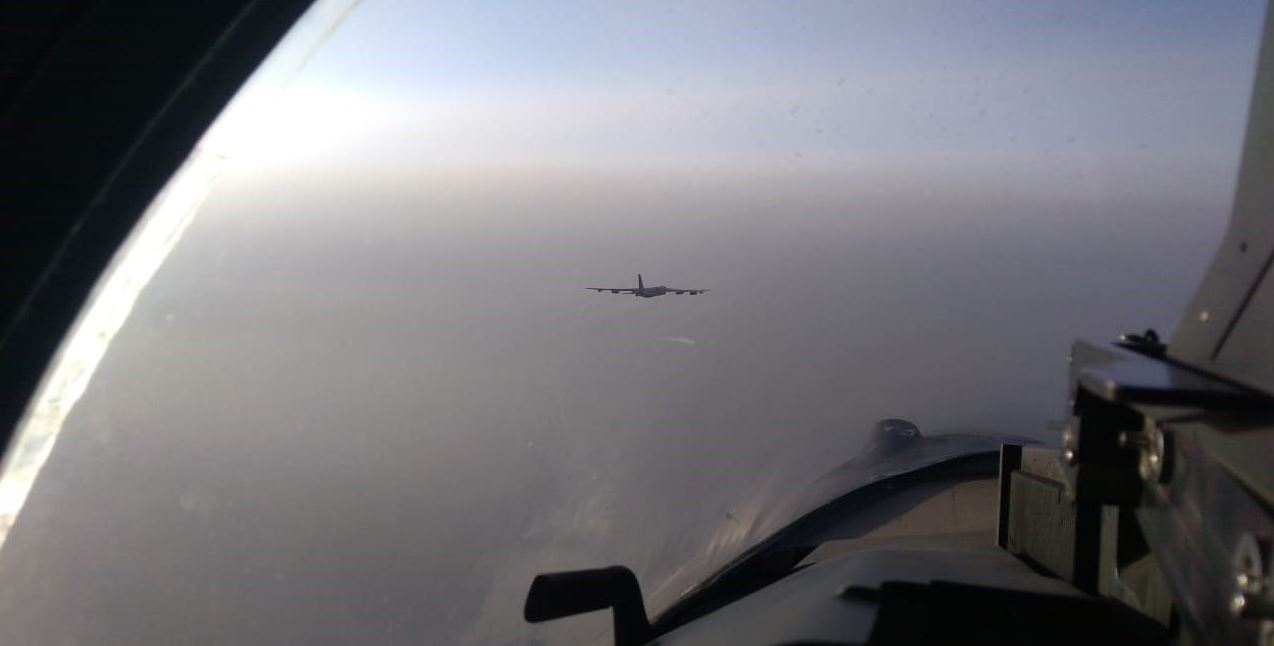 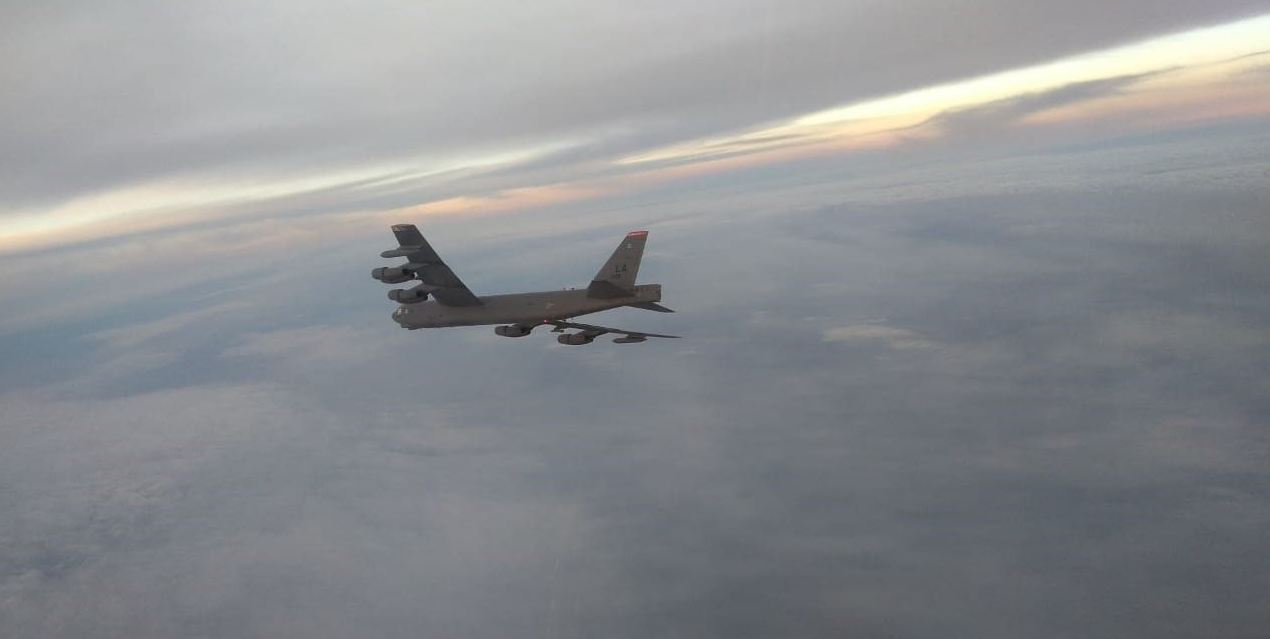 It comes as relations remain sour between Russia and the US – with Moscow and Washington locked in a power struggle and trading constantly trading barbs.

Russia has recently been hosted large scale war games which have been monitored by the US who dispatched spy planes to the region.

And the latest aerial intercept continues the two side's tit-for-tat military exercises as they each accuse the other of aggression.

"In order to classify and escort the foreign aircraft, three Su-35s fighters from the air defense forces of the eastern military district were taken into the air," officials said, reports state-run media RIA Novosti.

Military officials added that the US Air Force plane then moved away from the Russian border and the three warplanes returned to their home base.

And they insisted the Russian aircraft carried out the intercept in "strict accordance accordance with the international rules for the use of airspace".

US and Russian pilots often accuse each other of dangerous flying during these kinds of encounters – including a similar incident last year over the Black Sea.

Kremlin fighters planes came within 100 feet of a B52 last August and caused turbulence that gave the bomber trouble steering during the intercept which was warned to have risked a crash.

However, there are so far no allegations regarding this latest incident over the Pacific.

Dangerous approaches of aircraft in the air were not allowed

"Violations of the state border of the Russian Federation, as well as dangerous approaches of aircraft in the air were not allowed," Russian officials said.

Sukhoi Su-35s – dubbed by NATO with the callsign "Flanker" – make up the backbone of the Russian air force.

The jets are capable of speeds of up to 1,500mph, have a range of 2,200 miles, and are equipped with two turbofan afterburner engines.

Bristling with guns and weapons, the fighters have an autocannon along with 12 hardpoints with ordinance – capable of carrying up to 8,000kg of bombs and missiles. 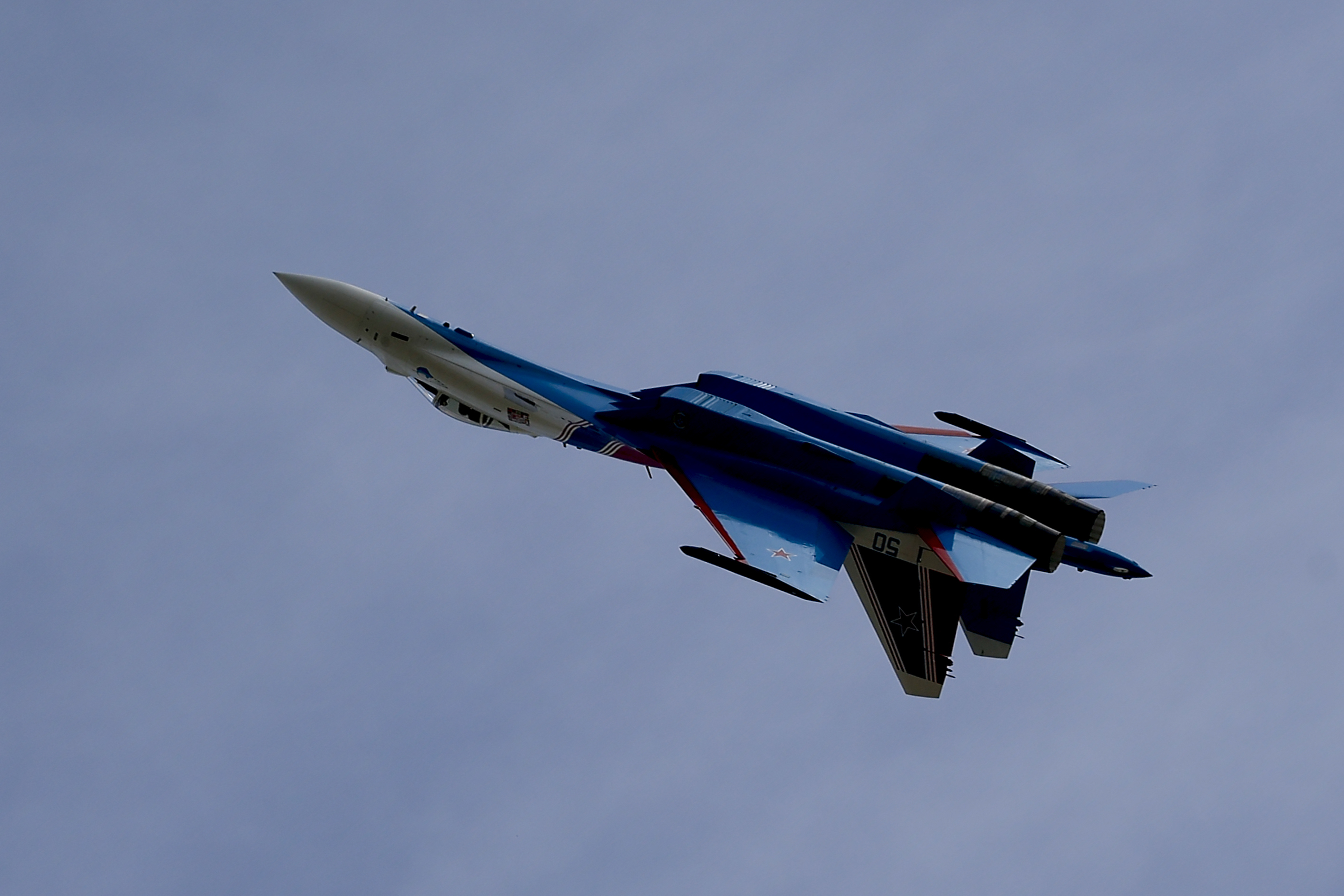 Meanwhile, the much larger B-52 Stratofortress is a Cold War-era strategic bomber which can carry up to 32,000 worth of weapons and was built to carry nukes.

With its distinctive 185ft swept back wings, the bomber is one of the largest warplanes in the world and has been in continuous service since 1952.

The aircraft can hit speeds of up to 650mph with a combat range of 8,800 miles with an on board crew of five.

B-52s are also still on the US military roster to carry nuclear weapons, such as nuclear cruise missiles or nuclear bombs.

The US is currently considering a fresh wave of sanctions on Russia as the two nations continue to be at loggerheads.

Rows over alleged election interference cyber attacks, arms control, and Russian aggression against Ukraine and other nations in Eastern Europe, have pushed relations to lows not seen since the Cold War.

Meanwhile, Putin posed today in a fresh round of "macho" pictures as rumours run riot around his health as his inner circle was blighted by Covid.