A Ryanair customer has claimed he and several other passengers boarded a flight to find their seats on the plane didn’t even exist.

Gerry Harrington and around eight other baffled passengers were left standing at the back of the plane at Stansted Airport in London on October 21 after realising their row of seats were missing.

The holidaymakers were due to fly out to Dublin and were meant to be seated in row 35 of the plane.

However, 62-year-old Mr Harrington said they quickly realised that the plane only went up to row 33. 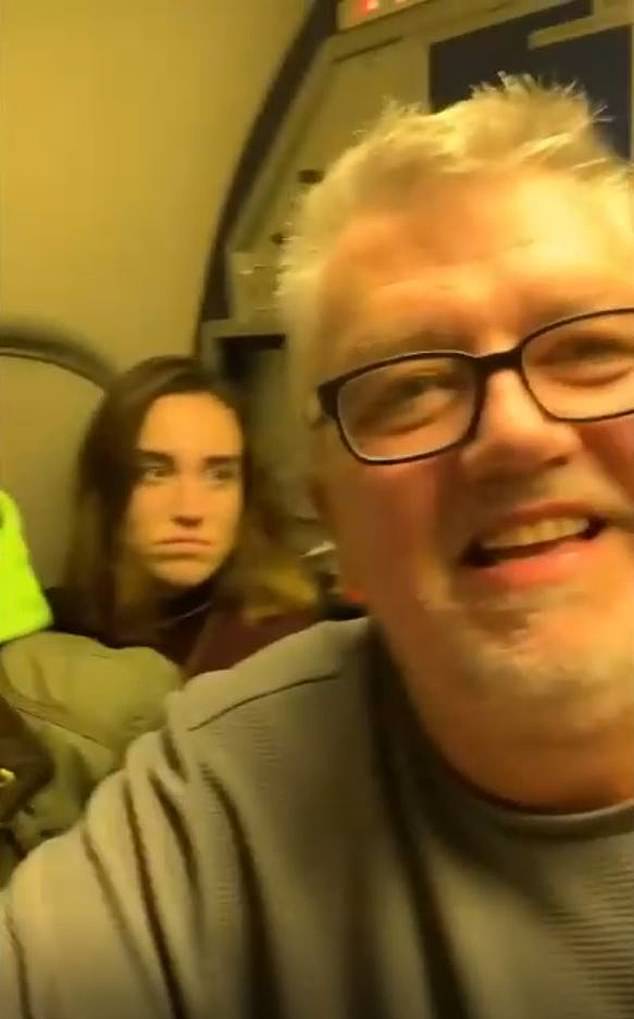 Gerry Harrington, pictured, was planning to fly from Stansted airport in Essex to Dublin to attend a Subbuteo tournament 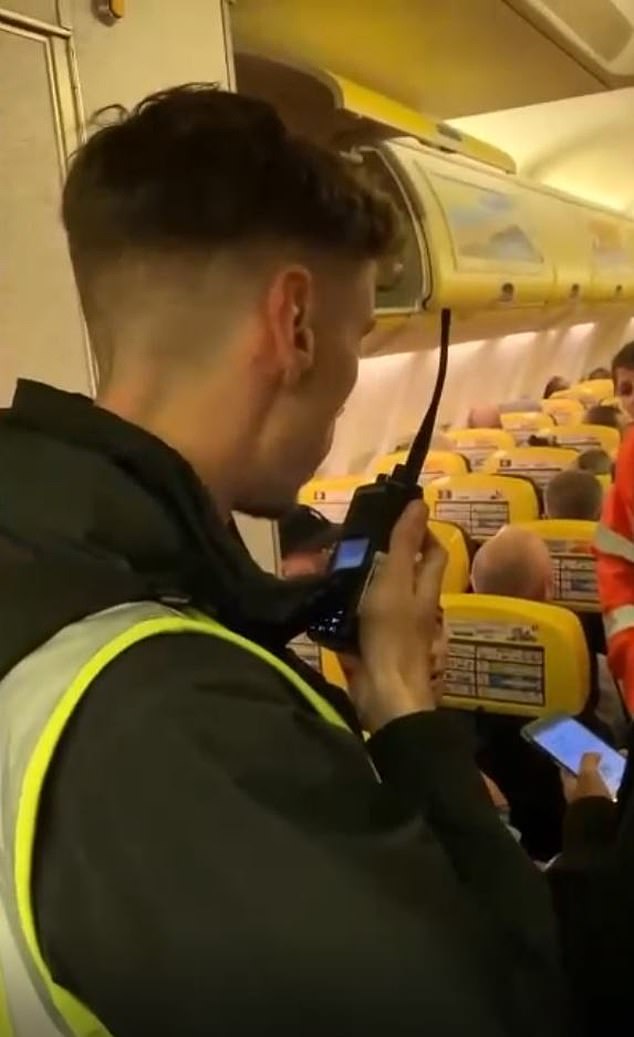 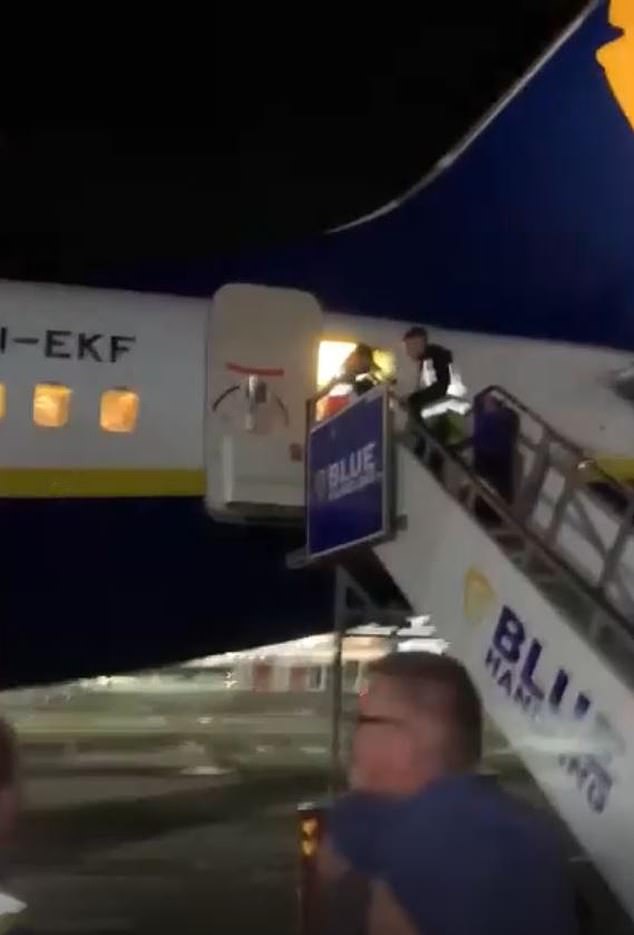 The aircraft had been due to leave Stansted at 10:05pm but was delayed until 11:34pm – meaning it didn’t arrive in Dublin until 12:28am on Sunday

Mr Harrington, from Haverhill, Suffolk, captured a video showing himself and others crammed into a space at the back of the plane as they waited to find out what was going on.

Footage shows a man in a hi-vis vest radioing for assistance to solve the issue and suggesting that passengers be put on standby.

‘We’re stuck at the back of the plane as they have overbooked, no they’ve sent a smaller plane.’

The overbooked passengers were later offered £250 each and a place to sleep for the night until the next available flight the next morning.

‘They sent a plane too small to take all the passengers.’

Dozens of people left comments on clip, while some had even found themselves in the same circumstances. 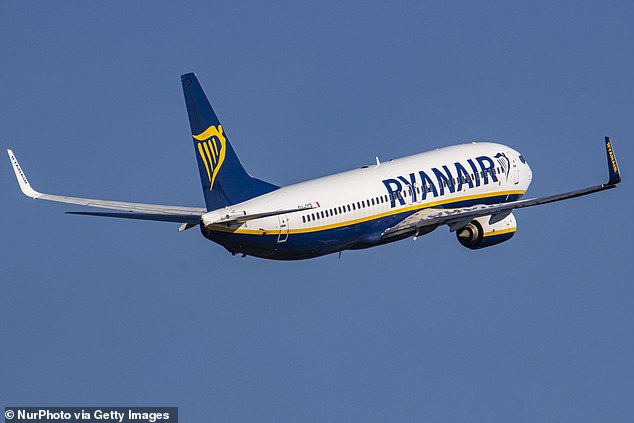 Ryanair offered those who were denied boarding £250 in cash, a room for the night and a flight to Dublin the following morning

One person said: ‘I think this is a simple case of someone cocking up.

‘I’m guessing (and it is just guessing because I have had enough info to find your date and routing) that you were scheduled to fly on a Max, that has 197 seats, but were sent an old 800, which has just 189 seats.

‘I expect some overworked chap in operations in Dublin was made aware of the original aircraft going tech and was cock-a-hoop he could rapidly get another plane and crew to cover pretty smartly.

‘Unfortunately he overlooked the nine seat difference. I doubt the gate staff even knew it should have been a Max until the last few passengers tried to board.

‘It’s a shame it wrecked your trip, and I hope you get compensated sufficiently.’

Another wrote: ‘This is typical of Ryanair. Never any communication.

‘They know full well that the replacement plane won’t have enough seats. You won’t get a peep out of them.’

A third commented: ‘Happened to me in July. Can’t believe this is still happening!’ 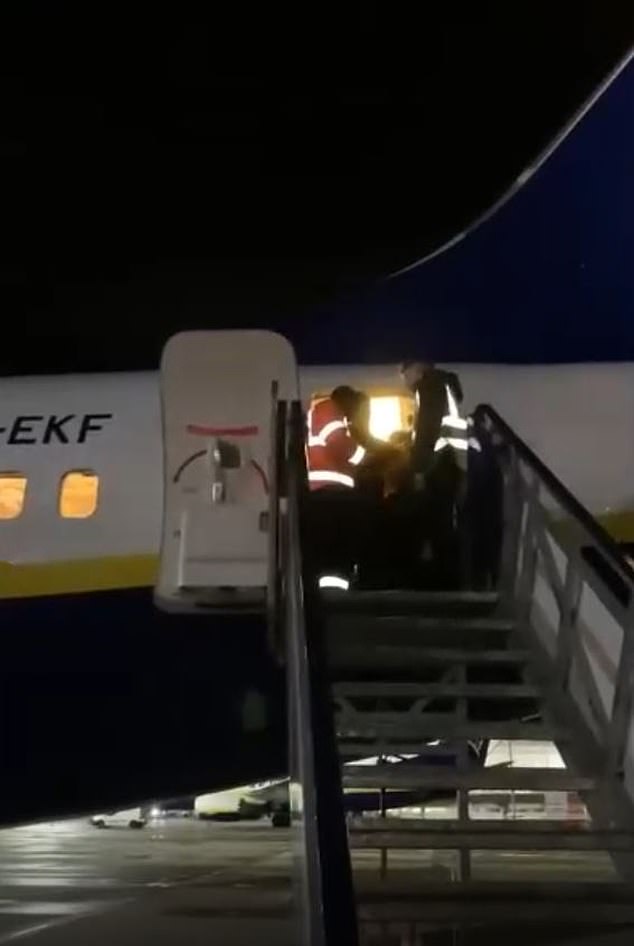 Mr Harrington said he and his friends were going to Dublin to play in a Subbuteo tournament which they would have missed. He and his friends left the jet because others on the flight were heading  home to Ireland for the weekend

Speaking today, Mr Harrington said: ‘We were heading to Dublin to play in a Subbuteo tournament but when we got on the plane, we were looking for our row which wasn’t there.

‘It happened to a few people and suddenly we were all standing at the back of the plane with no seats and everyone wondering what might happen.

‘Everyone was showing their boarding passes and it was clear there had been a mistake somewhere.

‘We were told by Ryanair that if we got off we could have £250 each and that they would put us up that evening and get us a flight in the morning but we would’ve missed the tournament.

‘People on that plane were needing to get home and we weren’t so we did get off of the plane.’

A Ryanair spokesperson said: ‘Due to an aircraft change, a very small number of passengers on this flight from London Stansted to Dublin (21 Oct) were moved to alternative flights the following day.

‘Affected passengers were provided with overnight accommodation and will receive compensation.

‘Ryanair sincerely apologises to these passengers for any inconvenience caused.’