THE Salisbury train crash has sparked four days of chaos for commuters, with hundreds of services cancelled today alone.

Services through the major station will be affected until at least the end of the day on Thursday, National Rail warns. 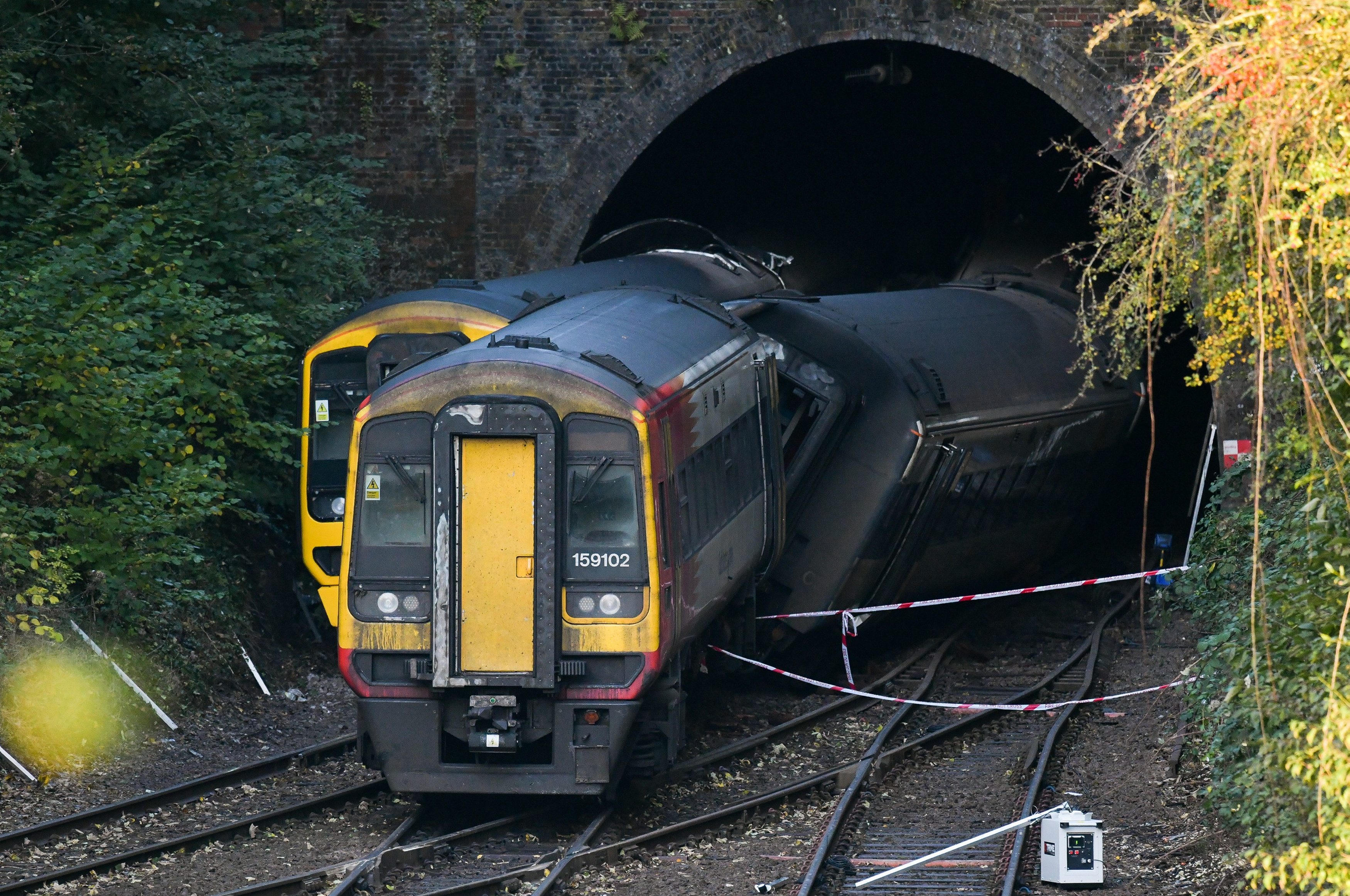 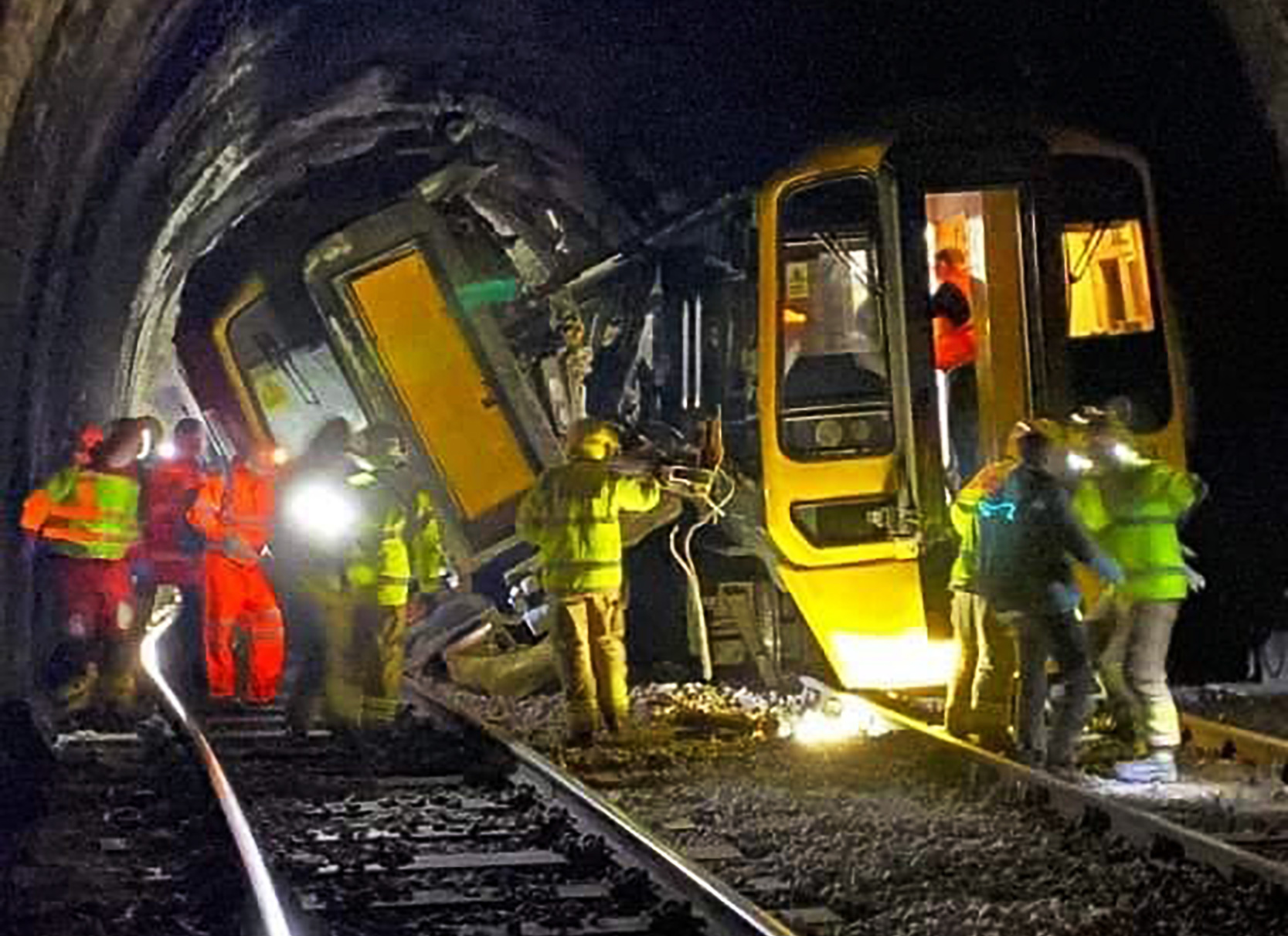 A newborn baby was rescued from a carriage last night after one train derailed seven minutes before it was hit by another service.

More than 100 people were evacuated by firefighters following the terrifying incident in the Fisherton Tunnel, while 17 casualties have been hospitalised.

And today, passengers using services through the station have been advised not to travel if possible.

The company has cancelled 110 services today alone, beginning with the 5.10am Exeter St Davids to London Waterloo service, and ending with the 11.40pm Waterloo to Salisbury service.

Tens of thousands of people will be affected by the problems.

National Rail said today: "Most of the lines through Salisbury are currently blocked, and will remain closed until at least the end of the day on Thursday, November 4.

"Customers are advised not to travel on this part of the network."

A two-hourly South Western train service will operate between Exeter St Davids and Gillingham – but parts of the journey may be made be replacement transport, and it'll take longer than usual.

Those hoping to travel between Salisbury and Romsey on a Great Western service will have to take a replacement bus.

Specialist teams are at the site, they said, adding: "We urge customers not to travel on this part of the network."

An investigation is under way following the smash last night.

A Great Western service between Portsmouth Harbour and Temple Meads struck a mystery object at around 6.45pm, causing the rear carriage to derail.

Seven minutes later, the 5.20pm South West Rail train between London Waterloo and Honiton in Devon sped through the tunnel and hit the stricken train. Locals living more than a mile away heard the collision.

Meanwhile, travellers trying to leave London Euston last night were forced to sleep on the floor after unrelated delays.

A fallen tree which damaged overhead wires between Northampton and Rugby was blamed for the issues.

All passengers were "locked inside" the station during the evening, while those who had travelled there were turned away.

The mayhem meant huge delays for people heading to the first day of COP26 in Glasgow, while some heading to watch Aston Villa take on West Ham at Villa Park missed the game. 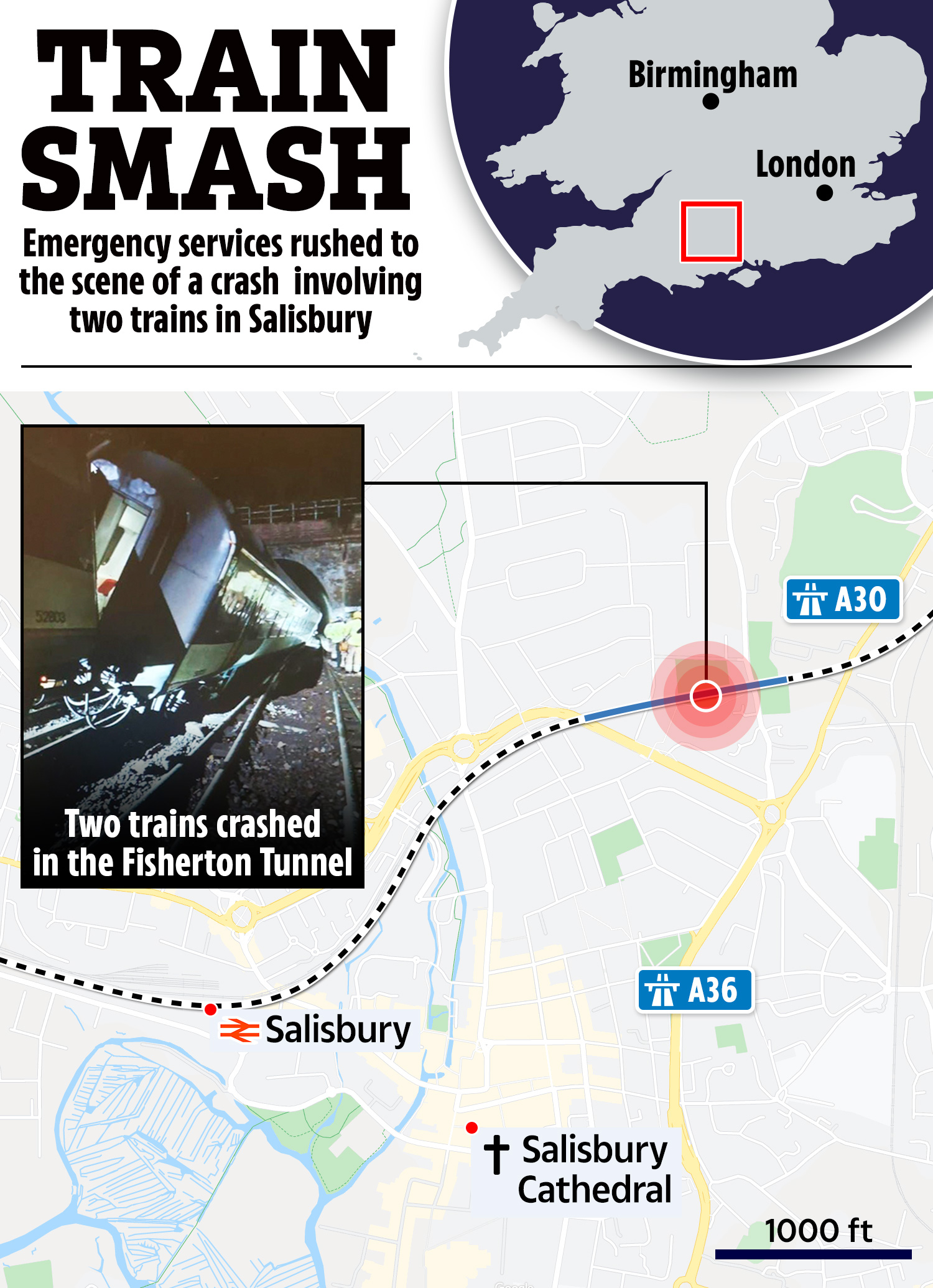 crash, R., Salisbury, sparks, train
You may also like: