Saudi crown prince MBS told Biden the US made 'mistakes' too

Saudi Crown Prince Mohammed bin Salman pointed to American abuse in the Abu Ghraib prison in Iraq and the war in Afghanistan as he told President Joe Biden Friday that the U.S. made ‘mistakes’ too.

Reuters reported Saturday on what MBS – as the crown prince is called – responded to the president when pressed about the murder of Washington Post journalist Jamal Khashoggi at the top of their first in-person meeting Friday evening in Jeddah, Saudi Arabia.

A U.S. intelligence report held MBS responsible for the 2018 killing of Khashoggi, a Saudi-born critic of the kingdom, who lived in the United States.

‘The United States also made a number of mistakes like the incident of Abu Ghraib prison in Iraq and others,’ the crown prince told Biden, a Saudi official told Reuters.

In the early part of the Iraq War, detainees at the Abu Ghraib prison were tortured by U.S. forces, with 11 Americans convicted of crimes related to the scandal.

While MBS reportedly spoke to Biden about shared values – he also said pushing those values on other countries could backfire.

‘However trying to impose those values by force could have the opposite effect as it happened in Iraq and Afghanistan where the U.S. was unsuccessful,’ the statement from the Saudi official to Reuters said. 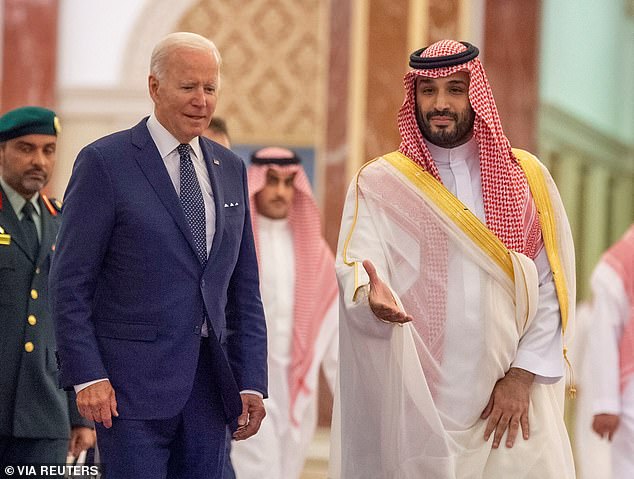 Saudi Crown Prince Mohammed bin Salman (right) pointed to American abuse in the Abu Ghraib prison in Iraq and the war in Afghanistan as he told President Joe Biden (left) Friday that the U.S. made ‘mistakes’ too 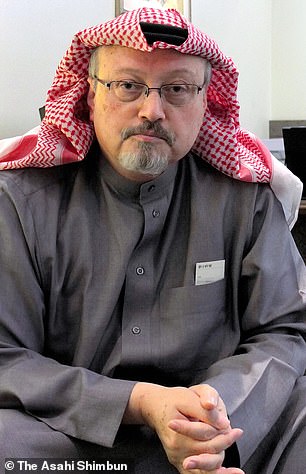 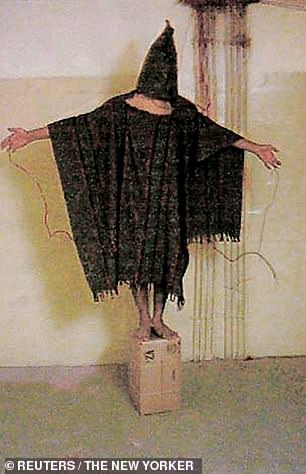 When President Joe Biden brought up the murder of Jamal Khashoggi (left), which U.S. intelligence said MBS ordered, the crown prince pointed to the Abu Ghraib (right) prison scandal from the early days of the Iraq War

Biden oversaw a messy U.S. withdrawal from Afghanistan, after a 20-year military involvement there following the September 11, 2001 terror attacks.

The Taliban quickly retook control of the country as the U.S. was leaving.

Biden told reporters after his meeting with the Saudis that he brought up Khashoggi’s killing first thing.

‘In respect to the murder of Khashoggi, I raised it at the top of the meeting, making it clear what I thought of it at the time, and what I think of it now,’ Biden said. ‘I was straightforward and direct … I made my view crystal clear.’

‘What happened to Khashoggi was outrageous,’ Biden later offered.

Biden told reporters that MBS ‘basically said he was not personally responsible’ for the gruesome killing that took place in the Saudi consulate in Istanbul.

‘I indicated I thought he was,’ Biden continued. ‘He said he was not personally responsible for it and he took action against those who were responsible.’

Biden didn’t mention that MBS brought up the Iraq and Afghanistan wars, as a Saudi official claimed.

In 2020, a Saudi court jailed eight people for between seven and 20 years for Khashoggi’s murder.

Their names were never released publicly.

The Al-Arabiya channel quoted a Saudi official who said Biden and MBS ‘addressed the issue of Jamal Khashoggi quickly’ and the crown prince ‘confirmed that what happened is regrettable and we have taken all legal measures to prevent’ it from happening again.

During Biden’s remarks to MBS and other Arab leaders Saturday, the president concededthe U.S. hasn’t had a perfect track record.

‘No country gets it right all the time – even most of the time – including the United States,’ Biden said.

But he also pressed that dissenters – like Khashoggi – shouldn’t be punished.

‘I’ve gotten plenty of criticism over the years,’ he said. ‘It’s not fun.’

‘But the ability to speak openly and exchange ideas freely is what unlocks innovation,’ Biden added.