South Carolina authorities continue to hunt for an armed suspect who shot at deputies during a car chase Monday evening.

Tyler Donnet Terry, 27, has been charged with multiple counts of attempted murder and is considered armed and extremely dangerous, officials said. The Chester County Sheriff’s Office obtained additional warrants for murder from the York City Police Department on Wednesday.

Deputies attempted to pull over a “suspicious vehicle” at approximately 11 p.m. Monday evening on Highway 9 in Richburg. When the driver refused to stop, the deputies gave chase. 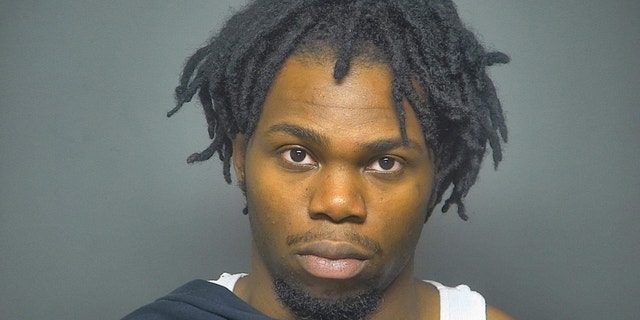 The manhunt is ongoing as of Thursday morning. Sheriffs from York, Chester and Lancaster counties have worked alongside South Carolina Highway Patrol and South Carolina Law Enforcement Division (SLED).

In total, the Chester City Police Department has obtained five warrants for attempted murder, all stemming from a May 2 shooting in Chester.

The sheriffs continue to investigate “numerous” other serious criminal activity tied to Terry, according to a statement posted to the sheriff’s office Twitter account.

Terry is described as a Black male, 5-foot-7, with black clothes and no shoes. Residents were asked to lock their doors and report any suspicious activity.

Terry has been sighted throughout the state, seemingly heading toward North Carolina.

Officers have offered $1,000 for any information leading to Terry’s arrest, asking residents to contact Midlands Crimestoppers by phone or online.

'arme, Authorities, for, sc, search
You may also like: