A SCHOOL employee allegedly bragged to a friend after a dean dragged a six-year-old student down a hallway, as a security camera caught the boy being pulled by the wrist.

Parents of the pupil shared the horrific footage of their son being pulled by the wrist, dragged up a staircase, and down a hallway by a dean at Eustis Heights Elementary School in Eustis, Florida. 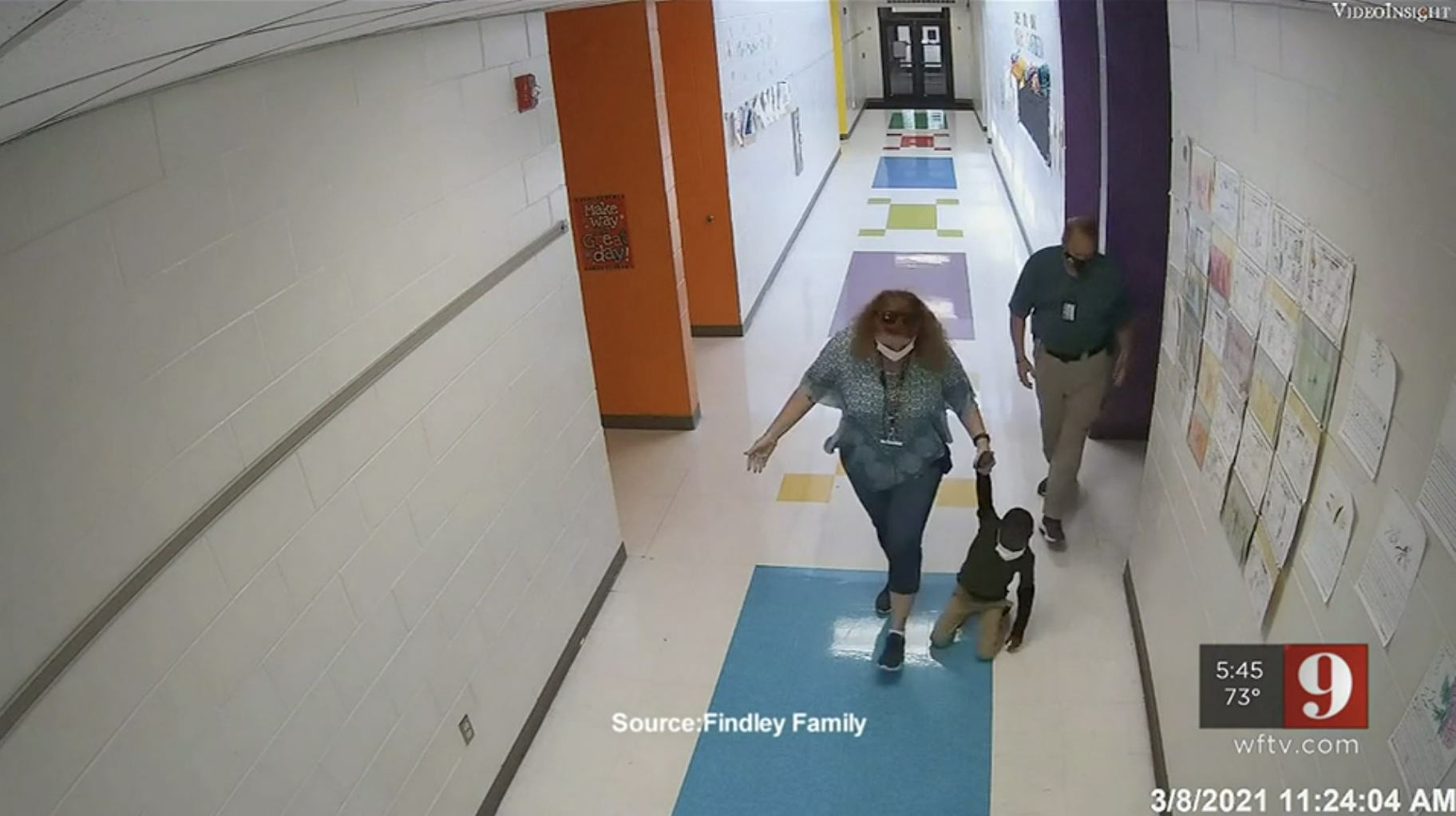 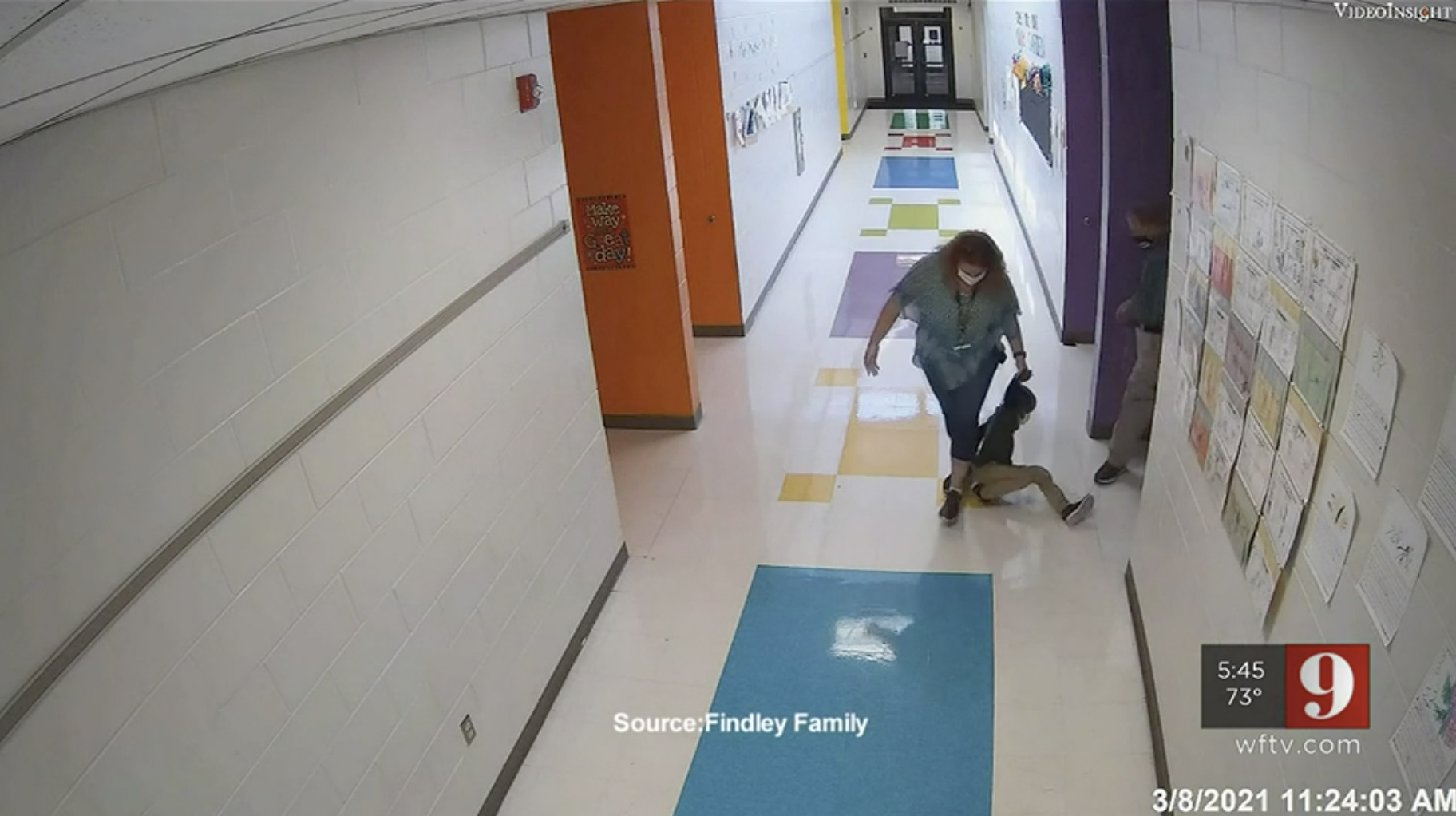 The school guardian is then seen grabbing the student by his belt loops and carrying him.

The boy’s mom has claimed that while he was in the dean’s office he was slammed into a chair and his neck was squeezed, according to a report by WFTV.

The guardian, who has not been identified, is also said to have bragged about the incident with a guardian at another school in a text message. 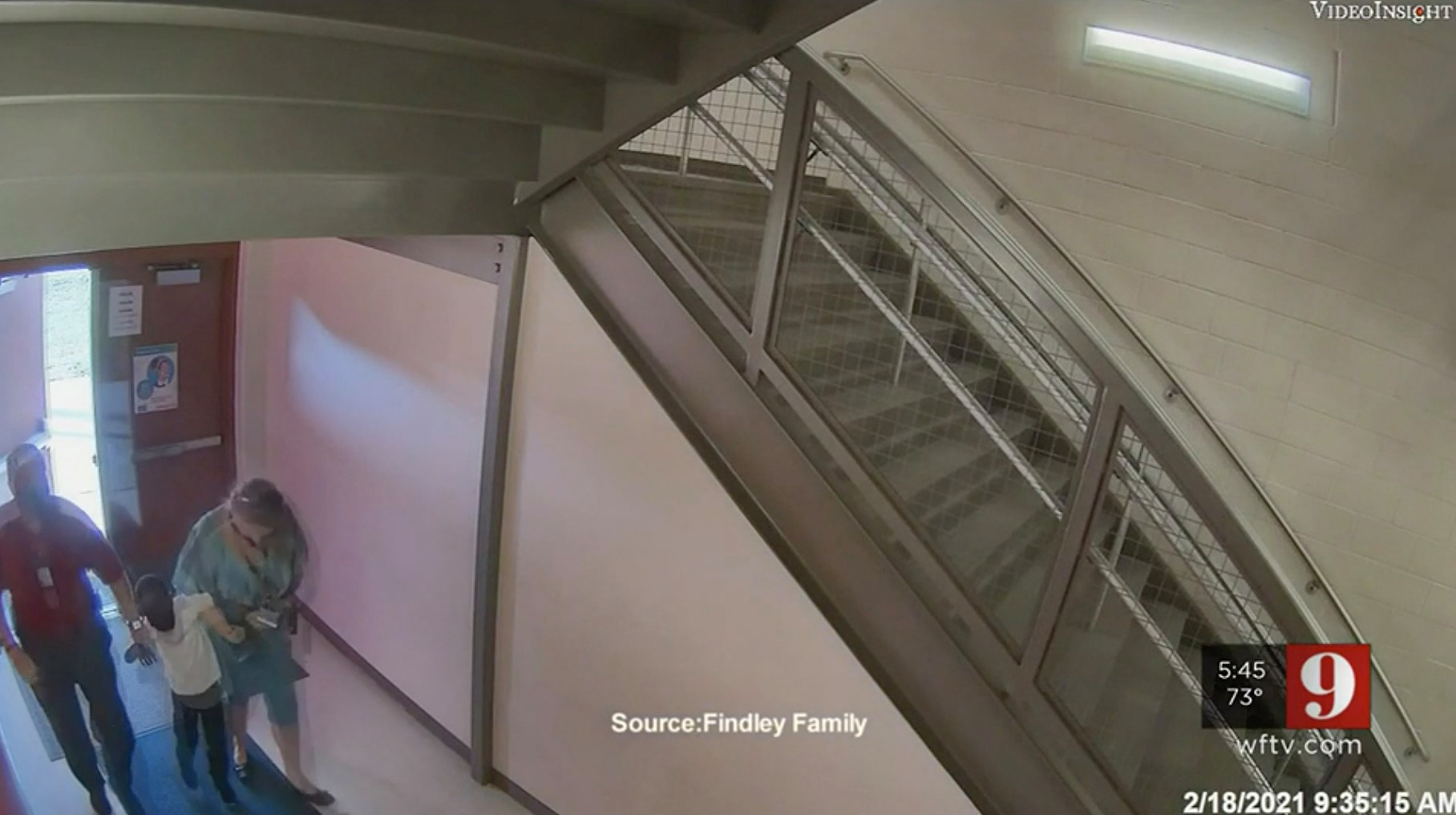 It was a message he had received from a fellow EHES school guardian, and was sent to another guardian who doesn’t work at the school.

The guardian wrote that he performed a “superman carry and it put a really good wedgy” on the child.

Dad Kevin Findley told WFTV: “It breaks my heart because as a dad I want to protect him and to know that I couldn’t, that hurts.”

The family had been warned about the child’s behavior in the past. 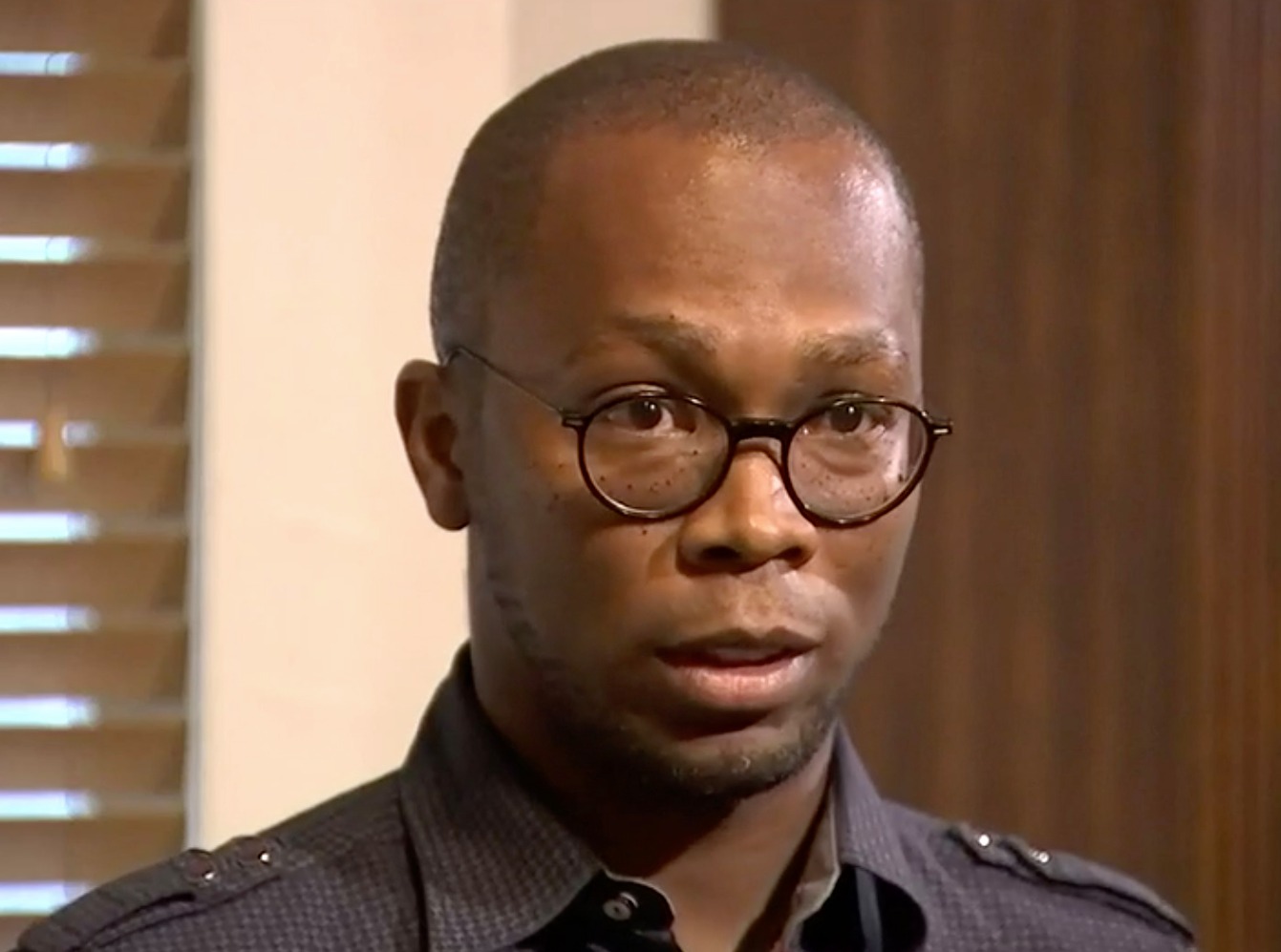 “On one day he was throwing rocks and (his teacher) had to call administrators to get him under control,” child services investigators told police, according to a Fox 23 report.

The parents denied the child acted like this at home.

Eustis police ruled there was no probable cause after detectives investigated and closed the case after consulting with the state attorney’s office which determined there was no criminal intent.

“I don’t know why when clearly there’s video of my son being dragged like a little rag doll,” mom Marian Findley said. 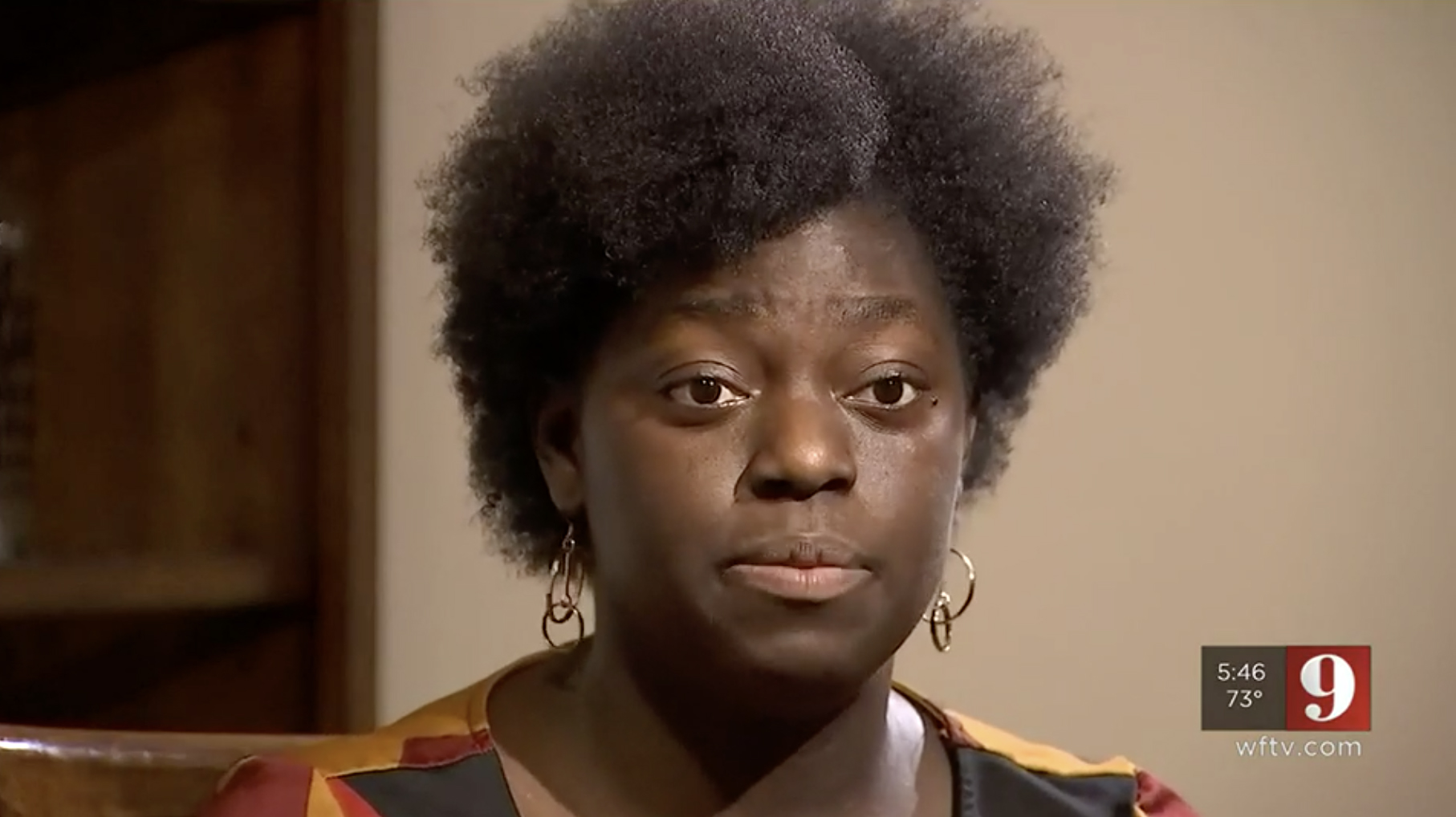 The Department of Children and Family has launched an investigation but said that while the child was probably not handled correctly they do not believe there was intent to harm him, the report said.

The two employees have resigned in lieu of termination.

A spokesperson for the district said: “We take student safety very seriously.

"When the principal was made aware of the allegations she looked into the situation and notified parents the next day, called DCF as we required to do, and notified our Employee Relations Department.

“Both employees resigned in lieu of termination.

“Employee Relations reported both individuals to the Florida Department of Education.

“An additional allegation was made against a separate employee.

“An investigation into that employee’s alleged involvement is ongoing.” 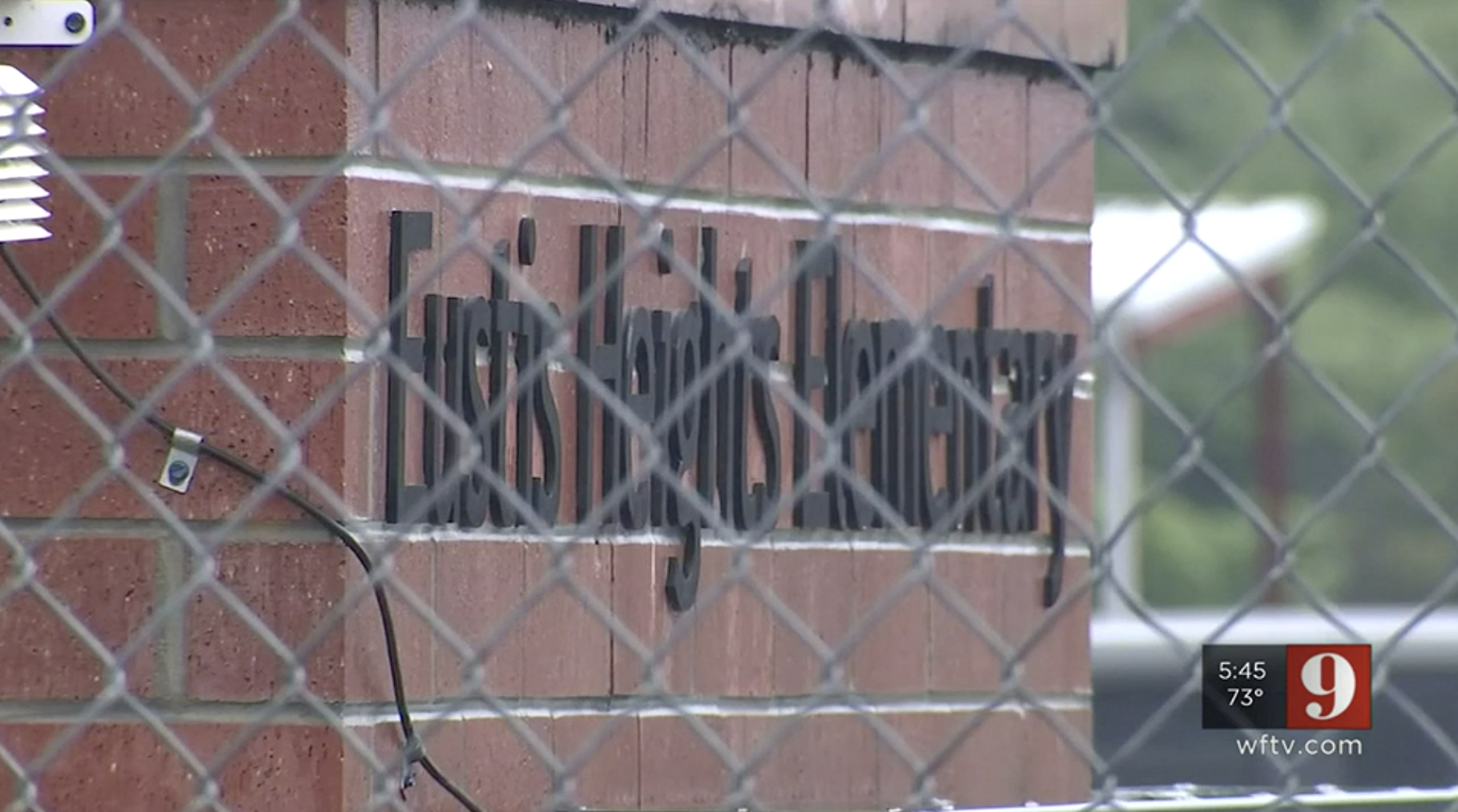