Scientists challenge 'alarm bells' in IPCC climate change report: 'Not the end of the world'

In the first release of a three-part report, the Intergovernmental Panel on Climate Change (IPCC) warned this week of the consequences of a rapidly warming world spurred largely by human-influenced climate change.

“The alarm bells are deafening, and the evidence is irrefutable: greenhouse‑gas emissions from fossil-fuel burning and deforestation are choking our planet and putting billions of people at immediate risk,” United Nations General Secretary Antonio Guterres said. “Global heating is affecting every region on Earth, with many of the changes becoming irreversible.”

But, not everyone agrees with Guterres and the panel’s nearly 4,000-page Sixth Assessment Report.

“The IPCC is an excellent source for climate science, but we tend to focus very selectively on the worst news, often overstating the effects of climate change on extreme weather events. Often adaptation is ignored, although it can alleviate much or sometimes almost all of climate damages,” Bjorn Lomborg, president of the Copenhagen Consensus and visiting fellow at Stanford University’s Hoover institution, said in an emailed statement to Fox News on Wednesday.

“Although climate change in total has negative impacts, we rarely hear about the positive impacts, such as a profound global greening of the planet, equivalent to two more continents of green, each the size of Australia.”

Lomborg wrote in a New York Post article on Monday urging readings not to buy alarmism and “scare stories on climate impacts,” and that the U.N. has “a long history of claiming catastrophe is right around the corner,” writing about problems related to “one-sided” and negative thinking on climate change. Lomborg said that while climate change is a “real problem that we should fix smartly,” it won’t be as catastrophic as some present it to be and that humans’ adaptive capacities are not properly being taken into account.

The IPCC report is compiled by more than 200 of the world’s leading climate scientists from 66 countries, including research from thousands of papers. The last one was released in 2013.

It says global temperatures have reached their highest level in more than 100,000 years, rising by 1.1 degrees Celsius since the 19th century, with almost all warming since pre-industrial times caused by the release of heat-trapping gases like carbon dioxide and methane.

As temperatures rise, the scientists note that ice melt and sea level rise have been accelerating, with extreme weather events like rainfall and drought also expected to worsen and become more frequent as further warming is “locked in.”

“This new report, number one, there’s nothing new in it. There’s no new science, the alarm is just, you know, it’s more ‘code red’ than it was five, six years ago – the last time they came out with one of these things,” the IPCC was “backing off their most extreme projections because none of that – obviously – is going to happen.”

Speaking with Fox News the same day, Competitive Enterprise Institute Center for Energy and Environment senior fellow and ICPP reviewer Patrick J. Michaels said he believes the report and its conclusions were “mired in the atmosphere of unreality.”

“The U.N. has been pushing the climate story since 1988 – that’s a long time ago – when it established the Intergovernmental Panel on Climate Change. And, that panel was established specifically to provide what they call the basis for a possible treaty on climate. Any committee that is assigned such a specific assignment will do exactly as it was told. And, therefore, the composition of the [IPCC] – the authors – are selectively chosen because they know the results they are going to get,” he said.

“The real reason this report is so extreme is that the previous reports have not elicited the actions that its proponents wanted,” Michaels noted. “And, in fact, people are becoming increasingly tired of stories about the end of the world.”

Michaels, a past president of the American Association of State Climatologists and program chair for the Committee on Applied Climatology of the American Meteorological Society, took issue with the report’s Coupled Model Intercomparison Project (CMIP6) modeling.

Michaels, who says he is not a climate change skeptic, said if the report had used best practice models instead the issue would have “fallen apart.”

David Legates, a professor of climatology at the University of Delaware and a policy expert at the Heartland Institute, took issue with what he says is the political nature of the report.

“So, it’s a panel of government officials who have been selected by the various governments. And, of course, they all have axes to grind,” the former Trump-era National Oceanic and Atmospheric Administration (NOAA) senior official said.

“So, [there are] certain things they want to say. [There are] certain things they want to guarantee. Many of these nations want to make sure that carbon dioxide is an evil gas because ‘if we can tax it we can make sure that we can get our cut of the money that they’re taking away from other people.’ And so, they have a vested interest in not the science – whatever that may be – but in stating that carbon dioxide is sort of an evil gas and therefore has to be regulated and has to be controlled.”

For those looking to find a glimmer of hope in the new IPCC report, researchers found that majorly catastrophic disasters or “tipping points” were of “low likelihood,” including ice sheet collapses and the abrupt slowdown of ocean currents.

The report suggested that warming could be reversed through “negative emissions” – extracting more carbon dioxide from the atmosphere than is added – though the term “fossil fuels” is not included in the summary or a Monday press release.

Man-made CO2 removal “leading to net negative emissions” would lower CO2 in the atmosphere, a 42-page summary of the report for policymakers said. And even if this were achieved and sustained, increases in temperature would be reversed but other climate changes would continue in the “current direction for decades to millennia.”

However, the panel doesn’t explain how this could be achieved and many scientists remain skeptical of its plausibility. 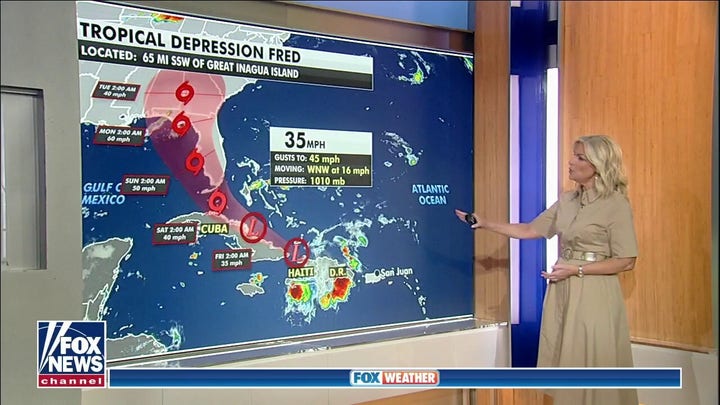 Michael Shellenberger, the author of “Apocalypse Never” and founder and president of Environmental Progress, told Fox News that most of the important trends regarding climate change are currently headed in the right direction.”

“Climate change is real. It’s caused by human emissions – at least a significant amount of it is. And, we should try to do something about it because – all else being equal – it’s better for temperatures to not change. But, of course, not all else is equal,” he said.

“Climate change is being caused by human emissions, which are caused by humans trying to improve lives for themselves and their children. Not just through fossil fuel use but also through land-use change,” he continued. “And so, you’re always looking to balance the benefits of energy consumption with the downsides. But, the trends are mostly going in the right direction.”

Shellenberger said the IPCC report’s “scary” scenarios were inaccurate because there is “no possibility” that they could occur due to the usage of natural gas over coal across the world.

The environmental journalist said that while the IPCC science is “mostly fine,” he highlighted that there are “some games that get played” in the panel’s reports, including “a bunch of scenarios that basically everybody acknowledges [are] not going to happen because we’re not going to increase coal use sixfold.”

The report’s claim that the world is seeing more extreme weather is misleading, Shellenberger says, because it leads people to think that disasters are getting worse.

Droughts can be worsened by warmer temperatures but are explained by natural variability and high-intensity fires can be avoided by better forest management, he argued – though allowing that climate scientists can point to longer fire seasons over larger geographic areas.

Nevertheless, he said human beings are more resilient to extreme weather events and carbon emissions would go down globally over the coming decade.

“The takeaway is that climate change is not what people think it is. It is significantly outweighed by things like droughts, which are still determined by natural variables and by economic development and preparedness, and we’re just so much better prepared,” he told Fox News.

“We’re more resilient to changing temperatures than we’ve ever been and it’s just not the end of the world.”