THERE is a “critical need” to find out more information on the new Indian Covid variant, scientists say.

It comes after cases caused by the strain have doubled in the UK in one week. 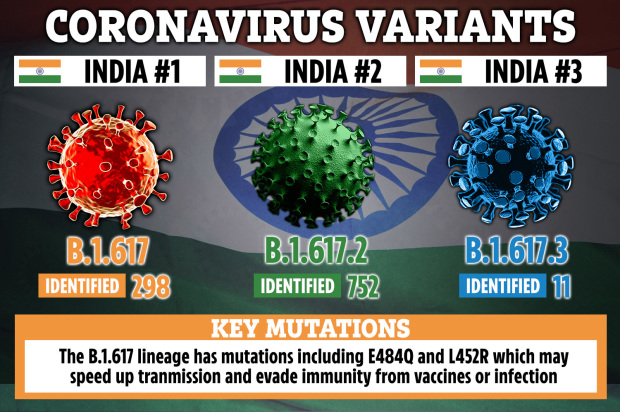 But due to its rapid growth in cases, already confirmed in 509 cases with a further couple hundred under investigation, scientists are racing to understand more about it.

There are features of the variant that scientists do not yet understand, but they are hopeful jabs will still protect against severe disease caused by it.

In simple terms, a "variant" is a type of the coronavirus.

Each one has evolved "mutations" which are like features that may help it to evade vaccines, spread quicker or cause more severe disease.

While some mutations have been studied closely, the meaning of others are unclear.

Prof Ravi Gupta, a professor of clinical microbiology at the University of Cambridge, said B.1.617 has a mutation called T478K.

He told journalists during a virtual briefing today: “We don't know anything about this mutation at the moment, we are running experiments at the moment.

“But we need to keep an open mind as to what this mutation may do in terms of changing the susceptibility of neutralising antibodies.

“There is that bit of data we critically need to get and there are labs around the world working on this now.” 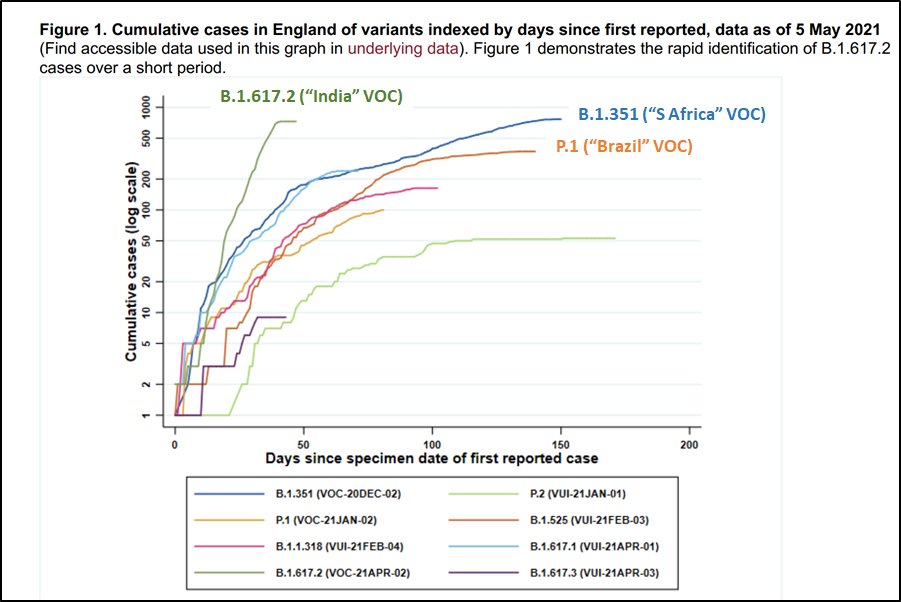 If the mutation helps the variant to escape antibodies – proteins in the blood that fight infection – it could spell trouble for the vaccine programme.

Prof Sharon Peacock, director of COG-UK which tracks variants, said antibodies have already been shown to be weaker against the L452R mutation, found in the new Indian variant as well as that from California.

But she said:  “There is not enough evidence to comment on vaccine efficacy against B.1.617.2.”

The good news is that B.1.617.2 does not have some mutations that have already been shown in research to dodge antibodies.

It does not have a mutation at the position of 484 like the other two Indian variants (E484Q) and those from South Africa or Brazil (E484K).

Prof Peacock said this was “reassuring” in terms of vaccine efficacy against B.1.617.2.

But B.1.617.2, shows evidence of being able to spread faster than the original coronavirus strain from Wuhan, China.

Public health officials say it appears to spread as fast as the Kent strain, which threw England into a third national lockdown in January.

Prof Peacock said there is “no reason” for her to think the variant causes people to be more sick or die at higher rates.

However she said: “At the moment based on UK evidence there isn't any evidence this causes more severe disease.

“What I would say is a lack of evidence is not the same as no evidence; there is just not enough."

But Prof Peacock said the UK is in a “very good position” against emerging coronavirus variants.

“As scientists we just have to keep our eye on this so that we just maintain that trajectory.”

Other scientists warned today the UK needs to remain vigilant even though data look positive and the Covid alert level was dropped from four to three.

Paul Hunter, professor in medicine at the University of East Anglia, said: "The current following 7 day rolling average is still higher than it was during the first week in September.

"The recent rapid increase in reports of the Indian variant is another very good reason why we can’t drop the risk level even further.”

Prof Lawrence Young, a virologist and professor of molecular oncology, University of Warwick, agreed that "we need to keep an eye on the Indian variant which has started to spread".

"While everything is heading in the right direction – low numbers of infections and high levels of vaccination – it’s important that we remain cautious for a little while longer even after the further easing of lockdown restrictions next week."