A religion teacher at Melbourne’s prestigious Scotch College has been seriously injured after being caught up in a muck-up incident at the school.

A spokesman for the Hawthorn boys school told The Age “a member of staff and a student collided in the schoolyard” on Friday, but declined to provide a detailed explanation of the incident. 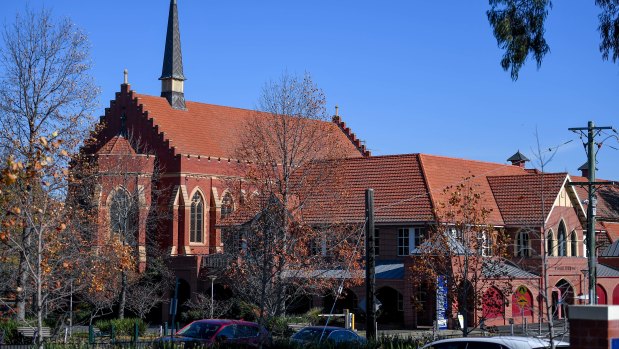 “It is being investigated and support is being provided to the individuals involved,” he said. “The safety and wellbeing of all members of our school community is of paramount importance.”

Independent Education Union Victorian secretary Deb James admitted some details were still unclear, but claimed the teacher was injured after he moved to stop a group of masked year 12s in hazmat suits chasing younger students.

“It seems that a teacher who took reasonable steps to protect younger students from a large group of masked senior students has as a result been hospitalised with very serious head injuries, including broken bones in his face,” James said in a statement.

Year 12 students were sent home from the school on Monday due to bad behaviour. It is unclear if this action was linked to Friday’s incident.

The Age has heard several differing reports of precisely how the teacher was injured and has been unable to verify the precise sequence of events that occurred during the traditional year 12 muck-up day celebrations that mark the completion of secondary school.

But the union says the incident has left staff “deeply concerned about safety in their workplace”.

“They are awaiting a communication from their employer about what steps will be taken to identify the culprits of this assault, protect the safety of staff and students and ensure that nothing like this ever happens again,” James said.

“This must be dealt with urgently and seriously by Scotch College. Nobody should be injured at work, least of all as a result of a deliberate act of violence.”

The 171-year-old school sacked just its 10th principal in its history late last year after the emergence of a misconduct complaint from his time at Geelong Grammar. Separate probes have not substantiated the allegations.

The chair of Scotch’s board, Alex Sloan, has faced calls to resign from a group of prominent alumni who believe the principal saga damaged the school’s reputation. Sloan, however, has dismissed the critics as emanating from a noisy minority.

The school charges a tuition fee of about $30,000 per year for each high school student.

As of 2010, its alumni had received more Order of Australia honours than any school in the country. These include former governor-general Sir Zelman Cowen, former High Court judge Kenneth Hayne and Indigenous eye health pioneer Professor Hugh Taylor. Past Victorian premiers Jeff Kennett and John Cain attended the school.