Scrabble-maker accused of ‘wokeness’ after banning hundreds of derogatory terms

London: The owners of Scrabble have banned players from using “offensive” words, sparking a furious backlash from players who have accused the company of “virtue signalling”.

The toy company Mattel, which owns the rights to the board game outside North America, has removed 400 derogatory terms from its official list of playable words. 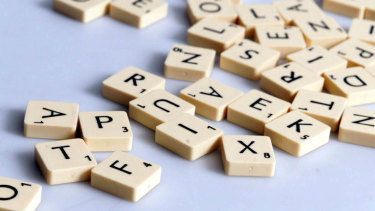 Although Mattel has refused to publish the list, the game’s official word checker reveals that it includes racial slurs against those of black, Pakistani and Irish origin.

However, David Webb, a British Scrabble grandmaster, accused Mattel of pandering to “wokeness”.

Webb told The Times: “Mattel are not responding to any demands or conflicts from within the Scrabble world, which is international, inclusive and friendly. Therefore its actions are seen by many as virtue signalling, making a token gesture or ‘woke’.”

The ruling – which follows a similar move by the American rights owner Hasbro – affects competition-level Scrabble, which is played by thousands of people at international tournaments.

Mattel’s decision has also prompted three prominent members of the World English-Language Scrabble Players Association to resign in protest, arguing that playing a word was not insulting in itself.

Darryl Francis, a British author who has helped compile official Scrabble word lists for over 40 years, said he quit because Mattel’s decision had been forced on players.

“Words listed in dictionaries and Scrabble lists are not slurs,” he said. “They only become slurs when used with a derogatory purpose or intent, or used with a particular tone and in a particular context.

“Words in our familiar Scrabble word lists should not be removed because of a PR purpose disguised as promoting some kind of social betterment.”

Mattel told The Times that its intervention, which is the first time it has sought to remove words, was a political decision in response to the Black Lives Matter protests in 2020.

Ray Adler, the global head of games, said: “We looked at some of the social unrest that’s going on globally. We looked at everything we were doing as a company and opportunities to be more culturally relevant. I’ve heard the argument that these are just words, but we believe they have meaning.

“Can you imagine any other game where you can score points and win by using a racial epithet? It’s long overdue.”

A spokesman for Mattel said: “In Scrabble – as in life – the words we choose matter. Words have the power to strengthen, encourage and honour, but they also can be used to weaken, discourage and disrespect.

“Evolving the ways in which we support and stand with historically excluded communities through our brands and products has always been a top priority for Mattel, and we’ve learned from the events of last year this work must be continuous.”

SAGE warns Britain's next Covid 'wave' will start from next week