A NAVY Seal dropout who held a grudge after he failed Seal training was arrested for allegedly starting a fire on the USS Bonhomme Richard last year that injured 71 as his bizarre social media posts are revealed.

Ryan Sawyer Mays, 20, reportedly raised the suspicions of investigators during interviews in the immediate aftermath of the inferno that raged for four days and caused $30million in damage. 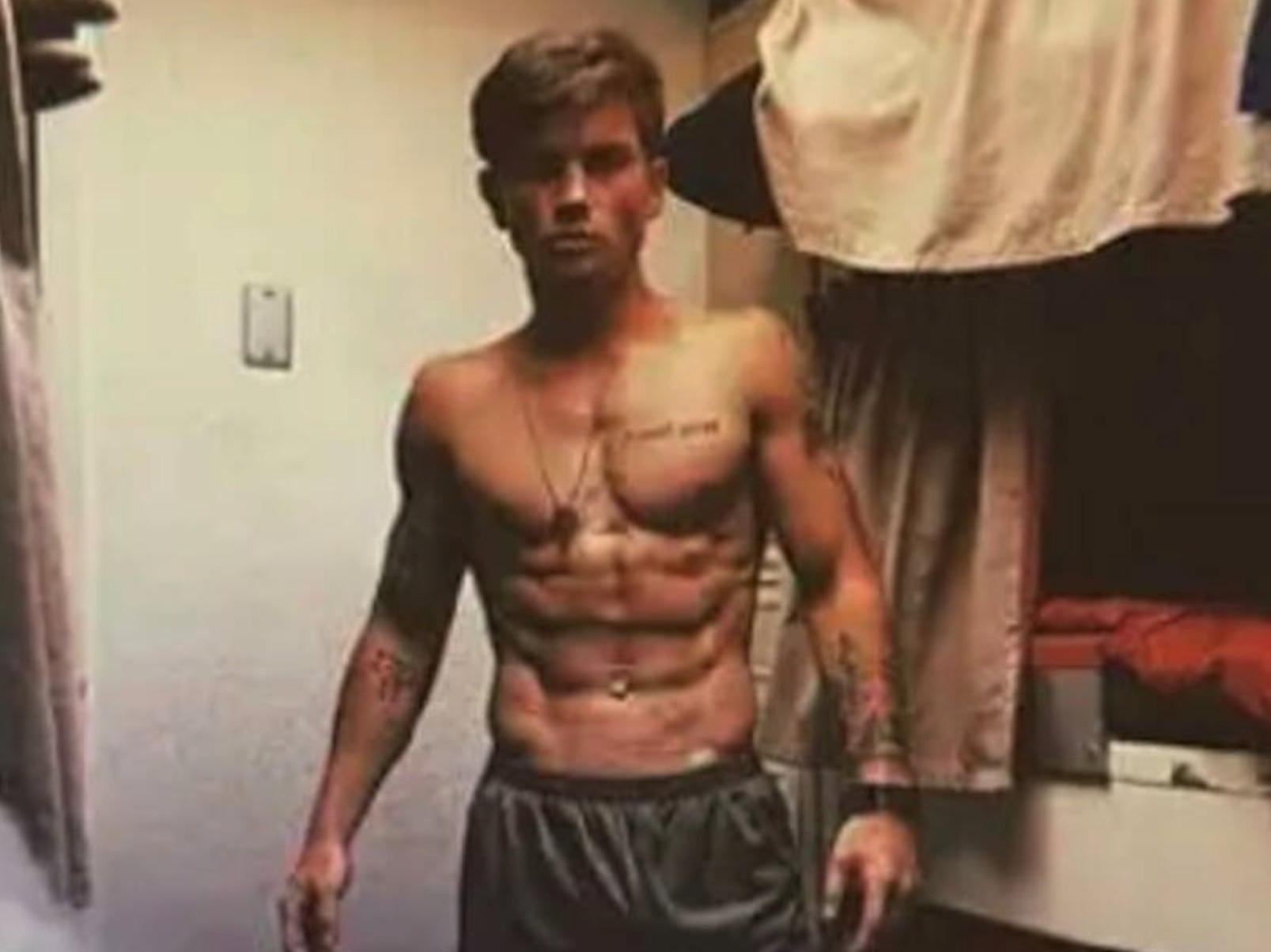 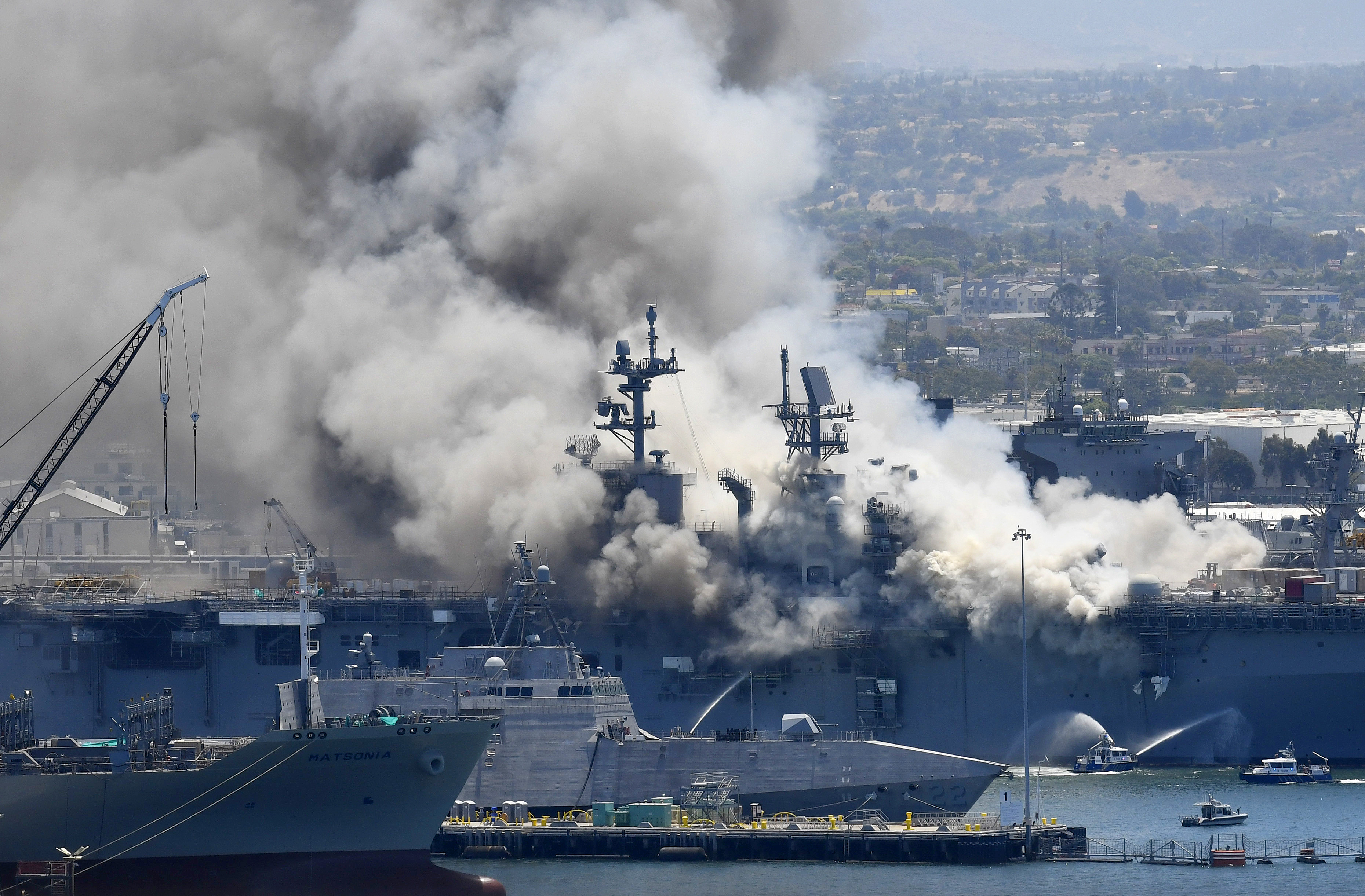 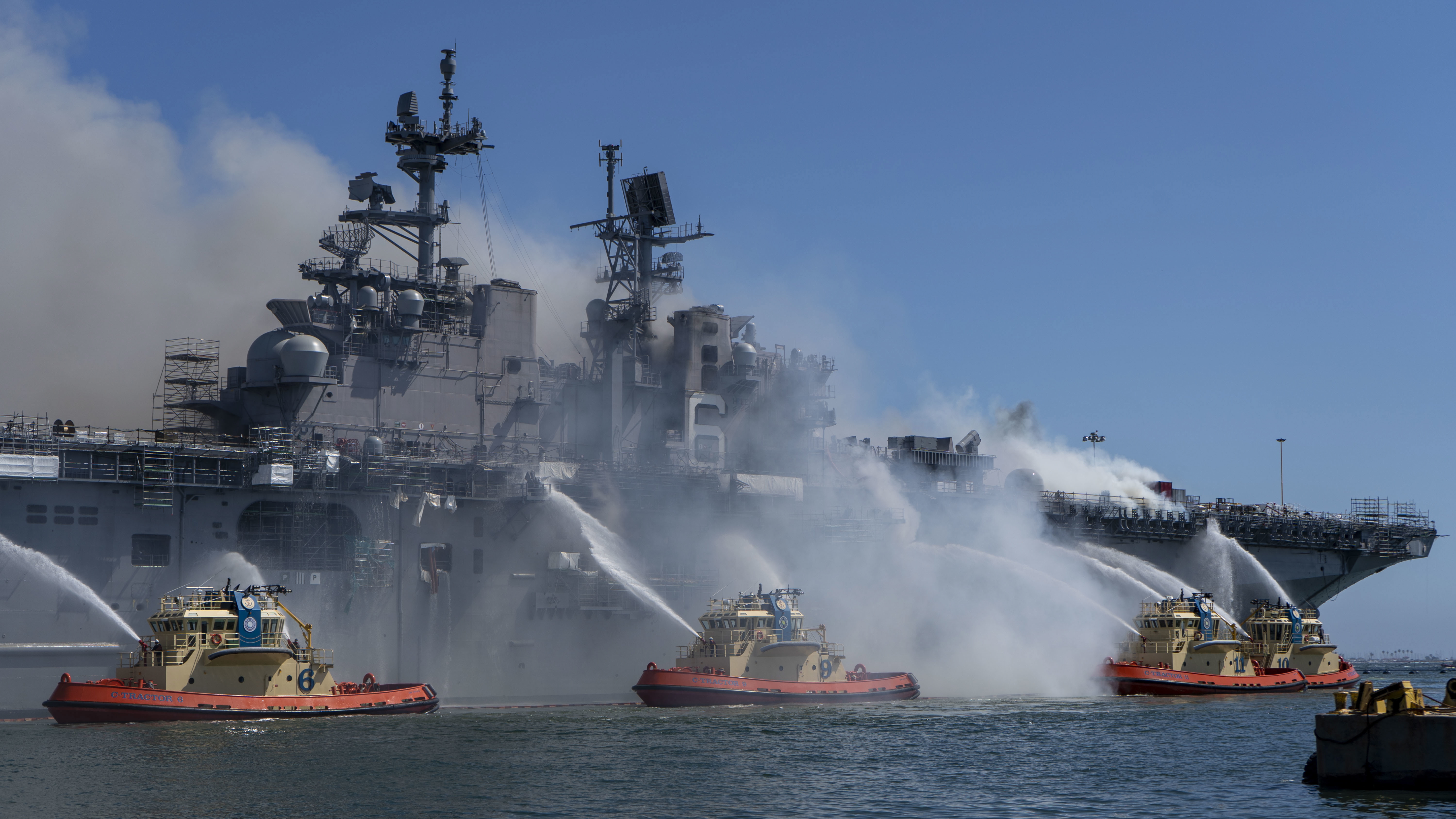 Less than a month before the fire, Mays had posted a shirtless picture of himself from his Navy bunk with the caption, “I love the smell of napalm in the morning.”

Other red flags were revealed in his interviews with investigators.

He had claimed that he was dating a female sailor and proposed to her.

The sailor said she accepted but was deployed to Los Angeles where she later told him she was pregnant.

Mays said he recently separated from her on learning that he was not the father.

The woman, named in the warrant as Armelle Ane, said that she was not engaged to Mays and had never been pregnant.

She told investigators that she had refuted Mays after he started telling people he was going to be a father and took a pregnancy test to prove it was not true.

Ane described Mays as being “volatile and bipolar.”

It is not clear from the warrant when this took place or if it spurred his alleged arson of the ship.

The 40,000-ton amphibious assault ship went up in flames in San Diego on July 12, 2020, with every level above the water being damaged on the 14-deck vessel.

It took the efforts of 400 sailors from 16 vessels, helicopter crews, the Naval Base San Diego Fire Department, and civilian fire departments to tame the blaze, which at times exceeded 1,000 degrees.

According to the NCIS warrant, 71 people were hurt or treated for smoke inhalation after the fire, although no serious deaths or injuries were reported.

The BBC reports that it included at least 40 sailors and 23 civilians.

'SEEN NEAR START OF FIRE'

The warrant states that Mays was identified during interviews of the 177 sailors assigned to the ship.

One sailor reported that he saw a “light-skinned male” near the area where the fire started but did not recognize.

However, the sailor, named in the search warrant as Kenji Velasco, also mentioned Mays and how he “hates the US Navy and the fleet.”

Velasco told investigators in later interviews that he was “90 percent sure” the person he had seen was Mays.

The warrant states: “Velasco further explained that in the hours and days after the fire, it had dawned on him that the individual who descended to the Lower V at 0805 on the day of the fire was Mays’s height and build, had fair hair that could be seen coming out from his cover, like Mays, sounded like Mays, and said, ‘I love deck,’ which is an expression Velasco knew Mays to say.”

It adds that a command master chief “identified Mays as a person who showed disdain towards authority and the US Navy.”

The warrant found that Mays joined the Navy in 2019 with the intention of training in the Advanced Electronics Computer Fields.

FLUNKED OUT OF NAVY SEALS

He later decided he wanted to become a Navy Seal and began the Buds program in October 2019.

Yet after only five days he dropped out and was reassigned to the Bonhomme Richard as an undesignated seaman.

“According to Navy leadership, the morale and behavior of sailors who had aspired to become a SEAL, and then find themselves serving in a more traditional role on a Navy ship, are frequently very challenging,” states the warrant.

In the interviews, Mays was the only person to describe a rubbery smell from the fire which would have been consistent with the materials that were on the deck where the fire started.

He also reportedly incriminated himself in the presence of two Master-at-Arms designated sailors, who “heard Mays say (unasked) that he was guilty, seemingly talking to himself.”

The 20-year-old has denied ever making the comments.

Mays faces charges of arson within a special maritime and territorial jurisdiction, use of fire to damage federal property, and making a false statement, according to the NCIS warrant. 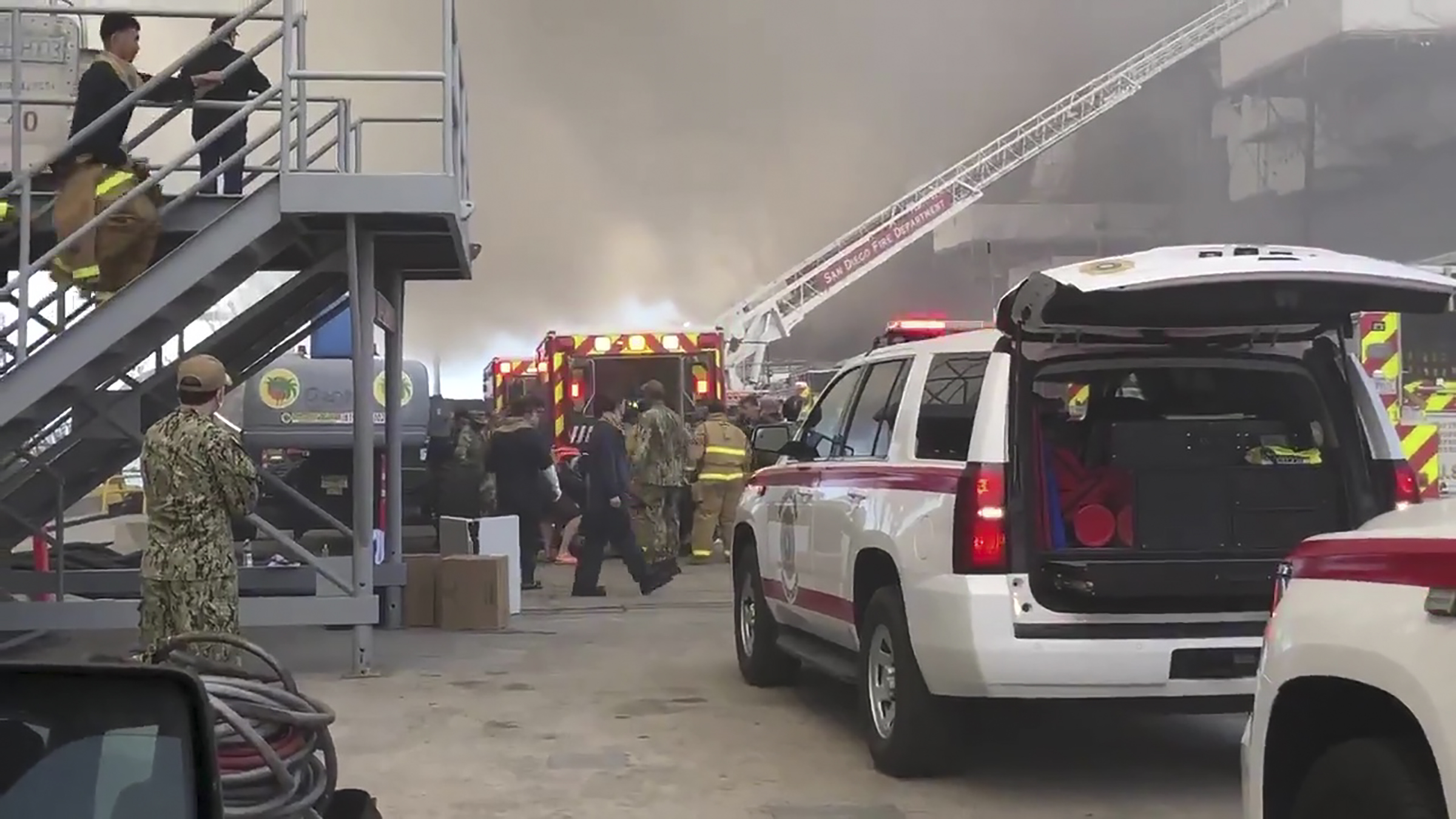 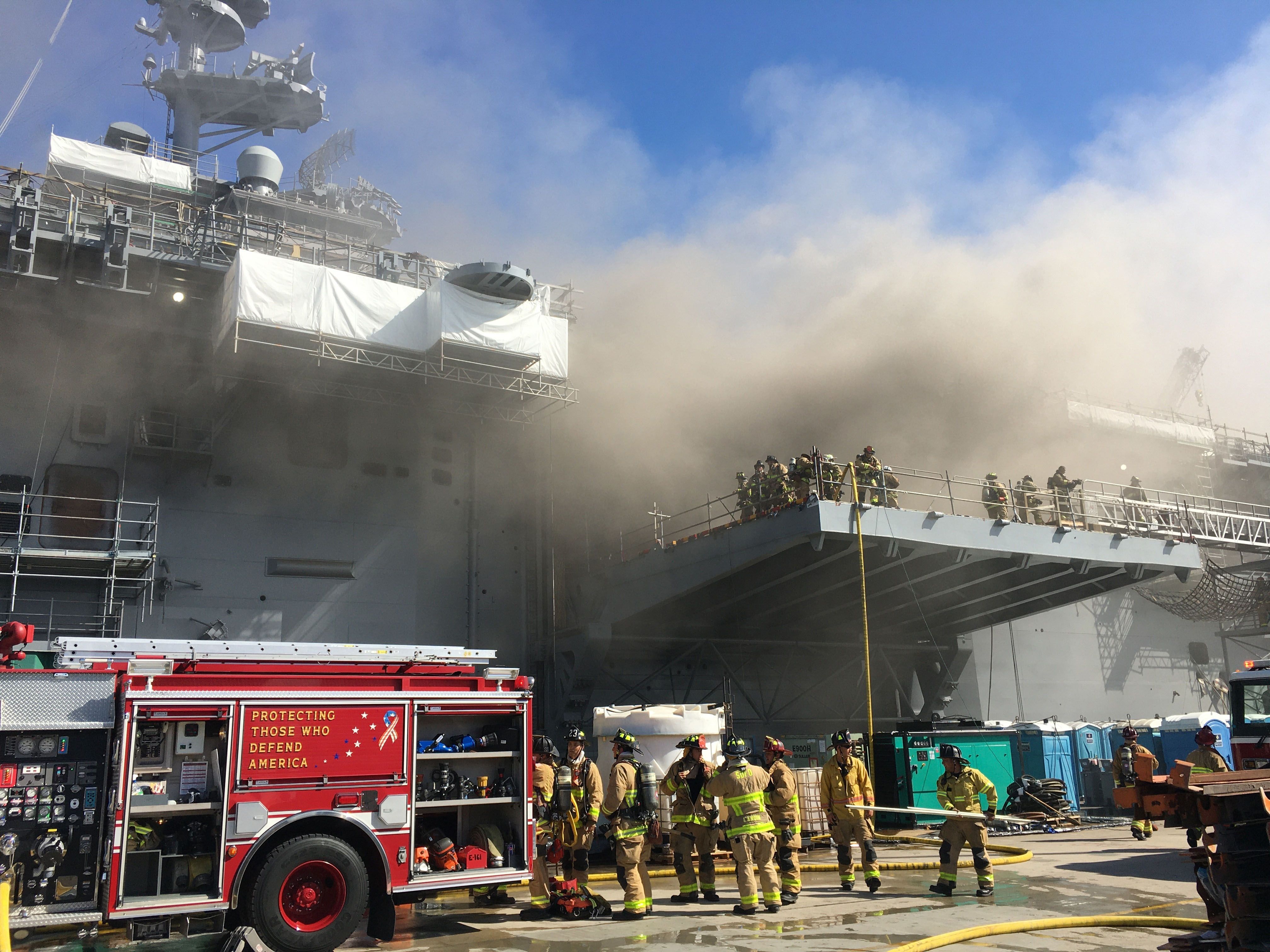 The Navy could decide to court-martial Mays instead of pressing criminal charges.

In this case, he would face aggravated arson and willful hazarding of a vessel.

His DNA match has not yet been found at the scene despite the investigation seizing his phone and taking a swab from his cheek.

The Bonhomme Richard had been awaiting a $250million upgrade at the time of the fire.

The ship has since been decommissioned and scrapped after it was revealed that the estimated cost of repairs could be as much as $3.2billion.

At least 18 firefighters who worked at the scene have filed for compensation with complaints of concussions, orthopedic issues, and dehydration.

dropout, hated, N, seal, Who
You may also like: