The Secret Service announced its Most Wanted Fugitives on Wednesday featuring suspects accused of participating in various financial and fraud schemes.

Most of the ten suspects are citizens of Russia and Ukraine and are accused of an array of financial crimes that include securities fraud, money laundering and wire and computer fraud. Aside from protecting the president and other leaders, the federal agency investigates financial and cybercrimes.

Among the listed fugitives is Artem Viacheslavovich Radchenko, a citizen of Ukraine, who is accused of recruiting another person on the list, Oleksandr Vitalyevich Ieremenko, both 29, and others who hacked into the computer networks of the U.S. Securities and Exchange Commission (SEC) and took data related to the financial earnings of publicly traded companies before they were released. 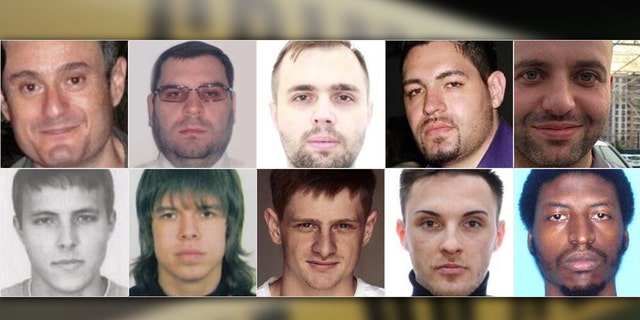 A $1 million reward is being offered for both men.

An American citizen, Rashawd Lamar Tulloch, 33, acted as a third-party money launderer that stemmed from defrauding victims of millions of dollars through online auction fraud through a Romania-based group. Tulloch managed an operation to receive and convert the payments into bitcoin or cash, authorities said.

li, New, Releases, secret, SERVICE
You may also like: