Extinction Rebellion activist weeps as she is warned she faces jail alongside six other women for causing £100,000 of damage by smashing Barclays HQ windows

An Extinction Rebellion activist wept as she was warned she could face jail along with six other women for causing almost £100,000 in damage to Barclay’s London headquarters.

Carol Wood cried as she was found guilty at Southwark Crown Court today of causing criminal damage over the incident on April 7 last year, when the seven XR activists smashed the windows of the bank’s Canary Wharf office.

Besides Cowen, the six other women all have previous convictions for either criminal damage, wilful obstruction of a highway, breaching directions imposed on public assemblies or a combination of the three offences.

Extinction Rebellion activists caused £100,000 worth of damage when they smashed the windows of Barclay’s London headquarters last April 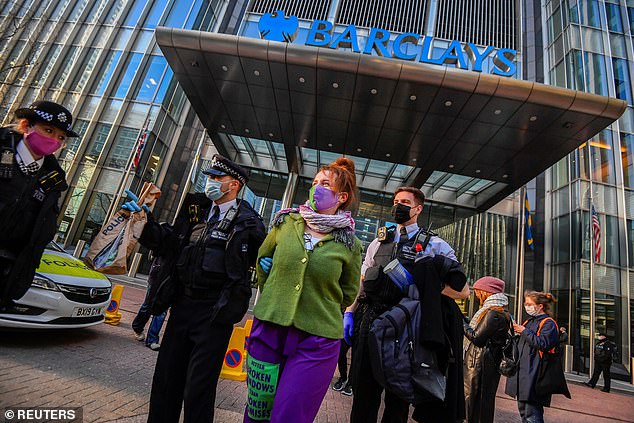 Judge Milne KC said ‘all options’ have to be considered as she adjourned the sentencing to January 27 next year at the same court.

More than 20 supporters in the public gallery gave the defendants a standing ovation after the hearing ended.

In April last year, the group spread out along the front of Barclays bank in Canary Wharf, east London, before using chisels and hammers to break the large glass panels that made up the exterior of the bank.

Jurors were told the group also stuck leaflets on the windows that said ‘In case of climate emergency, break glass’. They also pinned signs to themselves that read: ‘Better broken windows than broken promises’.

The women then sat in a line on the street as members of the press videoed and photographed them, jurors heard. 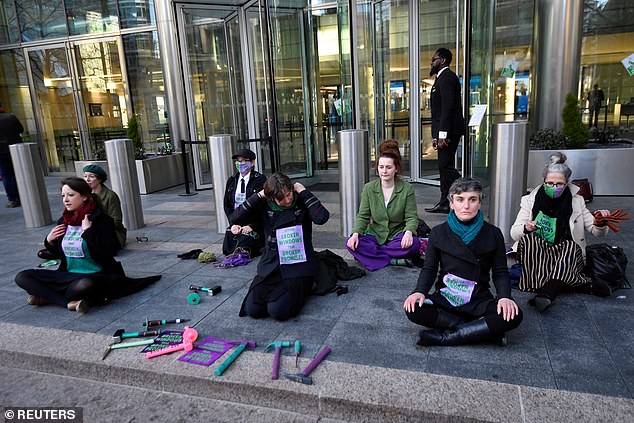 After smashing the glass panels the women then sat in a line on the street as members of the press videoed and photographed them, jurors heard 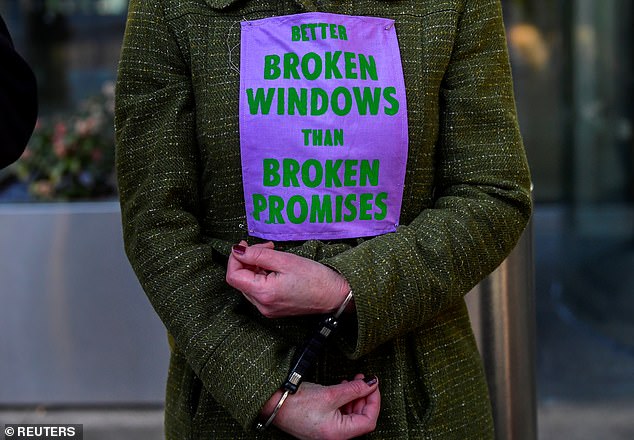 Jurors were told the group also stuck leaflets on the windows that said ‘In case of climate emergency, break glass’. They also pinned signs to themselves that read: ‘Better broken windows than broken promises’

During the trial, they argued that Barclays staff would have consented to the damage if they were fully informed about the climate crisis.

The prosecutor insisted this was not true during her closing speech. She added they were ‘doing it to impose their views and to force change’ and because they ‘believe themselves to be above the law’.

Webster, a trained cook, described Barclays as the ‘county lines of banking’, and told jurors the company is the global banking industry’s seventh largest funder of fossil fuels, and the largest in Europe.

She alleged the bank is ‘putting profits before people and the planet’ and said she ‘cracked’ the glass windows to ‘raise the alarm’.

Both she and Cowen, the founder of a social enterprise company that helps people move their money to ‘clean banks’, told the court their actions had emulated the suffragettes, who ‘cracked many, many windows’. 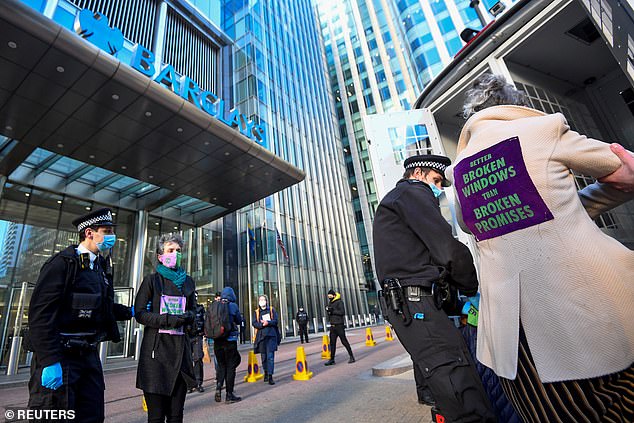 During the trial, the activists argued that Barclays staff would have consented to the damage if they were fully informed about the climate crisis 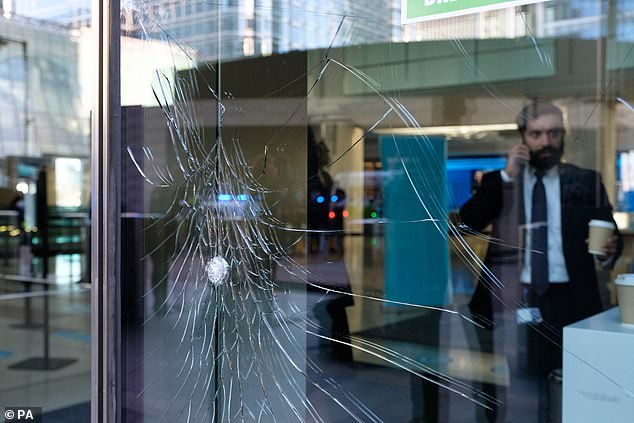 Porter, a former teacher, told jurors the bank’s windows were replaced but ‘ecosystems’ are irreplaceable and that disrupting bankers over the course of a morning is incomparable with watching a child die of starvation.

In her evidence, Ditton said Barclays is ‘financing the destruction of everything that we know and love’ and that it was ‘necessary’ to break the bank’s windows to ‘sound an alarm’.

The court heard Cohen became a Barclays shareholder in early 2021 to put forward a resolution asking the bank to phase out funding for fossil fuels which was later voted against.

Cohen said she ‘honestly’ believed that by April 2021 she had run out of other options to try to achieve change, and the repair costs – £97,022 – were insignificant to Barclays, which had spent £100million on refurbishments last year.

Both Stickells and Wood told the court they were ‘shocked’ at how much the repairs cost. 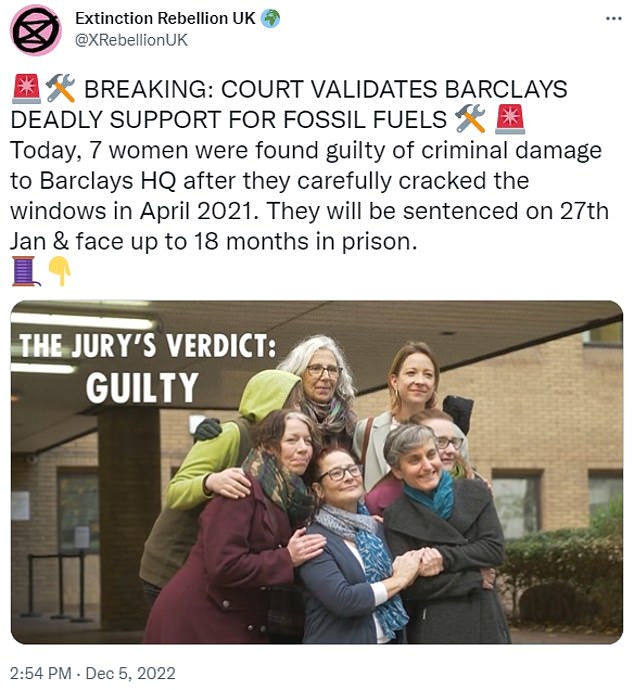 Wood, of Swansea; Stickells, of Harleston; Cowen, of Shaftesbury; Porter, of Euston, central London; Ditton, of Norwich; Webster, of Dorchester; and Cohen, of Lymm, all denied but were convicted of criminal damage.

Following the guilty verdict Extinction Rebellion shared a video of the women justifying their actions, alongside clips of them smashing the bank’s windows last April and smiling and hugging each other outside court.

‘Today, 7 women were found guilty of criminal damage to Barclays HQ after they carefully cracked the windows in April 2021. They will be sentenced on 27th Jan & face up to 18 months in prison.’