Follow
Home » World News » Shaquille O'Neal picks Dennis Rodman as worst teammate: 'He was a great player, but he made it hard'

Shaquille O'Neal picks Dennis Rodman as worst teammate: 'He was a great player, but he made it hard'

Shaquille O’Neal played with a lot of guys over his 19-year career, but when he was asked on his podcast, “The Big Podcast With Shaq,” who is worst teammate was, he barely paused before he said a name.

And that name was Dennis Rodman.

“Worst teammate? Dennis Rodman. He was a great player, but he made it hard. Like when you try to corral the guys together and the people above you [are] letting this one guy do whatever he wants. So we had to be there an hour before the game. He’d come in fifteen minutes before the game eating chicken and rice. While the coaches are talking, he would jump in the shower. Cold shower. Come and give you 15-20 rebounds.”

Shaq and Rodman were only on the Los Angeles Lakers together for the 1998-99 season, but that seemed to be more than enough for Shaq.

Shaq and Rodman have a history of beefing

There are more recent examples too. At the NBA 75 ceremony, he showed up wearing a different jacket than the players were were given by the NBA, and then threw off his jacket crashed a pic with younger players like LeBron James, Chris Paul, Dwyane Wade.

Shaq unsurprisingly had a few comments about Rodman’s behavior at the ceremony. Here’s Shaq’s comment on Rodman’s attire, from a March episode of his podcast.

“If Dennis Rodman would’ve came in with a clean cut, in a suit with some glasses like that, that would’ve went viral. A clean cut, a cold-a** suit with some nice glasses, his hair did, two girls in his arms, you know, bringing him to the podium.”

And here’s Shaq talking about Rodman’s general behavior at the ceremony.

Will these two ever let bygones be bygones and become friends? Shaq has done something like that before, so it’s possible. He and Kobe Bryant didn’t always get along when they were teammates, but later became friends. It doesn’t seem likely that Shaq and Rodman will ever eat their beef and be on better terms, but you never know. 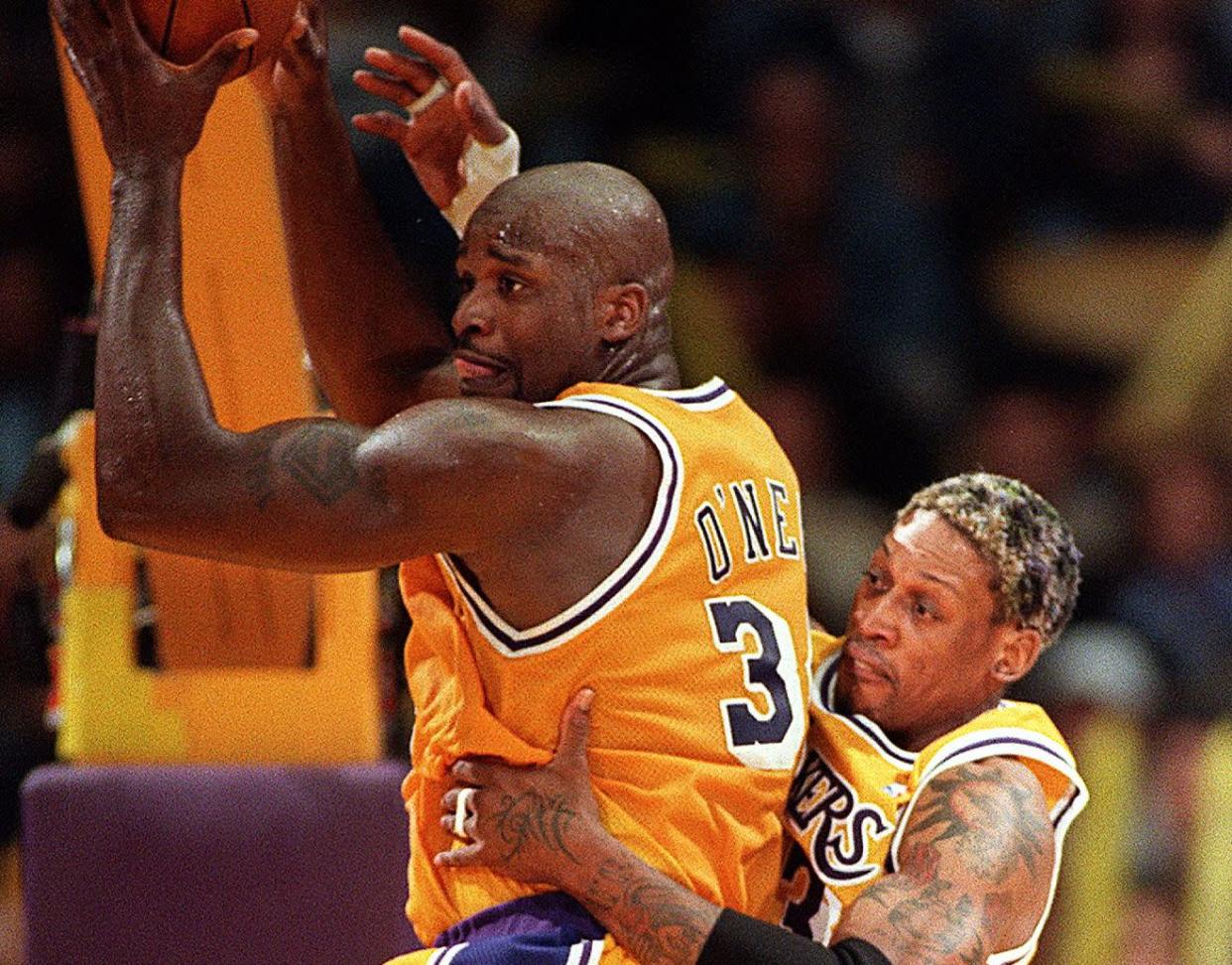