Eight men have been arrested on suspicion of trespassing and criminal damage after storming the Azerbaijan Embassy in central London on Thursday.

Metropolitan Police confirmed the arrests tonight after video footage showed a group of men from the Mahdi Servants Union on the balcony of the government building, based in the upmarket borough of Kensington.

In a series of clips shared on Twitter, they can be seen waving their distinctive blue flag while writing messages on the wall in Arabic with white paint.

Some were using head dresses, or a keffiyeh, to cover their faces as they chanted messages to the crowds who had gathered below, before replacing the Azerbaijani flag with their own.

One video showed the building on Kensington Court cordoned off as several police officers with helmets and shields prepared to storm inside.

The Mahdi Servants Union is a Shia Muslim organisation headed by the cleric Yasser Al Habib. MailOnline has contacted the group for comment. 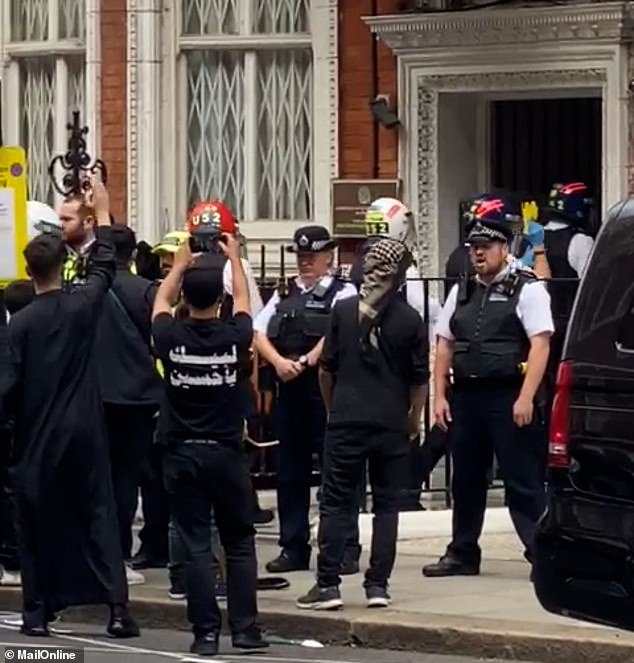 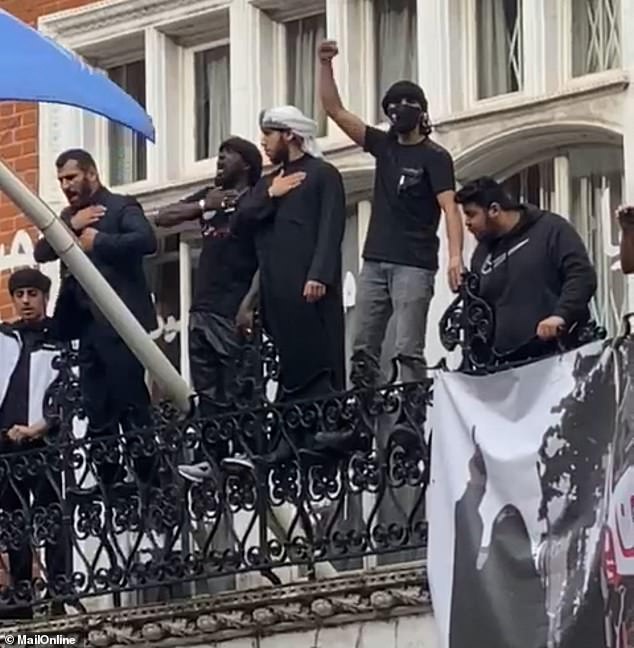 Metropolitan Police confirmed the arrests tonight after video footage showed a group of men from the Mahdi Servants Union on the balcony of the government building, based in the upmarket borough of Kensington 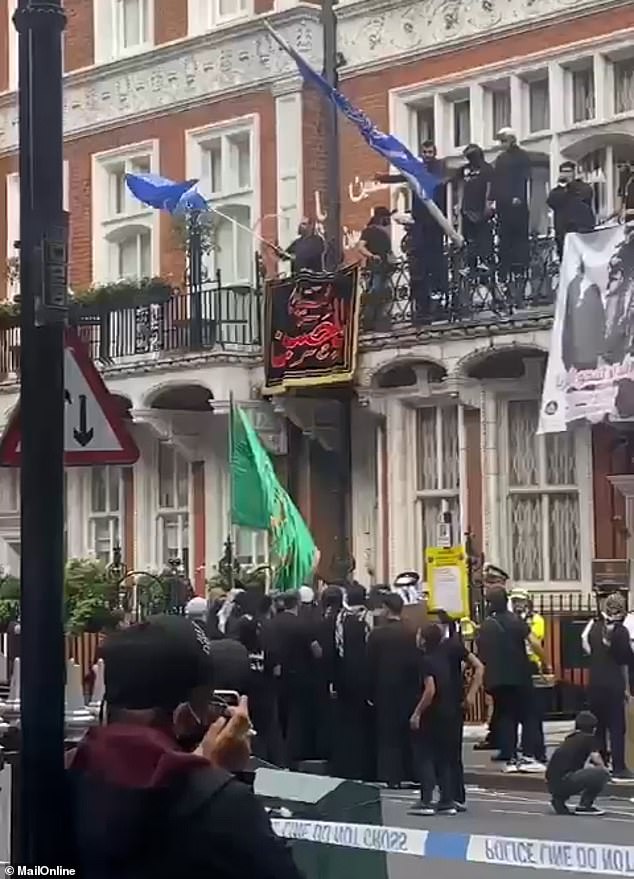 In a series of clips, shared on twitter, the protesters can be seen waving their distinctive blue flag while writing messages on the wall in Arabic with white paint.

It was not immediately clear what the protest was over, but Al Habib’s group has been openly critical of the Azerbaijan government, which they claim is oppressive against Muslims.

The former Soviet state is considered the most secular Muslim-majority country in the world, and its government actively discourages women from wearing a veil.

A Met Police spokesperson told MailOnline: ‘Police were called at approximately 16:30hrs on Thursday, 4 August to the Azerbaijan Embassy in Kensington to reports of protestors who had entered the premises.

‘Officers attended and engaged with those present. Eight men were arrested on suspicion of trespass and criminal damage.

‘They were taken into custody where they remain.’

The force said no injuries were reported while ‘enquiries are ongoing.’

Al Habib, 43, made headlines in June when his film, The Lady of Heaven, was cancelled by two UK cinema chains following a spate of protests from the Muslim community. 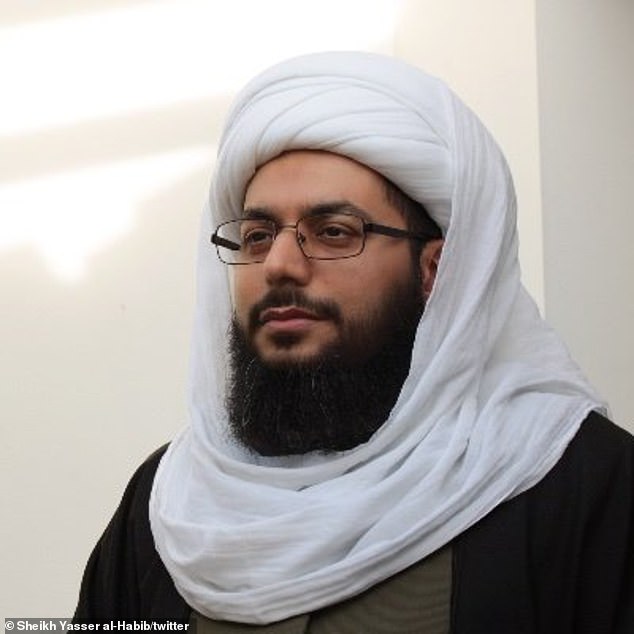 Mr al-Habib, a Shia Muslim campaigner, has regularly taken to social media to rail against Islamic figures exalted by Sunni Muslims, accusing them of being ‘culprits’ who ‘conspired’ to take over Islam after the Prophet Muhammed.

Protestors claimed that this is reflected in The Lady of Heaven, which is offensive to their beliefs and is a ‘dangerous attempt to spread sectarian hate with the UK’s Muslim community.’

Other aspects of the film the protestors considered blasphemous are that it portrays the Prophet Muhammed’s face and that of his close associates through computer generated imagery, while their voices can also be heard – something that is forbidden in Islam.

Mr Al-Habib’s website openly proclaims his involvement in The Lady of Heaven claiming that it is an attempt to ‘enlighten the world’.

The film follows the life of Lady Fatima, the daughter of the Prophet Muhammed, but also suggests that key figures around him ‘usurped’ the faith, which is considered highly offensive to many mainstream Muslims.