Shocked British family discover dead Irishman in their Spanish holiday villa pool: Victim ‘feared to have slipped and hit his head then fell in water while fleeing neighbour’s dog’

An Irish holidaymaker has turned up dead in his neighbour’s pool in Costa del Sol in a mysterious case which is puzzling Spanish investigators.

The unnamed father-of-two was found floating face down in the pool at a multi-million pound villa in Benavista at daybreak on Saturday morning.

Police have not yet determined the events that led to his death, but it is believed he may have slipped and hit his head upon being startled by a barking dog, causing him to collapse unconscious into the water.

It is still unknown why the man was on his neighbour’s property, given that his family owns a large holiday home just next door.

He was discovered by a British family renting the villa at the time, who have since moved into a nearby hotel while detectives conduct their investigations.

A police spokesman confirmed the death but refused to say whether foul play may have been involved.

‘We cannot give out any information at this stage except to confirm that a man was found in a pool on Saturday morning,’ the spokesman said. 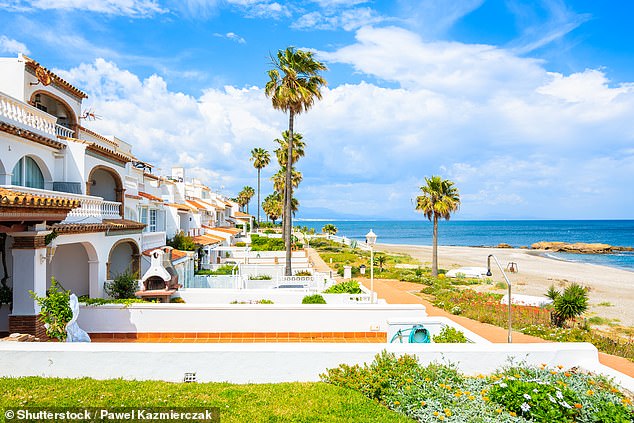 A Cuban man who owns the property told Olive Press that two men – the deceased and a man believed to be his brother – climbed his fence and jumped into the grounds at around 5am.

He said his dog, a black labrador named Napoleon, barked at the intruders and could have startled them, causing one to slip and sustain an injury which led to his death.

‘I know that my dog Napoleon barked loudly and maybe chased them and that soon after 5am I got a phone call telling me about the body.’

The man said CCTV footage taken from his house which showed the pair trespassing on the property had been given to police.

The deceased’s brother is believed to have fled the property, and Olive Press reporters said he left behind bloody handprints, suggesting he too was injured in some way.

But the details of the case remain largely unexplained.

‘It is really terrible. Horrible what happened and a real mystery what they were doing. All I know is it was very dark and you couldn’t make out their faces,’ the property owner told Olive Press. 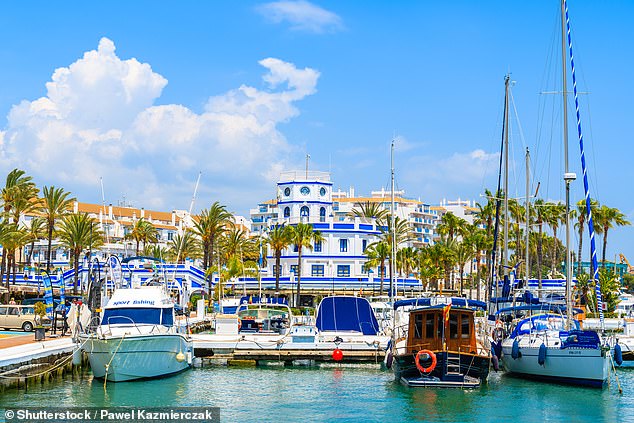 Police are investigating whether the pair may have been under the influence of drugs when they decided to trespass, though the results of a toxicology report have not yet been released.

Meanwhile, the owner of nearby nightlife spot Bernie’s Bar said the deceased had been enjoying a meal and drinks at the establishment with his family prior to the incident.

The owner said the family had been visiting the area ‘for decades’ and that they had ‘a really nice evening and were just enjoying themselves’ the night before the holidaymaker turned up dead.

Investigations into the mysterious incident continue.